Two hours before the midnight release of his debut solo LP, My Name Is My Name, Pusha T is feeling supremely confident. “Man, I’ve been saying for a minute now, it’s the album of the year,” he declares. The 36-year-old rapper, best known as one half of the Virginia duo the Clipse, is holding court in a crowded dressing room at New York’s Gramercy Theatre. Executive-produced by Kanye West, with guest appearances from Kendrick Lamar, 2 Chainz and Rick Ross, My Name Is My Name is a major milestone for one of hip-hop’s most respected lyricists, and tonight, everyone wants to pay homage. Label reps, radio personalities, journalists and friends keep wandering in to offer their congratulations. “I love it,” Pusha says, grinning. “I feel like I’m exactly where I’m supposed to be.”

There’s one important person missing from this scene: Pusha’s older brother Gene, whom fans knew for a decade as Malice, his partner in the Clipse. A few years ago, the elder Thornton found God, and this summer, he released a Christian rap album called Hear Ye Him under the new name No Malice. The Clipse haven’t performed together since early 2011, and Pusha won’t be rapping any verses from their three acclaimed LPs tonight. But he stresses that he and his brother remain close. “I’m still connected to the Clipse, no two ways about it,” he says emphatically. “And I love my brother. He’s on his mission, and I’m in full support of it.”

The Clipse dealt with more than their share of setbacks and complications over the years. Their 2002 hit “Grindin'” drove their first album to gold status, but their follow-up LP, Hell Hath No Fury, was infamously delayed until late 2006. And while that second album became a landmark of 2000s hip-hop, the duo bristled at the stereotypes they found in even some of their most positive reviews. “You know, they give you this label of ‘coke rap,'” Pusha says. “Once they do that, they take away every ounce of creativity that you put into the verse. It’s a metaphor for the streets. Every artist has a base which they revert to. Mine just happens to be cocaine.”

But drugs were more than a metaphor in the Clipse’s world. In April 2009, their former manager, Anthony Gonzales, was charged with running a $10 million drug ring, and several other close friends were caught up around the same time. Gonzales was sentenced the following winter to 32 years in prison. “It was terrible,” Pusha says. “And it wasn’t just Tony – it was eight more who were in this music game with me. They wanted to see us win.” He shakes his head. “It’s painful today.”

The legal drama in their inner circle deepened the creative divisions that were starting to form between the Thornton brothers. “I believe that had a lot to do with it,” Pusha says. “It makes me a little bit upset sometimes, because I feel like if I had my choice, I wouldn’t be a soloist.”

After the Clipse released 2009’s Til the Casket Drops, Pusha assumed that they would go on to make another album. Malice had other ideas. “I didn’t make that decision,” Pusha says of the hiatus. “My brother made that decision. He told me to go ahead and do my solo project. I thought he was bluffing! He proved me wrong.” 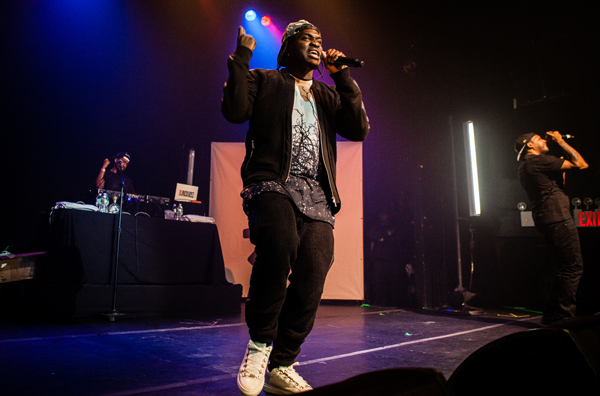 Striking out on his own, he says, was “scary” at first. In 2010, he began working closely with Kanye, recording key guest verses for My Beautiful Dark Twisted Fantasy and signing with the superstar’s G.O.O.D. Music. “Everything that goes on under the ‘Ye umbrella,” Pusha says, “the creativity is just top-notch.”

That meant long, involved discussions with his new boss about practically every detail of his solo debut and its promotion. “Sometimes it’s combative,” Pusha says. “It’s little things that he’s very particular about, but it just shows that he’s really dialed into my project. ‘Ye thinks about the betterment of the song, and you’ve gotta put your ego aside. One time, we were going back and forth about something, and he was like, ‘Yo, you know, I do have 13 Grammys!’ Or something like that.” (West actually has 21.) “What do you say after that?”

The exacting process resulted in an album that Pusha sees as a showcase for all the ways he’s grown as a writer over the past 11 years. “It started out with me just being a brash, arrogant, crafty wordsmith,” he says. “Now I want you to understand where I come from. I want you to know my thought process, my mentality – even where some of the ignorance comes from. There’s reasoning behind all of it, and I think I did a great job of explaining who I am in this album.”

Where Does Kanye West’s “Runaway” featuring Pusha T Rank on Our 50 Best Songs of 2010?

Pusha heads upstairs: It’s showtime. Standing tall in front of a strikingly minimal stage set – Kanye’s influence – he spits out rhymes from the new LP with poisonous precision, smirking at his meanest punchlines. Most of the 500 or so fans in the room seem to know every word already.

After the show, I find him decompressing in a second, smaller backstage room with just a couple of pals (including longtime associate Ab-Liva). “This is the part of the game that I enjoy the most,” Pusha says. “Seeing the fans, and watching a line that I wrote hit them – I’m thinking to myself onstage, like, ‘What the fuck are you going through, that you relate to that, and I see it on your face?’ So crazy.”

I ask if he wishes his brother had been standing next to him onstage, and his reply is instant: “Oh, yeah.” Has he expressed that to his brother? “No,” he says quietly. “I don’t tell him that. I want him to be happy at all costs.”

He points out, again, that he and No Malice are far from estranged. He says they talk almost every day. “He checks with me all the time, like, ‘How you doing out there? You okay?'” But music is one subject that he never brings up when they talk.

Stilll, Pusha says he holds out the hope of making a new Clipse record somewhere down the line, maybe with Kanye or their old friend Pharrell Williams producing. “I like the fact of us having different perspectives,” he says. “I watched OutKast do it for years. No one would be able to do it better than me and my brother.”