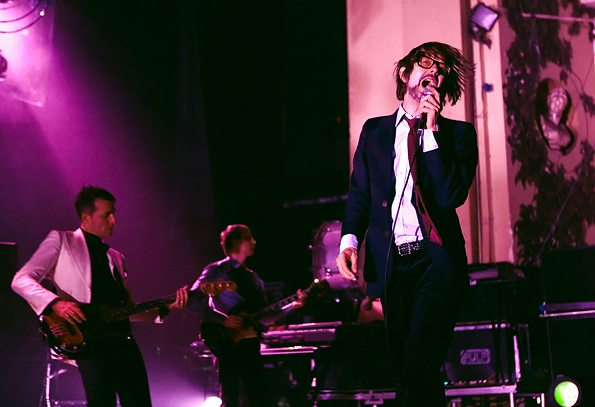 Britpop icons Pulp have announced their first shows in the United States since a brief North American jaunt in support of their album This Is Hardcore back in 1998. The band has added shows at Radio City Music Hall in Manhattan on April 11th and the Warfield in San Francisco on April 17th, in addition to their previously announced sets at the Coachella festival in Indio, California on April 13th and 20th.  The ample space between those dates should give American Pulp fans some hope that other concerts will be scheduled.

Pulp reunited last year after a nine-year hiatus for a tour mainly focused on festival appearances throughout Europe. The band promises to play material from throughout their career, though most gigs on the 2011 tour emphasized songs from their 1995 breakthrough album Different Class.