Sunglasses company Arnette Eyewear, which has previously made branded shades for metal thrashers Slayer and hardcore legends Bad Brains, recently hooked up with a musical group known more for revolution than fashion: Public Enemy. Beginning Monday, the company is offering a limited-edition Public Enemy Collection as part of its “Uncommon Projects” initiative. The glasses play off Arnette’s Witch Doctor frames and feature interchangeable arms in black and white, sporting the group’s logo, as well as a micro-fiber cloth that also features the group’s logo.

“I like to wear sunglasses, but I don’t like to wear sunglasses at performances,” the group’s Chuck D says. “We decided to do this because we were tired of not having things for people. We’re not going to go do some lucrative vodka shit, where it’s the rapper goes big and has his own vodka. I can’t do that. I’m not part of that one. But I hope these do well.”

Hour of Chaos: The Best of Public Enemy 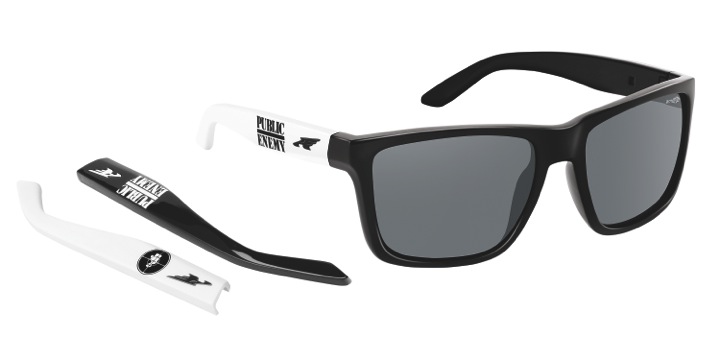 Since the frames feature both Public Enemy’s name and their logo – a man in the crosshairs of a gun sight that the group constructed in 1986 – Chuck D explained their significance to Rolling Stone. “The crosshairs logo symbolized the black man in America,” he says. “A lot of people thought it was a state trooper because of the hat, but the hat is one of the ones that Run-DMC wore. The B-Boy stance and the silhouette was more like the black man on the target.”

1986 the construction of the logo, magic markers -white out copy machine -Exacto knife ..no computer or Photoshop pic.twitter.com/67SV6vFK2H

The group’s name has more historical origins. “The United States Constitution once considered black people to be three-fifths of a human being,” Chuck D says. “If this is a public document, obviously we must be the enemy, so that’s where the name Public Enemy came from.”

Earlier this year, Public Enemy celebrated the 25th anniversary of their song “Fight the Power,” which played heavily in the Spike Lee movie Do the Right Thing, where it got repeat plays. “I feel like Pete Seeger singing ‘We Shall Overcome,’ [when we perform it],” Chuck told Rolling Stone this past June. “‘Fight the Power’ points to the legacy of the strengths of standing up in music.” 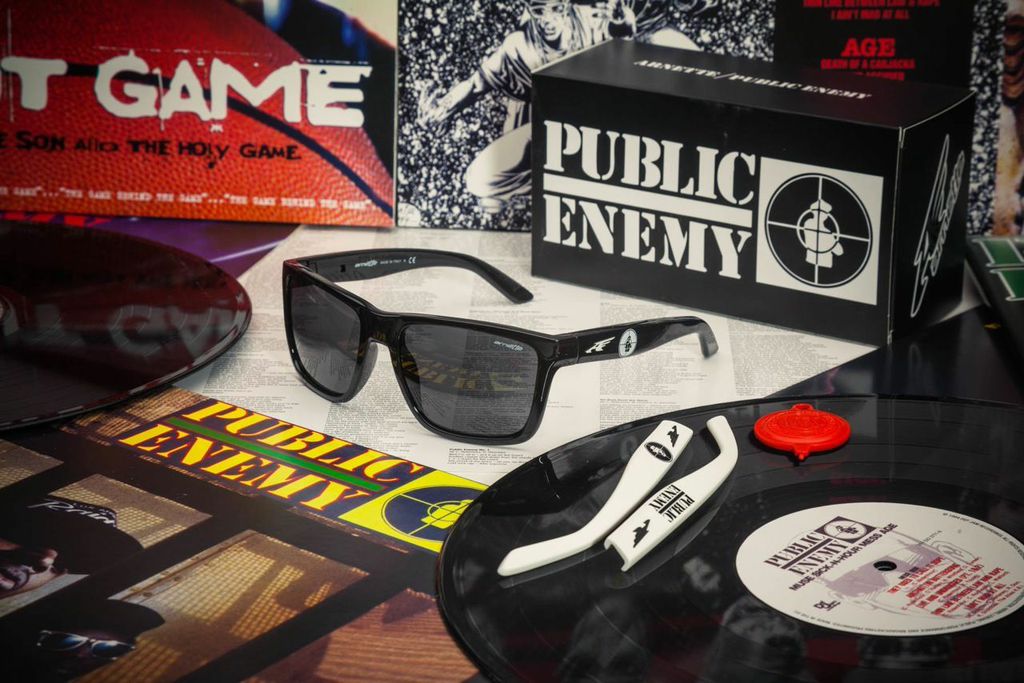