A Haight-Ashbury Museum of Psychedelic Art and History is in development in San Francisco, but former Jefferson Airplane guitarist Jorma Kaukonen has beaten them to the idea. In June, Kaukonen will officially open the Psylodelic Museum, a collection of Haight-connected artifacts, at his Fur Peace Ranch in southeast Ohio.

“It’s a window of the time,” Kaukonen says. “To use a mixed-metaphor song title, it’s about the way we were.”

Housed in an old silo on the grounds of the ranch (hence the punny name), the museum currently includes donations from Kaukonen and longtime San Francisco-related friends. From his own personal collection, Kaukonen contributed concert posters from the Fillmore and Winterland (featuring Love, Muddy Waters and Moby Grape) as well as a rug from the famed Jefferson Airplane house. His old friend Wavy Gravy donated the sleeping bag he used at Woodstock. Jack Casady, Kaukonen’s former Airplane bandmate and ongoing partner in Hot Tuna, donated a custom-made tunic he wore at Woodstock and some of his old eyeglasses.

“You look at this stuff and think, ‘What were we thinking?'” Kaukonen says with a chuckle. “Jack had some of these unbelievably large glasses – like Elton John’s but without the jewelry.” 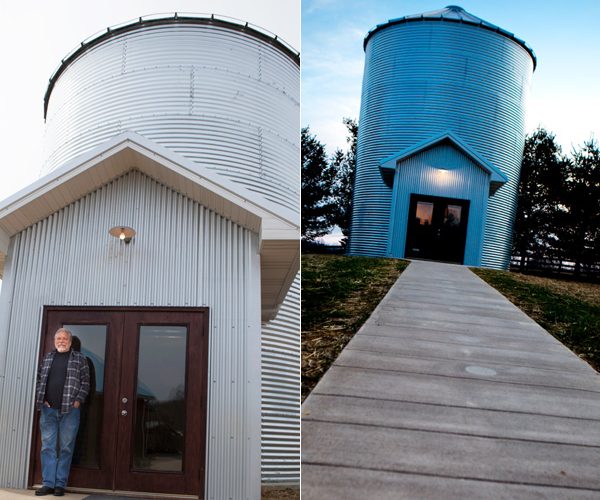 Casady credits his late wife, Diana, who recently passed away from cancer, with helping him salvage his vintage wardrobe. “I would say to her, ‘I’ll just rid of these clothes,’ and she would say, ‘No, we’ll find a place for them,'” he says. “So years ago I had them all dry-cleaned and hung and stuck in a closet. The clothes went along with the whole scene back then. It wasn’t about your image. It was just a hoot getting involved in designing your own clothes and guitar straps.”

In a sign of how far the musicians pushed the fashion envelope at the time, Casady remembers once trying to wear an outfit made from furniture upholstery: “The material was fantastic, but it was too hot to play in, so it was almost unusable.”

Although the posters and milieu bring to mind the heyday of the Airplane and the Grateful Dead, Kaukonen says tie-dye will be in short supply at the museum (which has so far raised just over $25,000 on Kickstarter); “A lot of people think of hippies as tie-dyed, but my memory of what I consider to be hippies is the people who dressed in Edwardian clothes or things from the American West,” he says. In that vein, Kaukonen donated some of the Native American-based jewelry he bought at the time, including a necklace that unintentionally resembled the Nazi symbol. “I wore it for a number of years,” he says. “Obviously, many people saw the Hakenkreuz [the Nazi party symbol], not the spiritual item I saw.” 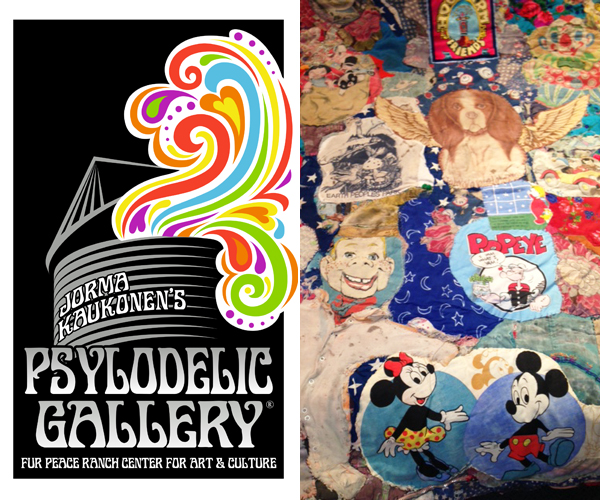 Many items from the era didn’t survive those heady times. Kaukonen says his own patch-covered bell bottoms are long gone (“mercifully,” he says), as are Casady’s legendary headbands. The bassist’s own set of Fillmore concert posters also bit the dust.  “When I shared a flat with Marty Balin in the Panhandle in San Francisco, I had every poster pinned to the wall,” Casady recalls. “So when it was time for me to get a house of my own, I just left them all on the wall. And there you have it.”

For future exhibits, Kaukonen is hoping to reach out to old musical friends like David Crosby and Paul Kantner, as well as Grace Slick, who retired from music years ago and now concentrates on painting. “She doesn’t do email,” he says, “so when I called her last year and got her answering machine, her outgoing message is her blowing a huge raspberry. Grace is still so funny.”

Founded in 1989, Fur Peace Ranch hosts guitar workshops and concerts (Steve Earle recently played there), and Kaukonen admits that pulling in additional tourist revenue is another goal of the museum. “Even though we’re non-profit, we’re only non-profit by accident,” he says with another laugh. “My wife, Vanessa, thought we should have something of interest, like roadside America. All I know is that it’s going to be more interesting than the world’s largest ball of twine in Kansas.”