A professor from England’s Kingston University will be dressing as each David Bowie persona for the next year in an effort to better understand the elusive rock star. Along with Bowie’s unique garb, film and cultural studies professor Will Brooker will also “method-act” personas like Ziggy Stardust and the Thin White Duke, fully immersing himself into their inherent Bowieness.

“The idea is to inhabit Bowie’s headspace at points in his life and career to understand his work from an original angle, while retaining a critical and objective perspective at the same time,” Brooker explained, according to the NME. The Guardian reports that he has been to Bowie-related cities such as Brixton, Bromley and Beckenham and will visit Berlin next month.

As part of his immersion, the professor has also adopted Bowie’s strange dietary habits — the milk and red peppers he infamous lived off of during the Seventies — and struggles with sleep-deprivation, though he won’t be able to adopt all aspects of Bowie’s lifestyle. “His mansion in Beckenham has been demolished, for instance, and I’m unlikely to have a fling with Mick Jagger,” he offered in a statement. “However, it is possible to engage with and get a feel for his experiences without immersing oneself to a dangerous extent.” 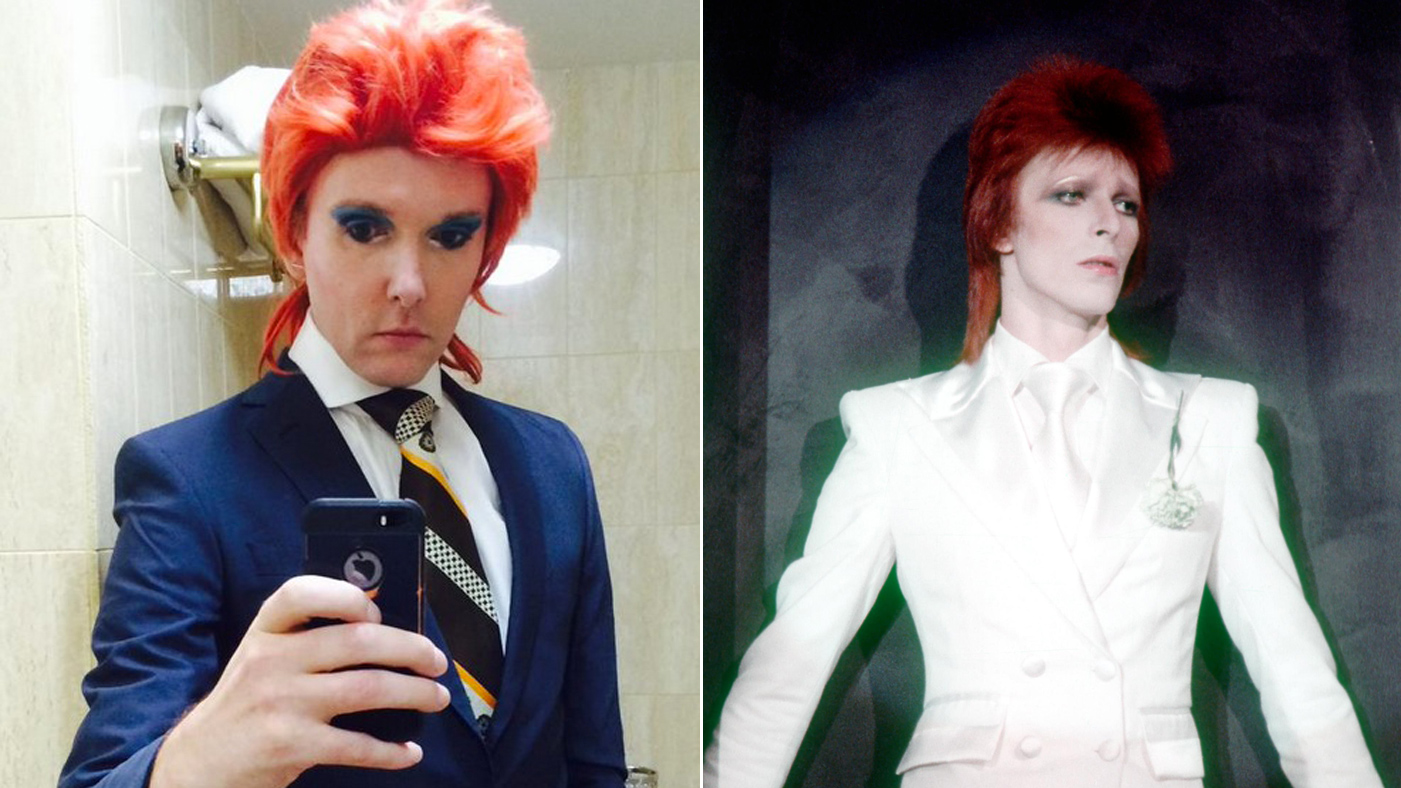 Though Brooker hopes Bowie will catch wind of his research project, he’s aware that the rock star will either remain silent or vague on it. “Everything he says and does in public is performance, so if he did hear about it, we would be unlikely to know what he genuinely thought,” the professor said.

In recent years, Bowie has kept a low public profile, though he did surprise fans with new music in 2013 with his album The Next Day. In September, he’ll launch a massive box set series, beginning with Five Years 1969-1973. The rare, original take of the 1971 single “Holy Holy,” which will appear on the box set, is streaming here.