On October 6th, nearly six months after Prince’s death from an accidental overdose of the opioid fentanyl, his fabled Paisley Park compound in Chanhassen, Minnesota, will open its doors for public tours. In preparation, workers digging through its rooms have found an array of treasures: from vintage outfits (including the one he wore at the Super Bowl halftime show in 2007) to a book with 40 to 50 pages of handwritten lyrics and a secret room that hid unreleased video footage.

“Everywhere I turn,” a source close to the project tells Rolling Stone, “it’s, ‘Holy crap.'” Even more surprising are the detailed guidelines Prince left behind for turning Paisley Park into a museum after his death – including a wall-mounted timeline of his life through the mid-1990s and messages and texts sent to friends that specify how he wanted fans to walk through Paisley Park. “We’re seeing e-mails he sent four months before his death that say how he wanted it,” says the source. “He wasn’t foreshadowing anything. [But] he always wanted his fans to come here. He left us a big road map.”

Unfortunately, the museum is about the only aspect of Prince’s affairs that has a road map. His estate has become a tangle of legitimate and dubious heirs, daunting financial burdens and tough questions over who should have a say in shaping his legacy. A perfect example of the chaos was seen in the planning for the official Prince tribute concert, currently scheduled for October 13th at the Xcel Energy Center in St. Paul, Minnesota.

Originally set for August at U.S. Bank Stadium in Minneapolis, the show was postponed several times and an early promoter dropped out at the last minute. Just when it seemed that the concert might not take place, a lineup – featuring Stevie Wonder, Christina Aguilera, Chaka Khan, John Mayer, Morris Day and the Time, and members of the New Power Generation – was rolled out less than a month before the show. 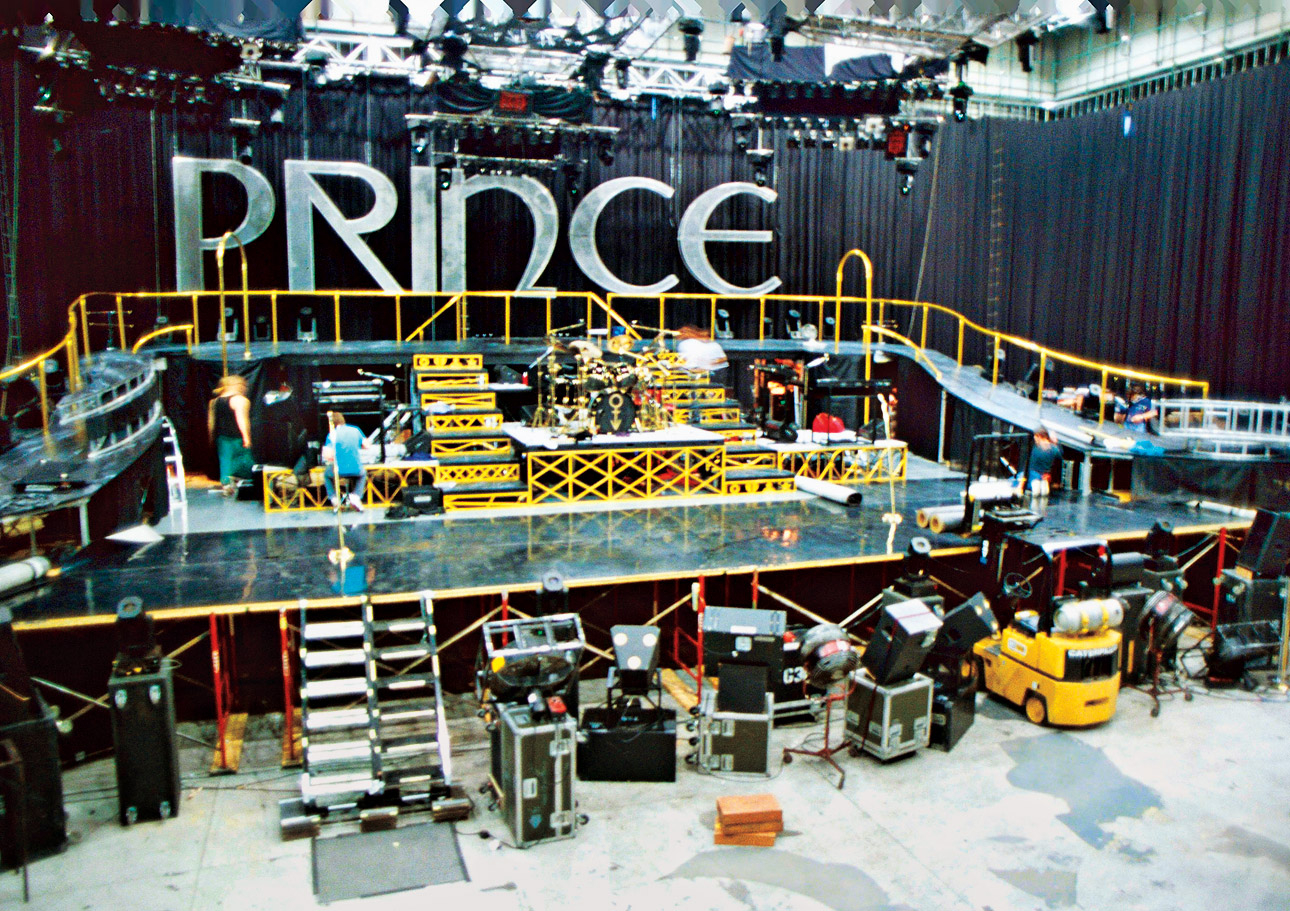 The issue of who controls Prince’s assets is even messier. Since he left no will and had no known children, his estate will be split among his sister, Tyka, and his half-siblings Sharon, Norrine, John Nelson, Alfred Jackson and Omarr Baker. “I don’t think Prince was too concerned about these earthly concerns we have,” says Frank Wheaton, Jackson’s attorney.

Yet more than two dozen people filed affidavits of heirship, including a woman who claims she secretly married Prince in 2002. She was unable to produce either the wedding certificate or a secret will she claims to possess because “the CIA and other agencies consider both documents to be top-secret,” according to court papers. As Judge Kevin Eide said during one hearing, “In many ways, we are in uncharted water here.” Most of those claims have been thrown out by the court.

Prince’s family now faces a daunting estate-tax bill that will come due in January, based on the value of his recorded work and real estate. Some have estimated his assets at as much as $300 million, and Prince’s estate may owe as much as half that amount.

“We’re seeing e-mails he sent four months before his death that say how he wanted [Paisley Park to look],” says one source.

One surefire revenue generator will be Prince’s music. To temporarily help manage his assets, Bremer Trust – the Minnesota bank and investment firm chosen by a court to serve as special administrator for Prince’s estate – appointed two industry veterans: L. Londell McMillan, who once served as Prince’s lawyer, and longtime executive Charles Koppelman, who brokered the deal for Prince’s 1996 album Emancipation. According to McMillan, a possible hits package could be released by year’s end.

Even more valuable, potentially, is the massive amount of unreleased music and video in his vault at Paisley Park. McMillan says fans should expect to hear some of that material next year. “We’re still doing inventory, and we’re still mourning,” he says. “I know the world wants to commercialize it, but we’re still getting through the stuff.”

One source has estimated that the vault contains “thousands upon thousands” of tapes, but as of press time, no Prince associate had been put in charge of sifting through the material. Bremer Trust contacted Susan Rogers, Prince’s engineer for much of the 1980s, who tells Rolling Stone she’s willing to play an advisory role but nothing has been nailed down yet.

“We need to approach this with love and care and a high moral compass,” Rogers says. “Some of his fans have written to me and begged that his material not be altered in any way.” Among the gems Rogers would love to see released are a version of “Nothing Compares 2 U” with Prince singing lead, and the 1982 outtake “Moonbeam Levels,” which she calls “poignant and revealing, which is probably why it was both valuable and risky for him.”

Paisley Park’s 12,400-square-foot soundstage and the more intimate nightclub next to it will eventually host live performances.

A source close to the family members says they initially weren’t happy with the decision to appoint McMillan and Koppelman. Sources say the family members would prefer others who worked more closely with Prince in recent years, such as Trevor Guy, who ran Prince’s NPG label. To the family’s surprise, Koppelman told the New York Post that he thought the unreleased songs in Prince’s vault could be turned into a Broadway musical.

For now, Prince’s family is focusing on opening Paisley Park to the public. The compound will be managed and overseen by Graceland Holdings, the same group that runs Elvis Presley’s famous home. The company approached Prince’s family over the summer and invested several million dollars.

Fans touring the facility will only have access to the first floor; they won’t be able to see the basement vault, the elevator where Prince was found dead or his private apartment on the second floor. Yet there will still be plenty to experience: More than 12 rooms will be decorated thematically, each documenting a particular era of Prince’s career, down to period costumes, instruments and unreleased concert footage. The recording studios will remain active, and, eventually, Paisley Park’s 12,400-square-foot soundstage and the more intimate nightclub next to it will host live performances by acts yet to be named. The legendary dove cages in the lobby will also remain, as will the original carpet Prince walked on.

For the family, who approve of the plans, the idea is to keep Paisley Park operating as if Prince were still alive. “We don’t want the place to be known as something that’s a memory or is dead,” says Baker. “As long as Paisley Park is kept alive, my brother is kept alive.”