Portrait Of The Artist As A Young Dylan! - Rolling Stone
×
×

I find it mildly ironic that in 2013, a year that I’d classify as quite good when it comes to the number of fine new albums being released, MTV can celebrate its big night via a ceremony celebrating the very worst music has to offer.

That’s because I forgot MTV existed!

That said, Sunday night’s awards gala was still something of an eye-opener. Though I’d assumed stop-motion animation wizard Ray Harryhausen had died earlier this year, his apparent final work—in which TV actress Miley Cyrus unexpectedly re-enacted the role of the harpies from Jason & The Argonauts with frightening precision—may have been the most convincing of his life.

Word is the actress, much like her famous father, will soon start her very own recording career!

Everything else sucked, of course, but that’s cool!

Bob Dylan: The Bootleg Series, Vol. 10 – Another Self Portrait (1969-1971) (Deluxe Edition) (Columbia) Famous for being the first the first Bob Dylan album to garner really bad reviews upon its release in 1970, Self Portrait was actually pretty fascinating stuff even then: A Simon & Garfunkel cover? “Let It Be Me”? An opening track featuring only background singers? Traditional material? An album cover that actually was a self-portrait? Despite the near-universal pans, it in fact sounded pretty good, provided the figurative stream of urine to extinguish the wildfire Dylan’s career had become among Messiah-happy counterculture watchers of the era, and in least one sense, was a heck of a lot more impressive then a simple “shut up.” Newly blown-up and presented here in its deluxe version as four separate discs—two featuring alternate versions, unreleased takes, etc. of music from sessions of the era that would produce both Self Portrait and its follow-up New Morning, another showcasing Dylan’s appearance with the Band at the 1969 Isle Of Wight Festival, and the last a remastering of the original album—it frankly sounds better than ever. Bearing occasional traces of the “smoke free” voice Dylan unleashed with 1969’s Nashville Skyline, it’s a fascinating listen in 2013: Dylan’s voice was significantly croak-free all those years ago, and, now as then, his historic references via the repertoire revealing and, for an artist of his stature, commendable. He may be among the most overly-documented pop figures of the 20th Century, but this set, like much of his later, underrated work, proves that pop’s most celebrated and trusted “historians” often had no idea what they were talking about. Not like today! 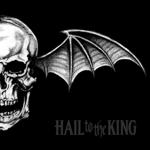 Avenged Sevenfold: Hail To The King (Warner Bros.) Following up their last album, 2010’s Nightmare, which debuted at the top of the Billboard charts, California’s much-admired metal combo returns here with an unexpected tribute to Elvis Presley, or maybe Michael Jackson, or maybe Burger King–whose BK Big Fish Sandwich is a favorite among many–that’s a rock-‘em, sock-‘em romp likely to bowl over the rock ‘n’ roll fans in your household! Unless, of course, you hate metal and live alone! Still deeply in awe of one Britney Gallivan, who made history by shattering the commonly held belief that a single piece of paper cannot be folded more than 7 times by reaching the magical number of 12 (!), the band continues to evolve with their magical mix of hard rock, loud guitars and some guy playing drums, and—according to insiders in the know—may soon change their name to 3.14159265359 just to mess with our heads! That’s what I would do!

The Rides: Can’t Get Enough (429) A few months ago I heard an advance of this album, and the combination of the players involved—rock legend Stephen Stills, latter-day guitar hero Kenny Wayne Shepherd and all-around great-since-his-Reunion-days keyboard dude Barry Goldberg—and the material on display, most conspicuously via Stooges cover “Search And Destroy,” was something that both blew minds and suggested the very oddest sort of science fiction. Which is one reason to forget the pedigrees of the musicians and simply give a listen to the tunes, the musicianship, and accept it for an adventurous jaunt all the more respectable for its very workmanlike aspirations. For the most part, they all are exceptional players, and their love of music—evident via their originals, their covers of Muddy Waters and Elmore James and, God love ‘im, Neil Young—could not be more evident. If it weren’t for that ‘N Sync reunion, this could be the album of the year! 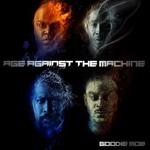 Goodie Mob: Age Against The Machine (Elektra) Thanks to sloppy typesetting, the Goodie Mob’s latest set Rage Against The Machine has been spared the indignity of the inevitable lawsuit that might have inevitably occurred with this, the band’s first full album since 1999’s World Party, not incidentally also a band of some repute. The pioneering “dirty south” combo—featuring the now-famous CeeLo Green among others—are of course famous for their predilection for sweets, and here they showcase several gripping new tracks espousing the glories of trifle (a dessert dish including custard fruit, sponge cake and more), Dunkin Donuts’ new Dulce de Chocolate Donut, plum upside-down cake, and—for the health-conscious among us–Met-Rx’s wonderful new Peanut Butter Pretzel protein bar! There’s a lot of rap on this thing, but what the heck! 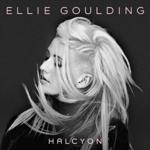 Ellie Goulding: Halcyon Days (Deluxe Edition) (Cherrytree/Interscope) When one of the biggest singers in the UK has made her name in the States but hasn’t quite cracked it yet, what better solution than to reissue her most recent album, throw on an entire new disc and some extra tracks, call it a “deluxe edition” and hope for the best? Luckily, in the case of the talented Ms. Goulding, this is less a cynical marketing move than an opportunity to hear even more of her compelling material, featuring contributions from hipsters like Brits Alt-J, fun.’s Nate Ruess, and producer Greg Kurstin, whose “Burn” is one of this set’s highlights. Commercial, compelling, another adjective starting with C and an all-around good time, Halcyon Days is something of a good deal both for Goulding fans—of which there are a growing number Stateside—and newcomers, who perhaps should start here before going back to 2010’s Lights—her debut which, according to the New York Times, was “a happy car crash of signifiers,” and I don’t know what the hell that means! 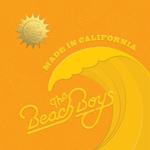 The Beach Boys: Made In California (Capitol) You might think that after 50 years, everything you ever wanted to hear by the Beach Boys has already been issued. But you would be wrong, and this spectacular 6-CD set drives that point home methodically, disc by disc, through the final track’s tribute to that departed Beach Boy, “Carl Wilson: Coda.” Featuring 174 songs—vast but never redundant, their catalog is simply that rich—the set is jam-packed with both well-known classics and previously unheard tracks (more than 60), live tracks and much more. Presentations like this—artfully compiled song selections with both fan and collector in mind—are infinitely preferable to the standard greatest hit sets that iconic bands like this generally offer, and the result, to those who really give this a listen, may be a fuller appreciation of acknowledged Beach Boys classics—such as “’Til I Die”—that have long stood in the shadow of their much better known hits. Just as their recent Anniversary tour proved, the Beach Boys’ music, over that staggering 50-year span, has, despite occasional ups and downs, has generally and consistently been marvelous. Here, in one package, is just the latest proof. 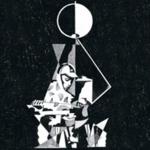 King Krule: 6 Feet Beneath The Moon (True Panther) Likely to go down in pop history as the best British pop figure to derive his name from Donkey Kong Country—well, except for Morrissey—Archy Marshall, for that is his real name, arrives with a very good, very substantial, fully-formed debut album, that sonically recalls a very odd mix of genre types (a little Billy Bragg here, a little hip hop there) but never once strays from a consistent artistic core. Fans of Mount Kimbie may be familiar with the man via his contributions to Cold Spring Fault Less Youth; fans of Mount Pilot may be familiar with Barney Fife and Aunt Bee. Heck, it’s all a frickin’ roll of the dice! Still: good album.

Graham Parker & The Rumour: This Is Live (Blu-Ray) (Shout! Factory) Every once in a while, pop fans may wonder what all the hubbub was about bands they used to like that critics all raved about that, well, eventually they stopped listening to and eventually the critics stopped raving about. Like: was it all a dream? Does that music sound dopey now? Well, as this unexpected DVD shows, such is not the case with the good-then/good-now Graham Parker & The Rumour, who reunited after 31 years for Judd Apatow’s 2012 film This Is 40, shot this performance in LA, sang songs both old and new, and simply could not be more convincing. Great, strongly played rock, with Parker himself in great form and the band likewise—exactly what any music fan might need to dig up those old albums and start listening all over again. Not many bands this good get such an impressive second chance. Recommended. 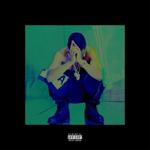 Big Sean: Hall Of Fame (G.O.O.D. Music) Certainly one of the most impressive rappers out there, Detroit’s Big Sean returns with his second studio set, bringing with him a host of guest stars (Lil Wayne, Nas, Kid Cudi, Jeezy, Miguel, 2 Chainz, My Late Uncle Louie, Meek Mill, Common, Nicki Minaj, Dwight D. Eisenhower), a raft of fabulous tunes, and a startling testimonial from his tailor, Habib, who notes that Big Sean is so big, most of his garments need to be enlarged by a minimum of 2 to 3 inches, which makes proper positioning of jacket pockets mildly problematic. “Anything in your wardrobe will look better on you,” he notes,” when it actually fits.” Rap is getting cooler by the minute!

Little River Band: Cuts Like A Diamond (Frontiers) A surprising new album from the one-time pop hitmakers, this unexpected jewel features stellar remakes of their early hits “Smells Like Teen Spirit,” “Come As You Are,” “Lithium,” “All Apologies,” but, sadly, not even a hint of “Reminiscing”! And what’s with all those Replacements comparisons?