Last week, Seattle police said they were reexamining the evidence surrounding Kurt Cobain‘s suicide. Although they didn’t find anything that warranted reopening the case, they did unearth a series of bleak photos taken at the scene of the Nirvana frontman’s death that they had not previously released. A gallery of the images is located at CBS News, including shots of Cobain’s suicide note, his wallet with the ID pulled out so he could be identified and his various drug paraphernalia.

No Apologies: All 102 Nirvana Songs Ranked

The photos paint a sad picture of Cobain’s final days: They include the rock icon’s cigar box “heroin kit” and discarded cigarette butts littered across his home. The suicide note, left on top of a greenhouse planter, is punctured with a red pen. 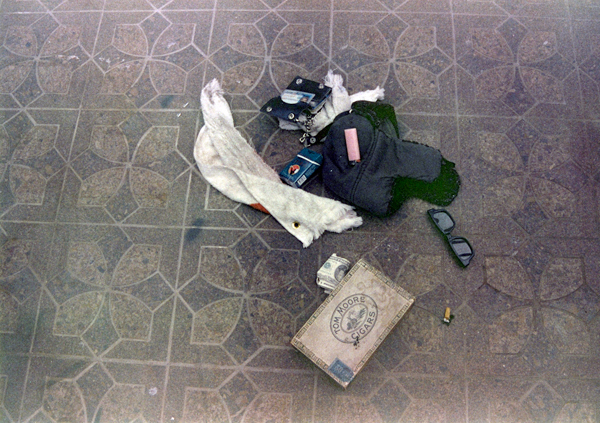 In more imminent news, Nirvana will be inducted into the Rock and Roll Hall of Fame alongside Kiss, Peter Gabriel, Hall and Oates, Cat Stevens and Linda Ronstadt at this year’s ceremony. It will takes place on April 10th at Brooklyn’s Barclays Center.