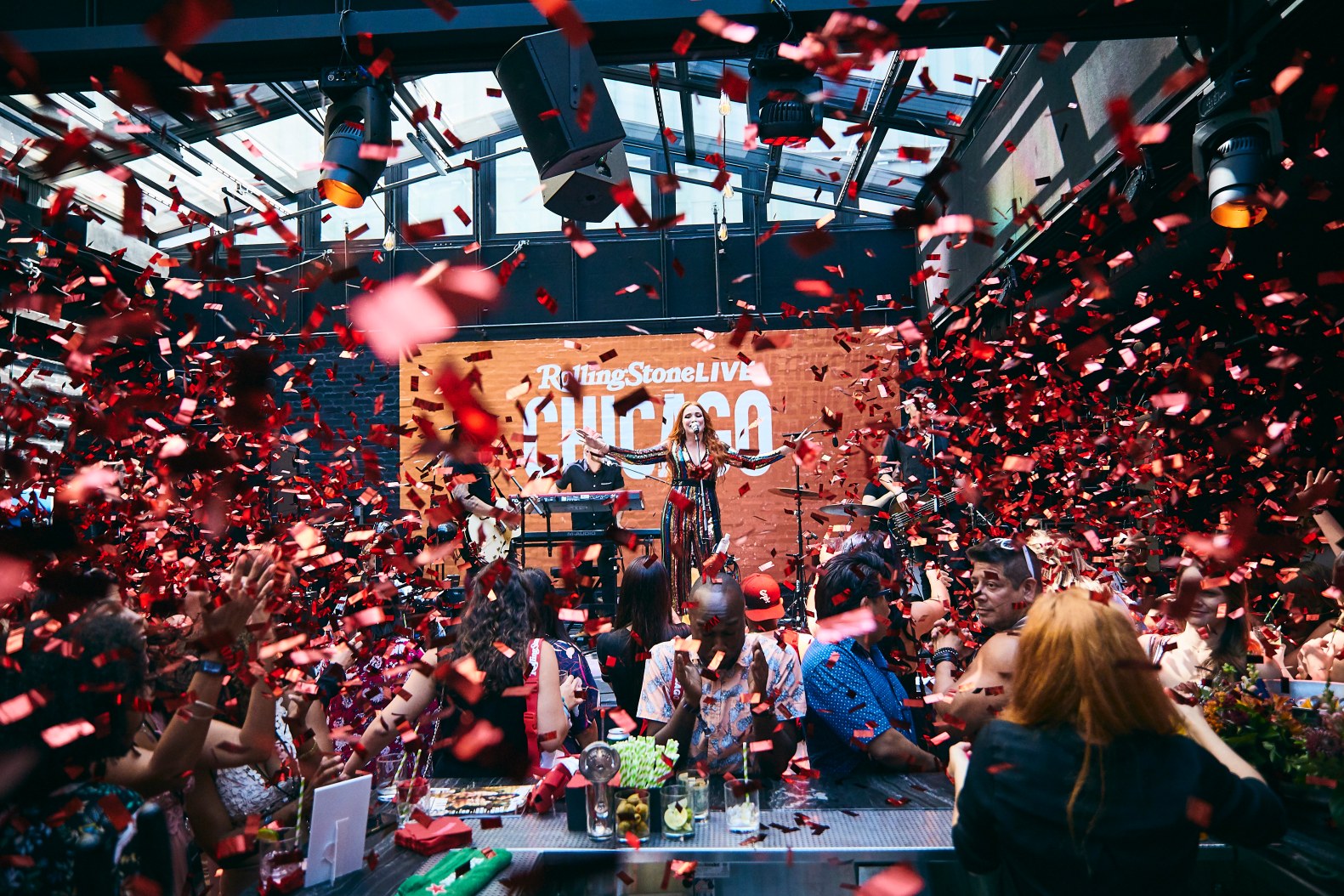 Vivid Seats returned for its second Rolling Stone Live event with a dedicated VIP section and photo activation, where artists and special guests can gear up for the festival. Tito’s Handmade Vodka offered guests a taste of their custom-curated cocktails, plus a look at a live Lollapalooza mural installation, created on-site by Chicago-based artist Zissou Tasseff-Elenkoff. Fans scored exclusive swag featuring the print of the mural. The IHG® Rewards Club Premier Credit Card gave fans a chance to put themselves in the shoes of an artist on tour, while they caught a set by Caylee Hammack, the buzzworthy country act set to star in an original web video series titled, “Gigs to Glory.” Additional hospitality was provided by Heineken® and Teavana Craft Iced Tea.