Lily Allen: Sheezus (Warner Bros.) There is something unexpectedly complete, satisfying and against the grain here on Lily Allen’s third album: For something so intrinsically wrapped up in the notion of fashion—the new and the now—it is every bit as substantial as it is cute and of the moment. There is timely wit, as in its title’s Kanye nod, there is incessantly aggressive name-dropping and social media plugging, and there are a whole lot of words delivered with the singer’s uniquely appealing brand of snark—but, more importantly, there are a lot of good songs here. And a lot of good sounds. I’m inclined to credit Greg Kurstin, a producing, co-writing Allen collaborator who’s back for another round, Allen herself, who is on just the right side of not taking the bastardized celeb-world she made her name in too seriously, her self-imposed “career hiatus,” smartly announced five years ago and largely lived up to, and the boatload of very good songs to be found here. Throw in her unexpectedly tasty Keane cover that hit No. 1 in the UK and a few other bonus tracks and, whether you expected it or not, you’ve got one of this year’s better albums by a long shot.

Santana: Corazón (RCA) No writer likes wheeling out the dreaded “iconic” descriptor, yet if it applies to anyone currently in pop, it applies to world-class guitarist Carlos Santana, who’s still making vital music 45 years after that famous first Santana album. Those who’ve watched him making genre-shifts over the years—from rock to jazz-rock to pop to rock and back again—may be surprised to learn that this set, Corazón, officiallyrepresents the guitarist’s first “Latin music” album (hey, weren’t they all?), but its guest cast fairly cements the deal: Pitbull, Gloria Estefan, Juanes, Miguel, Samuel Rosa and many more all show up, and all of it works and is significantly more convincing than that last “Greatest Guitar Classics Of All Time” set that emerged to minimal fanfare a few years back. Between this, his recent Kennedy Center honors and his HBO Special filmed in Guadalajara, Mexico, Carlos Santana is not doing the slow artistic fade artists of his caliber traditionally, if not voluntarily, opt for. 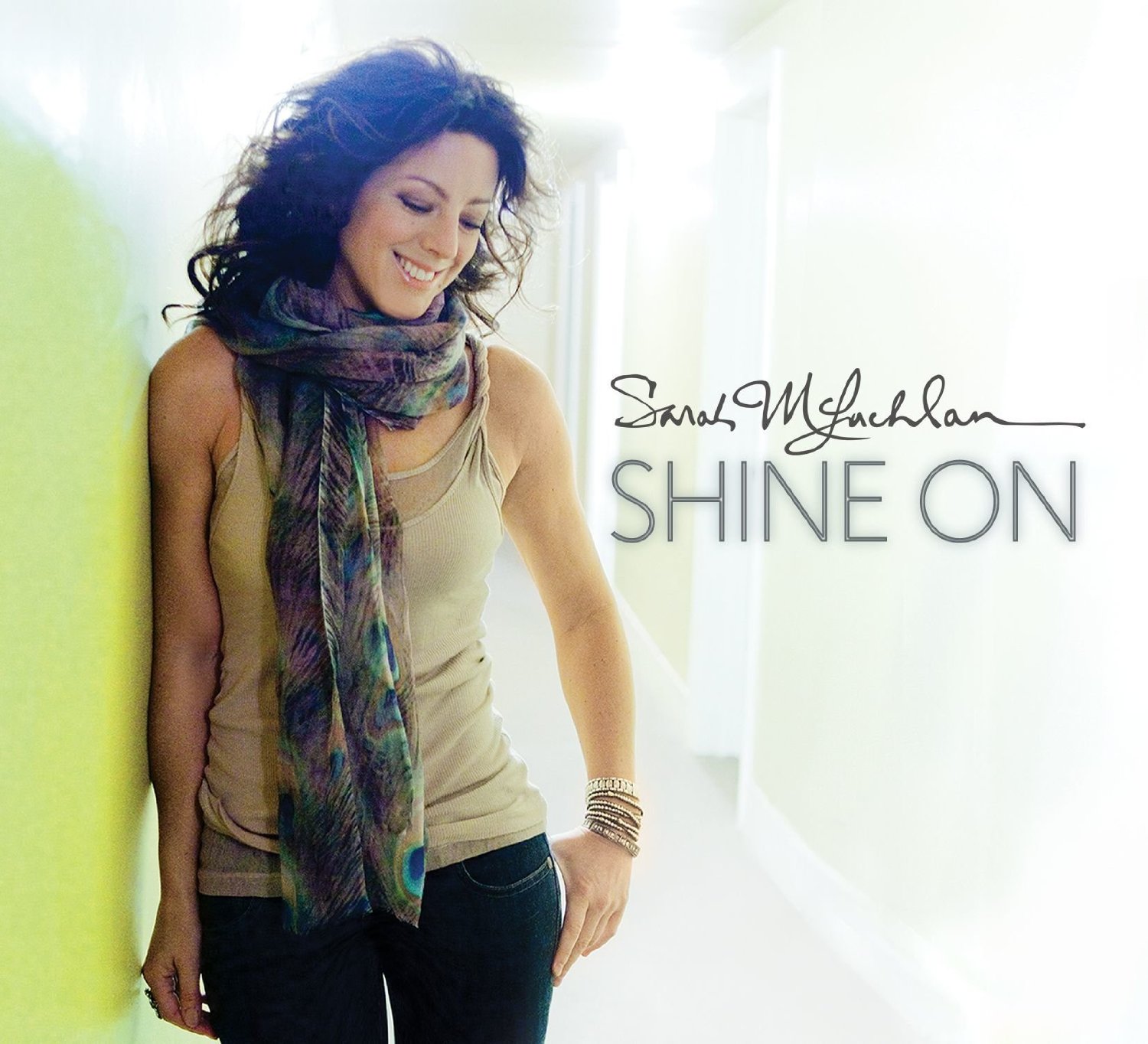 Sarah McLachlan: Shine On (Verve) Those who perhaps take for granted singer Sarah McLachlan’s talents as a singer and composer and commercial entity—she has sold over 40 million albums in her life—might need a brief mental reset: This is a talented lady who came to pop music from the arty side, who grew up listening to Peter Gabriel and Kate Bush, and who likely as not did not decide to pursue a life in music to make oodles of money. This is relevant why? Because it means from its first note, Shine On is good, well-arranged stuff, interesting to listen to not just for the sonics, ably aided by collaborators Pierre Marchand and Bob Rock among others, but for the depth of McLachlan’s songs, some of which were inspired by her father’s recent passing, and all of which were, first and foremost, crafted as art rather than attempted tools of commerce. A fine showing for the singer and a smart signing for Verve Records in 2014. 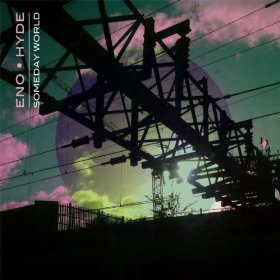 Eno * Hyde: Someday World (Warp) So put together two of the most distinguished names in sharp and sophisticated, cutting-edge, technologically-advanced pop music and what do you have? A really catchy pop album? Sure, why not? Between the appealing pop of the first four Eno albums from way back, and the innate hookiness of all of the best Underworld material—and Karl Hyde’s group does go way back—there’s more than enough raw skill on hand here to craft a really strong album filled with songs, which this is,and texture it up to taste after the fact. Which Eno & Hyde have also done. And what makes it work can be evidenced midway through second track “Daddy’s Car,” in which one sliding texture gradually fades in over another, while a repetitive beat plays and some subtleties emerge that demand yet another, more thorough, listening. Really intelligent stuff here that, as an added bonus, is also catchy as heck. Nice.

Lykke Li: I Never Learn (Atlantic) Must confess to never being emotionally tied into the world of this 28-year-old Swedish singer, but merely appreciative of her music when I heard it. There is a starkness to this new set, her third, though, which had me doing a little more investigating. A Pitchfork piece I saw had her describing this new album as “a bit of a bummer,” which is fair; the same piece mentioned the singer had suffered a few car accidents, but, she noted, “I was so scared of the freeway, but then, after you crash and burn, all of a sudden you’re back out there on the freeway, listening to Van Morrison.” I think we can all relate to that, Lykke! A very interesting album, I Never Learn shows a starkness and emotionalism that seems frank, uncontrived, and oddly sincere–and therefore that much more rewarding. Strong stuff.

Various Artists: All My Friends: Celebrating the Songs & Voice of Gregg Allman [CD/DVD] (Rounder) Loaded to the gills with music—there’s over four hours of playing captured here—this 2-CD, 1-DVD package captures the star-studded gathering paying tribute to Gregg Allman at Atlanta’s Fox Theatre this January. And while that may seem like a lot of notes, the Allman brother’s lengthy career—which began in the ‘60s and has never stopped—and the extended improvisatory style his celebrated band helped pioneer in the early ‘70s, means four hours is just about right. With music direction by Don Was and a cast of players drawn from nearly everywhere (Warren Haynes, Derek Trucks, Susan Tedeschi, Jimmy Hall, Widespread Panic, Jackson Browne, Dr. John, Taj Mahal, Keb Mo, Sam Moore, John Hiatt, and a boatload of country dudes), we’re presented with an enhanced greatest hits set of near-unprecedented depths. Allman himself is of course present, as is his band, and—significantly—with the recent announcement that the Allman Brothers Band will cease touring this year, this may be deemed historic footage in the years to come. Excellent playing abounds, as does warmth and love for Allman and the rock tradition he embodies, and this is absolutely one night worth remembering. 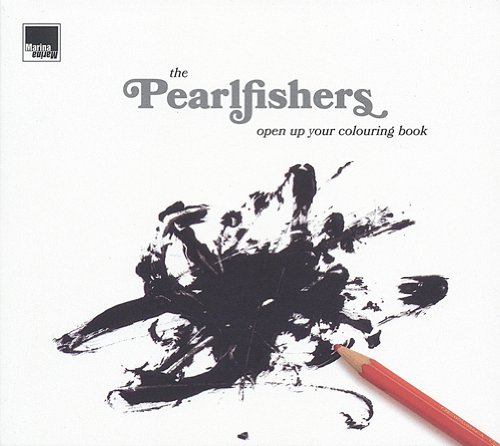 The Pearlfishers: Open Up Your Colouring Book (Marina German import) The first new release in many years from Scotland’s quietly spectacular Pearlfishers–a long-lived combo led by singer/songwriter David Scott who, since the early ‘90s, have crafted classic pop tunes comparable to pop’s very best. Think Scotland’s answer to Brian Wilson, Todd Rundgren, Harry Nilsson, and anybody with an ungodly ear for soul-stirring melodies and unremitting joy. There’s a lot here: 16 songs, 66 minutes, hooks galore, a distinctive voice and personality, and a welcome return to the fold for David Scott. More info here, and it’s all well worth exploring.

tUnE-yArDs: Nikki Nack (4AD) Complex and catchy, tuneful and abrasive, Nikki Nack comes as Merrill Garbus’s third album–and it also comes with not insignificant baggage: Its predecessor w h o k i l l reached the No. 1 position on the Village Voice’s big-deal critics’ poll of 2011, which means a jarring number of music writers with completely dissimilar tastes in music thought it was the best thing ever. Cool! This is a little too forced and sonically jam-packed for my own ears, to be honest–but as follow-ups to huge critical hits go, it’s achingly substantial. Almost by design! 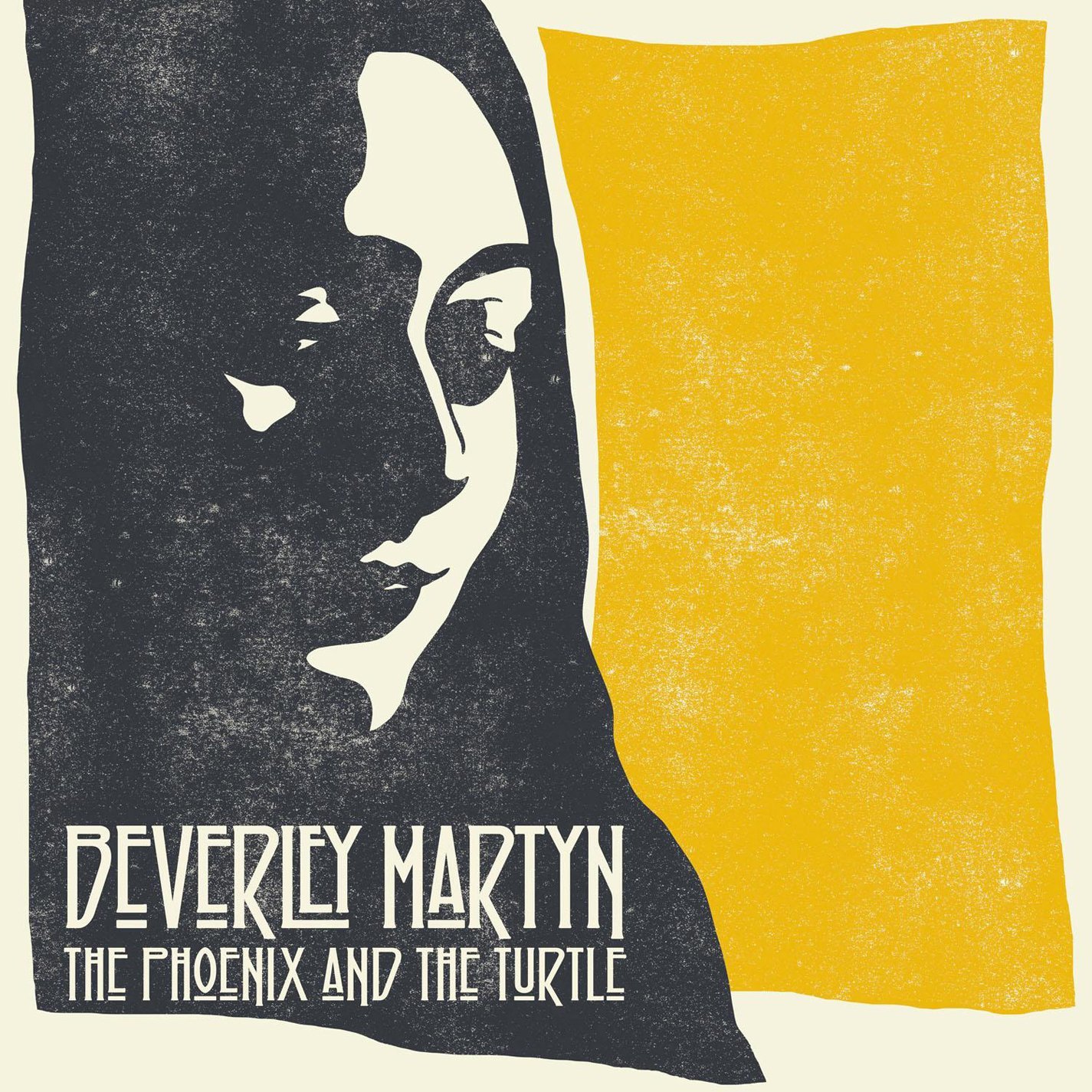 Beverley Martyn: The Phoenix & The Turtle (Proper Music) An unexpected re-entry into the music business from Beverley Martyn, former wife of the departed, much-loved British singer/songwriter John Martyn. Most who’ve heard her came to her via the pair of albums she recorded with her then-husband in 1970—Stormbringer and Road To Ruin—and many of these songs aren’t too far removed stylistically from those sets. Of special note here: Opening track “Reckless Jane” is a previously unrecorded co-composition by Martyn and family friend Nick Drake. It’s available here.