“This definitely speaks to the staying power of the Roots and the uniqueness of the Picnic as a good festival,” the Roots’ Tariq “Black Thought” Trotter told Philly.com. “Not many music festivals last, have a 10 year run or hold such validity and stay consistently good-and-getting better.”

Questlove Remembers Prince: In This Life, You're on Your Own

Tickets for the Roots Picnic are on sale now; check out the festival’s site for more information.

As with previous Roots Picnics, Black Thought will also lead a 5K charity run for the morning of June 3rd, with proceeds benefitting the GrassROOTS Foundation.

As noted by Questlove on Instagram, the lineup leaked earlier than expected Monday:

That time you were all excited like a kid on Christmas to unleash the Lineup TO YOUR OWN FESTIVAL, DYING to go HAM on for its 10th Anniversary & you wake up and realize someone broke protocol & purposely leaked the news before you and your people’s can get they shine on (@okayplayer mad too) & you just gotta sit and take it. But you REALLY wanna scream on mofos like Dame did about those Def Jam jackets in the Backstage Movie because you petty af. So yeah. #RootsPicnic have fun (it’s all over the internet so no need to explain it here) 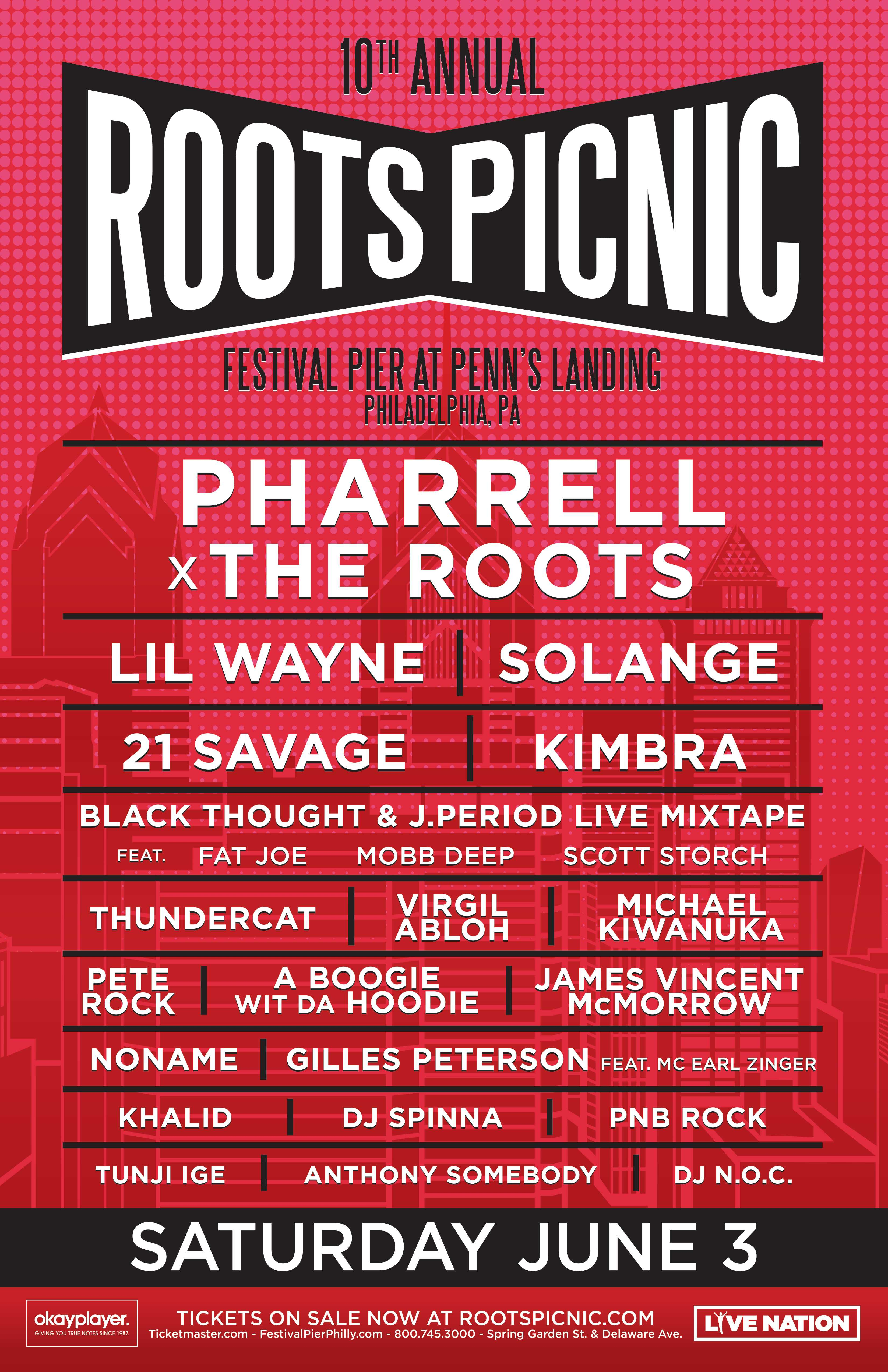