Less than a week after performing a greatest hits set at the NBA All-Star Game, Pharrell Williams has announced the release of second album G I R L on March 3rd. In a statement, the singer/producer said that he wanted the album to feel “festive and urgent.”

Song Premiere: Pharrell Williams Gets ‘Happy’ on ‘Despicable Me 2’ Soundtrack

A 30-second trailer released Wednesday gives slight insight into the album. A string quartet soundtracks the trailer, which shows the producer dancing in the studio juxtaposed with an orchestra and many, many fedoras. In the end, a sunglasses-clad Pharrell sheds a solitary tear.

No word yet on which tracks will be included in the album, but expect to hear lead single “Happy” a lot over the next few months. The Oscar-nominated song, first featured on the soundtrack to Despicable Me 2, is currently #1 on the iTunes’ Songs chart in the U.S. and has reached Number One in more than 75 countries. Pharrell will perform “Happy” at the Academy Awards on Sunday, March 2nd, a day before the album’s release. 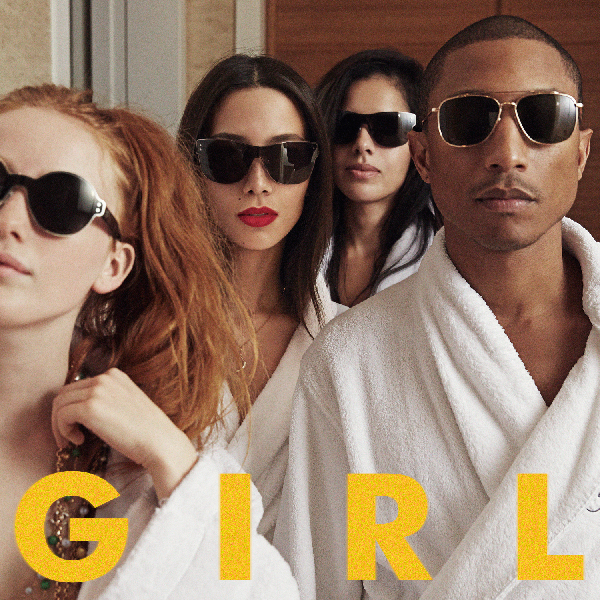 It’s still unclear, however, how much rapping Pharrell will do on G I R L. Late last year, the producer said his next album would be rap-free, saying, “That’s the difference between 30 and 40. ‘Cause I was 30, now I’m 40 – and I’m not rapping.” One week later, he told Fuse, “There was a misunderstanding. There’s just things that I just can’t talk about at the moment that won’t have any rap in it. But I will be rapping.” Major Lazer, for one, was able to get a verse out of the producer on their recently released “Aerosol Can.”

Despite being one of the most prolific producers in music, G I R L will be Pharrell’s first album in eight years. In My Mind, released in 2006, peaked at Number Three on the Billboard 200, but received mixed reviews.