Gene Simmons may have been your doctor of love, but Paul Stanley wants to be your therapist. In his recently released new book Backstage Pass, the follow-up to the 2014 memoir Face the Music: A Life Exposed, the Kiss co-founding member, singer and rhythm guitarist shares hard-earned tips and advice on how to better one’s life. With titles straight out of a self-help seminar — “Let the Past Be the Past,” “Own Your Actions, Own Your Outcome” — the book (out now, via HarperOne) finds the Starchild offering direction on everything from weight training to cooking.

Much of the book is informed by Stanley’s childhood, growing up the son of strict parents who extended him little sympathy for being born with the ear deformity microtia. But Stanley also explores in candid detail his relationship with his own kids, his wife Erin and, of course, his Kiss bandmates, both past and present. He reflects on the band’s fallow period following the infamous stinkbomb The Elder (“A desperate attempt to seek validation”), his complicated relationship with Simmons and the issues that led to original members Ace Frehley and Peter Criss being dumped yet again after the 1996 reunion. “For Ace and Peter to come back and be considered equals was ridiculous,” he writes. “It was sad. But I don’t cry about it.”

Kiss' Paul Stanley Reveals He Pursued Fame Because of a Deformity

In this exclusive excerpt, Stanley tees up a future when he retires from the paint-and-platforms grind and leaves Kiss behind. Which is not to say he’ll break up the band. Rather, as he writes in the chapter “Choosing Your Battles Means You Win More Often,” he envisions a Kiss similar to the reconstituted Eagles: “The power and meaning of Kiss can also transcend the individuals in it.”

When I look back at those years, I see it was a pivotal time for the band, but there have been many — and it’s always been about problem-solving. It’s all about maintaining the freedom to keep pursuing our dreams, in whatever form those dreams have taken at a given point in the trajectory of our lives.

The band will always be my baby, and for many people — as well as for me, for much of the history of the band — that means not giving it up. Of course, my view on that, too, has evolved over time — not necessarily the baby part, but my willingness to give up my role in it.

I sent out a tweet last year with a picture of the Eagles in their current incarnation, without cofounder Glenn Frey. I wrote, “The Eagles tour has already added more shows due to demand. Seeing a photo of the band now with one original member is a testament to the timeless power and endurance of great songs, created over decades by musicians united in pursuing a musical vision and standard.”

Then I started getting all these bitter responses along the lines of: “They’re not the Eagles. These guys should hang it up. They’re a cover band.”

I was reading all this stuff, and then came another line of thinking: “Oh, Paul, you’re saying that because of KISS. You’re a cover band too.”

I rarely respond to stuff like that, but this time I did.

To the whiners. The hundreds of thousands who will love seeing the Eagles on this tour don’t care about you, and will have a great time while you whine about which and what band isn’t meeting your criteria. In a world where someone else is happy, your unhappiness doesn’t matter.

And if you don’t think I’m laying the groundwork for leaving the band, I have a bridge to sell you. I love the idea that the Eagles now is being led by a son of one of the founders (Deacon Frey), a founder (Don Henley), and a bunch of other guys. Or take the band Yes. There’s not an original member in Yes. Yet do I consider them a cover band? No, because a band that exists over decades evolves through personnel changes and health crises. So do I consider this to be Yes? Absolutely. It didn’t change overnight. Members have come and gone. The Eagles are the same way: Timothy Schmit is great, but he certainly wasn’t in the original band, nor was Joe Walsh. And Deacon Frey was baby batter. Do I like the idea that the endurance of a band isn’t limited to a particular set of members? You bet.

It’s all about seeing your role, and I know mine: to give people the support and license to serve as their own advocate. Self-empowerment is the key to everything that I won by fighting against those who told me how things had to be or what they expected.

Understandably, someone may want you to fight. All I want to do is take that off someone’s shoulders. You choose your fight. We all choose our fight. When we’re at the biggest moment of our life, at its end, we need to make that decision with a clear conscience, knowing the decision is ours and ours alone. It puts so much in perspective for me; I’ve seen people leave this Earth who wanted to connect with somebody they clearly do not regard as a stranger. 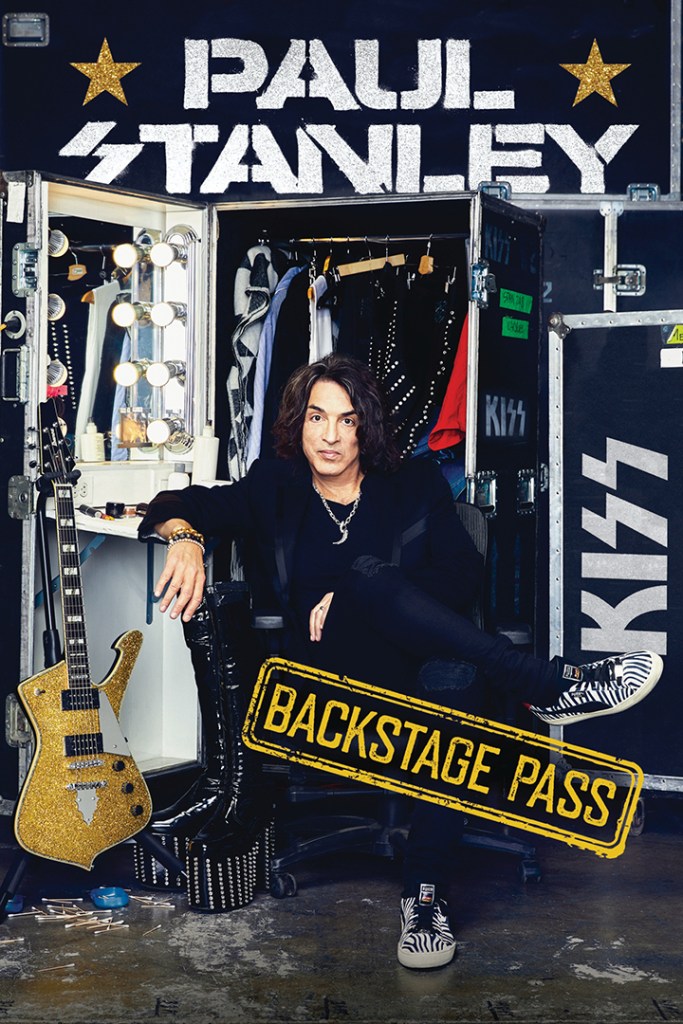 I certainly know people who have said, “My band had to end because I’m not going to be in it anymore.” Well, I disagree. Our band should continue because what we’ve created and what I’ve worked so hard for is still valid, and as corny as it might seem, KISS may function as a beacon of light for some people — it’s so much more than the best goddamn show out there. It’s the rising up of the underdog to win. Success has never taken that away from us. For that reason alone, I’d like to think it should endure. If all it means is If I can do it, you can do it, that is a message that will never grow old. I want to champion every person out there facing adversity.

The power and meaning of KISS can also transcend the individuals in it.

Some friends and people I’m close to have said to me that I must continue. They make it very clear that they don’t want to lose their emotional connection to the band, its stabilizing effect on their lives. And I say, “I understand, but I did this in the first place to write my own rules — and that includes being able to say when it ends for me.”

It’s interesting, though, because the other side of the coin is people saying that some star athlete or other should hang it up because they’re not as good as they were in their heyday. To that, I say, “It’s your right to stop seeing them, but they owe you nothing. They’ve given you everything.”

Nobody has to apologize for doing what they love. They get to decide if and when it’s over for them.

This has never been about anybody else’s expectations but mine.

From BACKSTAGE PASS by Paul Stanley. Excerpted with permission from HarperOne, an imprint of HarperCollins Publishers.  Copyright 2019