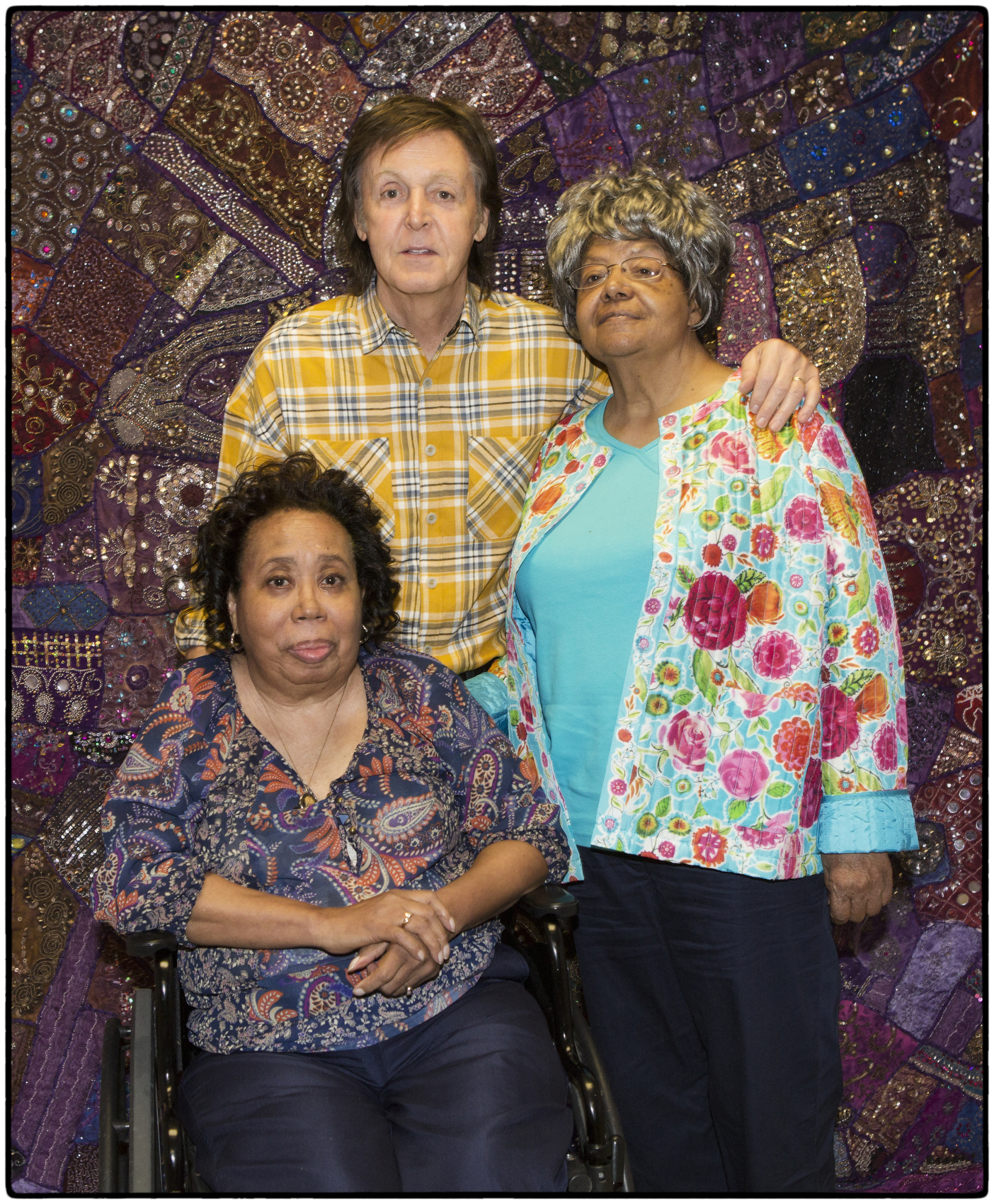 The women, Thelma Mothershed Wair and Elizabeth Eckford, were two members of the Little Rock Nine, a group of nine black students who faced discrimination and the lasting impact of segregation after enrolling in the all-white Little Rock Central High School in 1957, following the Supreme Court’s historic Brown vs. the Board of Education decision.

After the Little Rock Nine enrolled, Arkansas governor Orval Faubus protested their entrance into the school, which in turn sparked the Little Rock Crisis. It was these events that inspired a young McCartney to pen the song “Blackbird.”

“Incredible to meet two of the Little Rock Nine— pioneers of the civil rights movement and inspiration for Blackbird,” McCartney tweeted.

At the Little Rock concert, McCartney introduced “Blackbird” by telling the audience, “Way back in the Sixties, there was a lot of trouble going on over civil rights, particularly in Little Rock. We would notice this on the news back in England, so it’s a really important place for us, because to me, this is where civil rights started. We would see what was going on and sympathize with the people going through those troubles, and it made me want to write a song that, if it ever got back to the people going through those troubles, it might just help them a little bit, and that’s this next one.”