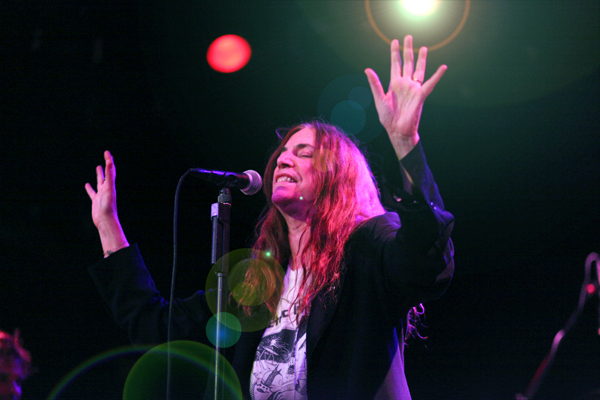 Patti Smith announced on New Year's Eve that she will be ending her tradition of year-ending residencies at Manhattan's Bowery Ballroom. Smith, who has played three shows at the end of December at the venue for 14 consecutive years, broke the news on stage at her New Year's Eve gig on Saturday night.

Smith's final New Year's Eve gig at the ballroom included a guest appearance from former R.E.M. frontman Michael Stipe, who sang a rendition of the Jimmy Webb tune "Wichita Lineman." (It wasn't an unfamiliar song for the singer, who performed it occasionally with his old band on their world tour for the Monster album and released it as a b-side to the "Bittersweet Me" single in 1996.)

According to Lenny Kaye, Smith's guitarist, the band still intends to play New Year's Eve gigs in the future, but will be moving on to another location.