The fire spread so quickly that firefighters at the station one block away had trouble even entering the building before immediately retreating to a defensive position.

On Friday night, flames engulfed an Oakland warehouse, tearing through the cluttered art collective known as Oakland Ghost Ship as it hosted an electronic music event attended by up to 70 people, officials and tenants said. At least 36 people are confirmed dead, with officials preparing for a “mass casualty event” that could bring the final death toll past 40.

“It’s a task to just get through the front door with all the debris and wreckage,” Alameda County’s Sgt. Ray Kelly said at a press conference, reaffirming that officials’ number one priority was identifying the deceased and notifying their families. That progress has been slowed by the large collection of oddities and confusing structures inside the building, which collapsed on itself. “A lot of the people who are victims here are young people,” Kelly added.

Bob Mulé, a photographer, tells Rolling Stone he was one of “about 20” tenants living inside the warehouse at 1305 31st Ave. He had lived at the heavily furnished art space for a little over a year, and was inside when the fire started.

“Moments after I noticed the fire, the power went out. I started screaming, ‘Fire! Fire! Fire! There’s a fucking fire, we need an extinguisher!'” Mulé, 27, says. “There’s fire extinguishers all over that place. But of course, in the moment, it’s like, ‘Where the fuck are they?'”

Using his iPhone light, Mulé found one. But after several attempts, he couldn’t get it to function. The fire grew at a frightening pace, sweeping across the mostly wooden, carpeted warehouse “within a minute,” Mulé says.

“Right as I saw the fire, I turned around and everything was dark. Just black.”

“No one is thinking rationally in that moment,” he says. “You can’t. It’s fire! It’s dark – there’s smoke. I don’t know how many people were left up there.”

According to Mulé, the fire began on the first floor, in the back corner of the warehouse, with most attendees trapped on the second floor where the party was being held.

“There were other people in there who have never been to the space and don’t know their way around,” Mulé says, holding back tears. “It was also pitch black because the power went out. Right as I saw the fire, I turned around and everything was dark. Just black. So for people who don’t know how to get out, they’re not going to know where to go.”

Mulé did. But as his primal instincts kicked in and he made his way toward the front exit, he heard a cry for help from a fellow artist and friend. (Rolling Stone has declined to publish the man’s name as he is still officially considered “missing.”) According to Mulé, the Ghost Ship tenant had fallen off of his loft and broke his ankle.

“He was calling out for help like, ‘Help! Help! Help! I need your help, I broke my ankle, I can’t move,'” Mulé says through tears. “He gave me his hand and I started pulling on his wrist and oh my God, it was so hot. It got too hot and too smoky and there was just too much stuff blocking the path. I couldn’t move it out of the way because I literally felt my skin melting. I had to leave [him] and he definitely didn’t make it. Fuck, man, I tried my best. I did my best and he’s a fucking awesome dude. I just have this crazy image of my friend burning alive in my head.” 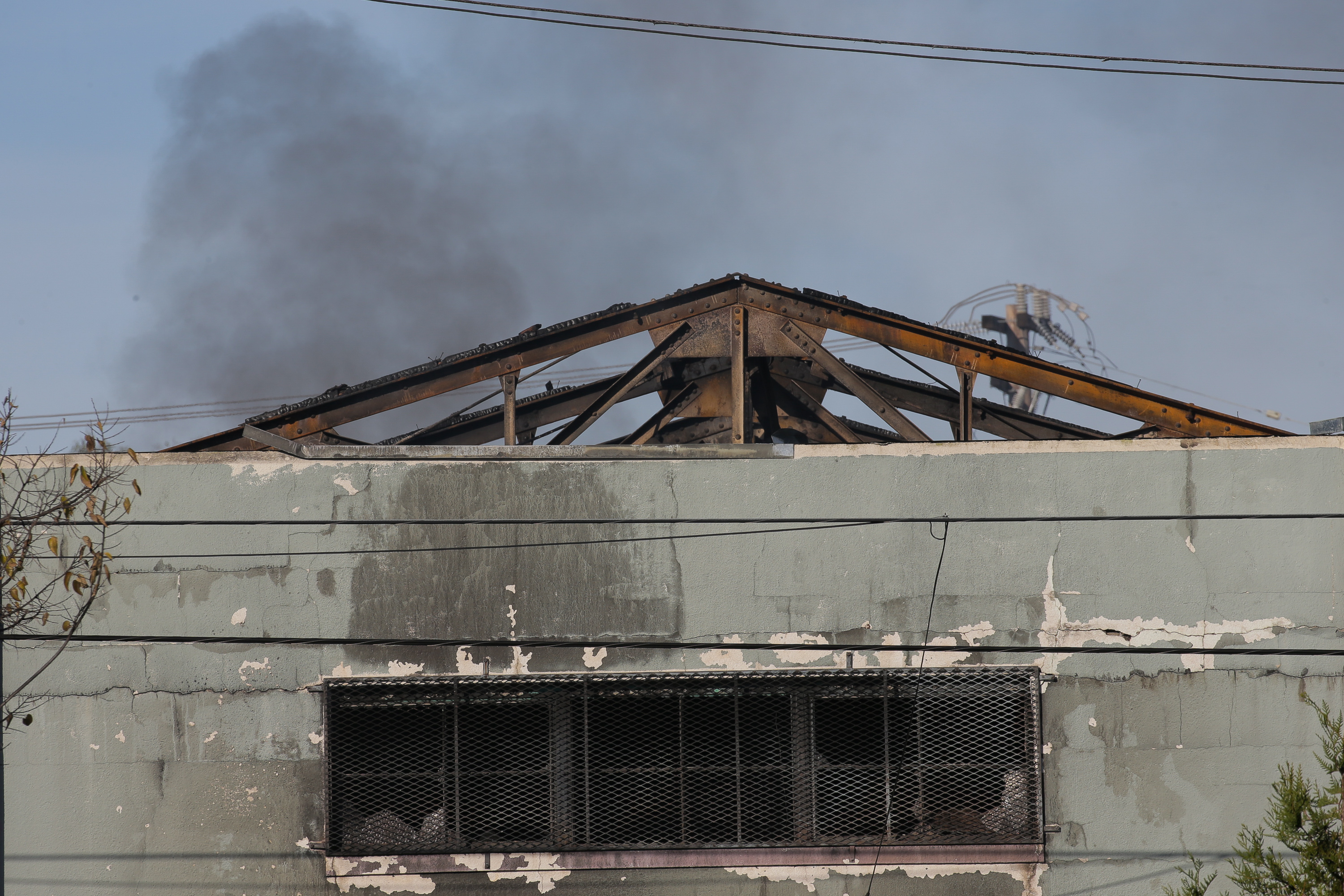 City records show the building was currently under investigation by the City of Oakland for a “illegal interior building structure.” Inspectors visited the site as recently as a few weeks ago, but were unable to get inside to confirm the violation, officials said. There was also a notice of violation on Nov. 13th, after neighbors sent in a blight complaint about wooden pallets and possibly “hazardous materials” accumulating outside.

City records show Chor N. Ng as the building’s owner, but residents confirmed Derick Almena ran the space and collected rent of up to $600 a month from tenants. Almena, who was not at the venue Friday, enraged grieving friends by writing a Facebook post that appeared to highlight the loss of his material items instead of those still on the crowdsourced missing persons’ list.

“Everything I worked so hard for is gone,” Almena wrote. “It’s as if I have awoken from a dream filled with opulence and hope … to be standing now in poverty of self-worth.” Almena did not immediately return multiple requests by Rolling Stone for comment. Almena’s wife, Micah Allison, told the Los Angeles Times, “I’m not going to speak to anybody about that kind of stuff. I’m going to have to speak to my lawyers before I answer any questions.”

The Oakland Planning and Building Department told ABC 7 News that Almena, who also goes by Derick Ion, did not request any permits for the party, which would have allowed city employees to inspect the venue for safety lapses. One former resident told the Los Angeles Times that the venue did not have any fire sprinklers or alarms.

Residents, visitors, and photographs depict a warehouse full of collectibles, musical instruments and art projects from around the world. Chris Zaldua, a Bay Area electronic music columnist, says of his prior visit to the venue, “I was in awe of it, but also horrified by it. The whole place looked like a mess – pure insanity. It was filled top to bottom with things, knickknacks, pianos, artwork, statues, random pieces of wood. The whole thing was one big art project.”

Possibly compounding the scope of the tragedy were confusing maze-like corridors that ended with Polynesian beds and lounge areas instead of exits. Residents built lofts they described as being neither on the first or second floor, but on the “1.5” floor. Instead of drywall, pallets, 2x4s, and other types of wood were used as partitions. There was a hole sledgehammered through the building’s perimeter wall to allow access to the auto shop next door. The floor was covered with carpet.

The building’s electricity was hooked up to the neighboring auto shop. Even though officials hadn’t begun the methodical procedure of determining the cause, Mulé, and others grieving the loss of life, had theories.

“I really think it had to do with something electrical. We don’t even have direct access to our breaker box,” he said. “They moved in with the power the way it was. They have noted complaints, documented, to the landlord about getting the power fixed and it never happened. We were constantly having to change these fuses. If the power went out at 8 p.m. for whatever reason, we’d have to wait until the morning until the auto body shop opens up to be able to replace it.” No pyrotechnics were reported at the event. 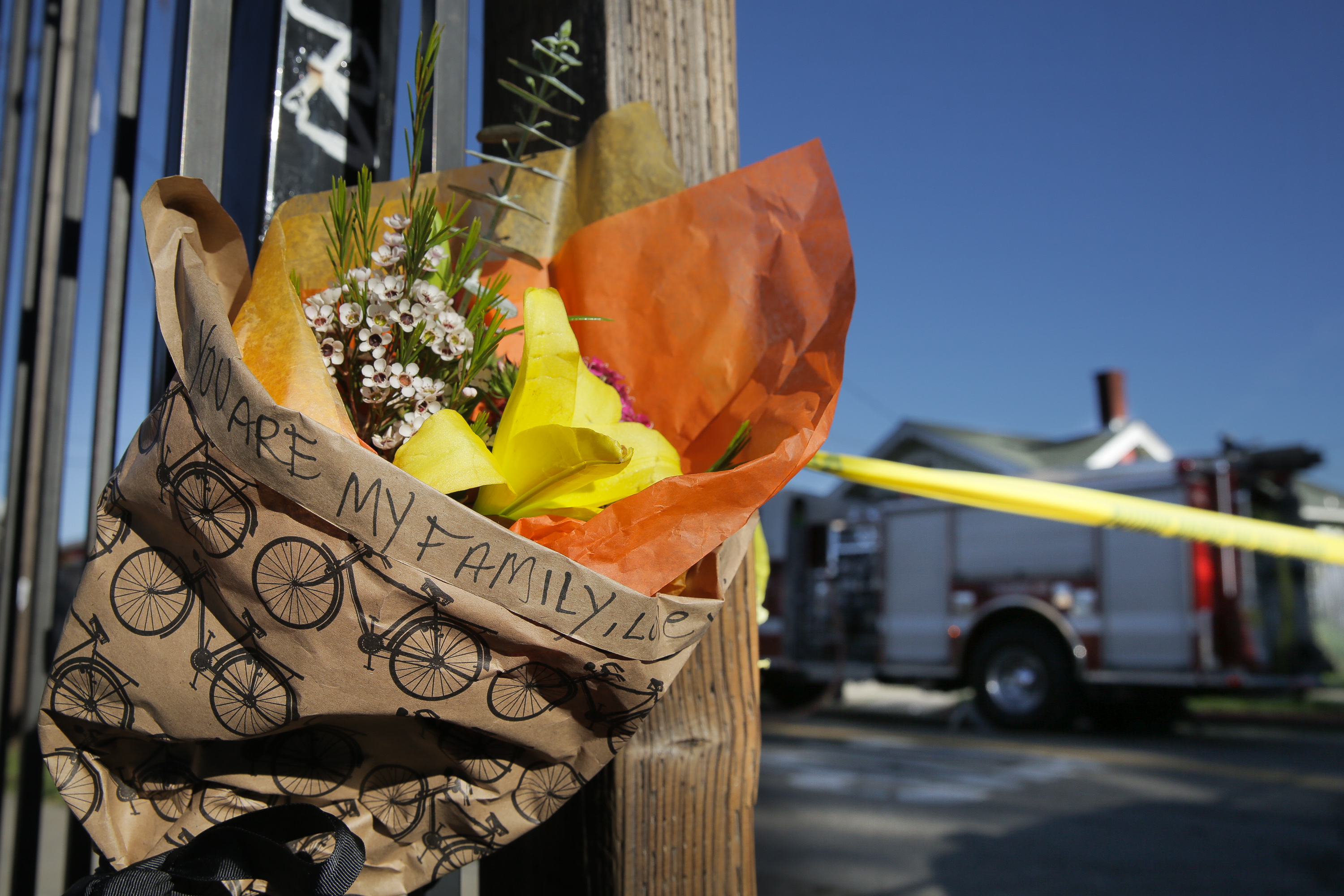 As officials brought in heavy equipment including dump trucks, front loaders, and a massive, white crane Saturday night, Karen West stood just outside the perimeter set by crime scene tape. She’d come to drop off flowers and a candle at an impromptu memorial growing on E 13th St. But more importantly, she was there to relay information to the parents of 28-year-old Micah Danemayer, a performer at the event who was still missing.

“Micah is really sensitive and gentle. He was doing his music as a way of processing the world he saw, trying to make sense of it,” West, who has known Danemayer his whole life, said. Danemayer’s parents were flying into town tomorrow, but until then, West would serve as a stand-in. Her eyes welled with tears. “He moved in with his girlfriend Thursday and told his brother it was the happiest day of his life.”