It’s just one week prior to the annual South By Southwest conference, that yearly gathering held in Austin, Texas, at which today’s biggest and brightest talents congregate, perform before an enlightened and enthused audience, then go about their business as their careers then soar to stratospheric heights!

This week’s new releases are a great reminder of that which awaits all of us attendees-to-be: Distinguished oldsters, up-and-coming newbies, dudes that have been playing blues-based Americana music since Hector was a pup, and, in all likelihood, Hector himself, were I to scroll down to the very bottom of Amazon’s enthralling “new releases” section this week!

But as is this column’s wont, let’s just focus on this week’s biggest and brightest hits-to-be! Especially the ones with cool covers! 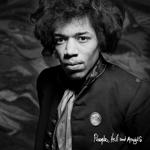 Jimi Hendrix: People, Hell And Angels (Experience Hendrix/Legacy) While it’s inevitable that iconic artists like Hendrix will be the subject of album reissues and previously-unreleased sets from now until doomsday, there is so much in the can—whether legitimate, illegitimate, or available on the multiple bootlegs released since his 1970 death—good stuff emerges purely because it’s mathematically possible! This new compilation, featuring 12 studio recordings that were never previously officially released (insert asterisk here), qualifies as good stuff: it features the guitarist outside his popular Experience context, alongside such musicians as Billy Cox, Buddy Miles, Stephen Stills, the Ghetto Fighters, Lonnie Youngblood and Larry Lee, and focuses on music-making rather than polished pop, which is no surprise, but always welcome. As years zoom by, Hendrix’s scant encounters with “polished pop”—there isn’t much, but “All Along The Watchtower” probably qualifies on the basis of FM radio play—now seem like aberrations, and the bulk of his more interesting works, like this, can almost be heard and appreciated in the clinical sense in the same manner as blues recordings of the early ‘50s. Which is a great way to hear it. In 2013, this sounds fascinating—and very, very distant. 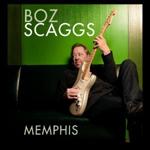 Boz Scaggs: Memphis (429) Just spent the past week listening to the upcoming 7-disc Duane Allman compilation, which features several tracks from Scaggs’ first Atlantic album and was a great reminder of the singer’s singular talent. Drawing inspiration from R&B and the blues, Scaggs—first with the Steve Miller Band, then on his own through his giant Silk Degrees set of 1976—has fashioned a warm, soulful persona that few have ever duplicated. This new disc, his first studio set in five years, was recorded in Memphis, produced by Steve Jordan, boasts peerless players like Willie Weeks and Ray Parker Jr., and features a few originals and several familiar covers, including “Rainy Night In Georgia,” “Corinna, Corinna,” and Steely Dan’s “Pearl Of The Quarter”—which, considering Scaggs’ work with the Dukes Of September (featuring Steely Dan’s Donald Fagen and Michael McDonald), could not be more appropriate. It’s a warm, welcome return to form for Scaggs, impeccably played and sung, and the sort of album that we might have once taken for granted but now—considering the slick soulfulness oozing from every track—seems a comparative rarity. 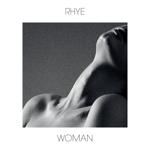 Rhye: Woman (Republic) There are two surprises in store for people who hear this album.  First: No, it isn’t Sade. Secondly: Um, that’s a dude singing. Like, really. And once you’re over that—and you will be over that—you’ll have the opportunity to sit back and enjoy one of the finest, most soothing and seductive albums you’ll hear this year. The work of duo Mike Milosh and Robin Hannibal—from Canada and Denmark respectively—Woman is subtle, melodic, understated and surprisingly intelligent. And despite who it may sound like at first listen, give it some time, grasp the intricacies, and you’ll realize it sounds like no one else at all. 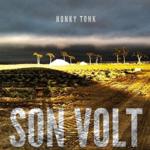 Son Volt: Honky Tonk (Rounder) A nice, fine, perfectly adequate record by Son Volt—apparently their sixth studio effort—that reminds some of us of this band’s prior history in Uncle Tupelo, the split that would result in two bands, this one and Wilco, the sentiment that Son Volt had the goods and Wilco was somewhat flailing away, and then its reversal. Now Son Volt seem the challengers, Wilco the big guys, and to be blunt—at least to me—neither seem particularly worth getting excited about. It’s difficult to take issue with the players or the songs here, but in 2013, hearing players who apparently are “excavating, distilling and reimagining the classic honky tonk sound of Bakersfield,” per the bio here, only makes me want to hear the original honky tonk sound of Bakersfield—it’s all available now, isn’t it?—and maybe have a drink or two in the process. I don’t think that was their intent.

Robyn Hitchcock: Love From London (Yep Roc) Apparently commemorating his 60thbirthday, the latest album from Robyn Hitchcock shows that age not dulled his grasp of what constitutes good pop music: Fine melodies, captivating lyrics, and a big green eyeball on your album cover! Though there’s little chance anything he’ll produce these days will replicate the effect Underwater Moonlight (by his former band the Soft Boys) had on those who unsuspectingly picked it up in 1980–as List Of The Day’s Rob O’Connor astutely hinted here—the raw and striking talent displayed there surfaces here on such tracks as “Strawberries Dress” and “Death And Love,” to his credit almost incidentally. Like fine wine? I do! 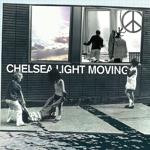 Chelsea Light Moving: Chelsea Light Moving (Matador) Sometimes being too hip doesn’t work to an artist’s advantage: While I admire guitarist Thurston Moore and all he’s done with his band Sonic Youth, that he was “recently named the #1 Guitarist Of All Time by Spin” and has named this new group of his after the “original Chelsea Light Moving company…run by Steve Reich and Philip Glass” does not exactly inspire awe so much as remind me we probably have a very similar record collection. That said, I will give him credit here for a varied listening experience, a particular track–“Alighted”–featuring a segment that sounds more like the Blue Cheer’s Vincebus Eruptum than anything I’ve ever heard, and his longevity as a creative, determinedly boundary-pushing recording artist. Plus: his name is kind of classy!

Lloyd Cole & Hans-Joachim Roedelius: Selected Studies 1 (Bureau B) A fascinating, unexpected collaboration between Cole, an Englishman known for his literate, emotive pop songcraft during the ‘80s, and pioneering German minimalist Roedelius, whose earlier work in Cluster and Harmonia influenced many who’d come later—including, apparently, Cole. All instrumental, dreamier than one might expect from Cole and bouncier than one might expect from Roedelius, this is a worthy, surprisingly melodic set likely to surprise fans from both camps. Recommended. 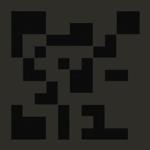 Autechre: Exai (Warp) The absolute opposite of the minimalism for which Roedelius made his name, this latest collection of electronic bloops, bleeps and pulses by Sheffield duo Sean Booth and Rob Brown—their 11th album—is a lengthy, fascinating set that, with repeated listenings, offers up textures and beats of surprising subtlety. Extremely well-produced and varied enough to retain the interest of newcomers—no small feat for a band past their 25th year—Exai is one of this year’s unexpected highlights. 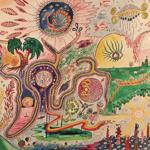 Youth Lagoon: Wondrous Bughouse (Fat Possum) There’s a cliché that anyone these days can record a masterpiece in their bedroom; this might not have been recorded in his bedroom, but the second album by Trevor Powers, a 22-year-old from Boise, sounds like exactly what that cliché had in mind. A beautiful mess of outsider drones, gorgeous melodies that evoke that nether-region between absurd acid psychedelia and modern-day Flaming Lips, Wondrous Bughouse is wholly inspired, stunningly visual, and very much worth repeated listenings.

How To Destroy Angels: Welcome Oblivion (Columbia) Featuring Nine Inch Nails’ Trent Reznor, his wife Mariqueen Maandig, Atticus Ross and Rob Sheridan, How To Destroy Angels apparently derived their name from an obscure Coil single and in one fell swoop have accidentally bested nearly everything ever released under the NIN moniker. This is probably a good thing!