UPDATE: At the Drive-In, Best Coast, Black Pistol Fire, The Casualties, Mad Caddies, Cockney Rejects, Potty Mouth and more have been announced to perform at Riot Fest. See the full list below.

Nine Inch Nails, Queens of the Stone Age and an exclusive reunion of punk giants Jawbreaker will lead this year’s Chicago faction of Riot Fest, which sweeps into the Windy City’s Douglas Park from September 15th to 17th. Dinosaur Jr., Mighty Mighty Bosstones and Fishbone will also perform their full albums at the fest.

Wu-Tang Clan, M.I.A., New Order, Paramore, Prophets of Rage, TV on the Radio and over 70 more artists have been tabbed for the annual three-day fest, with 25 more artists slated to be added in May.

The Chicago Riot Fest will also boast a DJ set courtesy of Beastie Boys’ Mike D as well as an exclusive 40th anniversary set from punk legends Bad Brains. On Thursday, organizers will announce who will partake in the fest’s tradition of having artists perform their seminal albums in their entirety.

Other artists slated to perform include Dinosaur Jr., Built to Spill, X, Death From Above 1979, FIDLAR, Fishbone, A Day to Remember, Liars, GWAR, Taking Back Sunday, Vic Mensa, Ministry and reunited Nineties alt-rockers That Dog.

A year after locking down the unexpected, seemingly impossible Misfits reunion, the festival has managed to bring Jawbreaker back together after a two-decade-long breakup; the trio last performed together in 1996.

On Thursday, the festival announced the first eight of 10 bands to perform their respective albums all the way through. 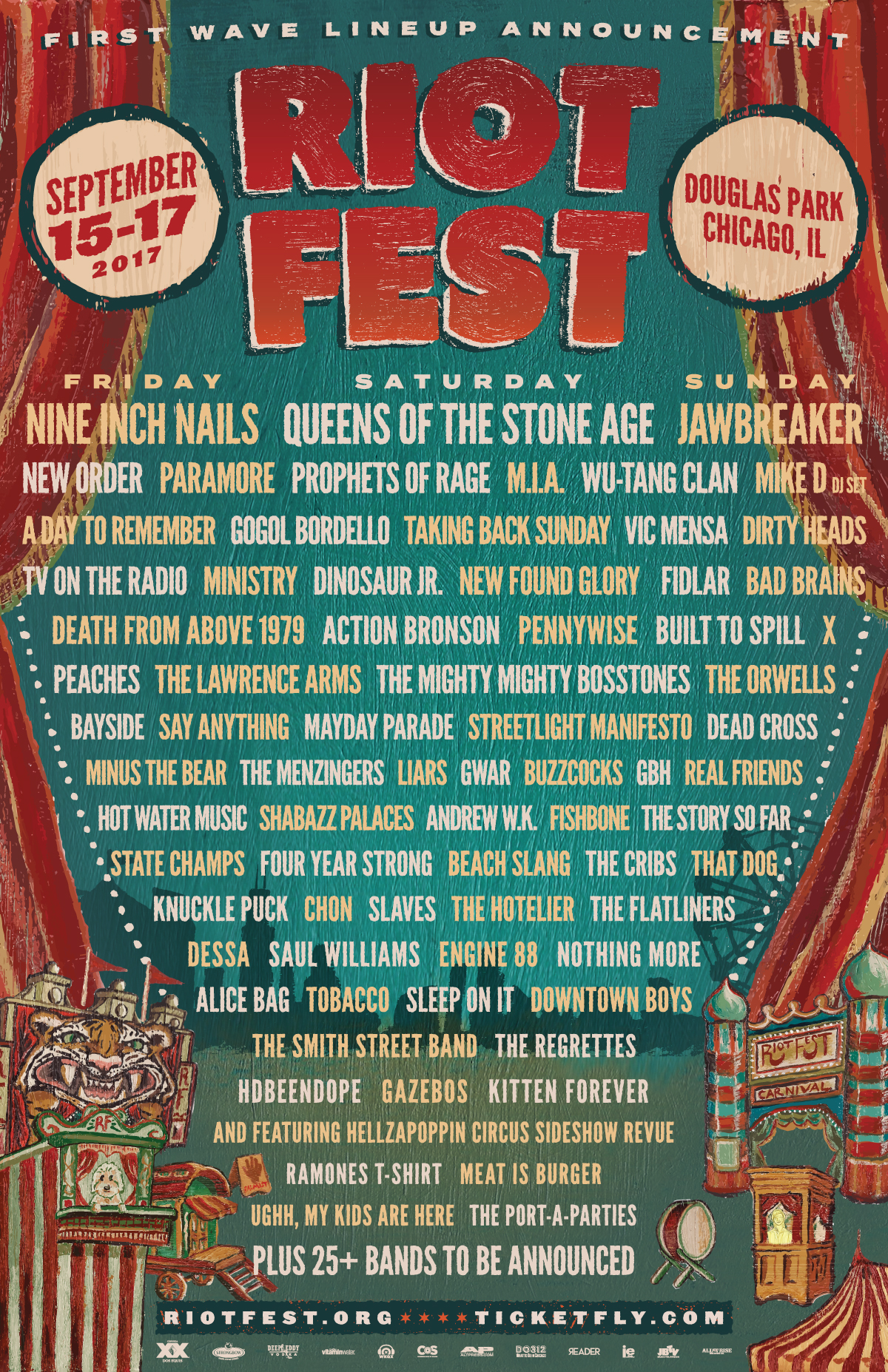