Nine Inch Nails have allowed a rare glimpse into what goes into preparing for a large-scale tour with big-budget production. The band posted rehearsal photos on Tumblr today, showing the musicians in action in Los Angeles as they prepare for their upcoming festival and arena tour.

The stills by Rob Sheridan depict the rockers dwarfed by a massive backdrop as they stand in a row while playing. Other shots include Trent Reznor alone singing into a microphone and models of the stage complete with wooden figurines of each member. 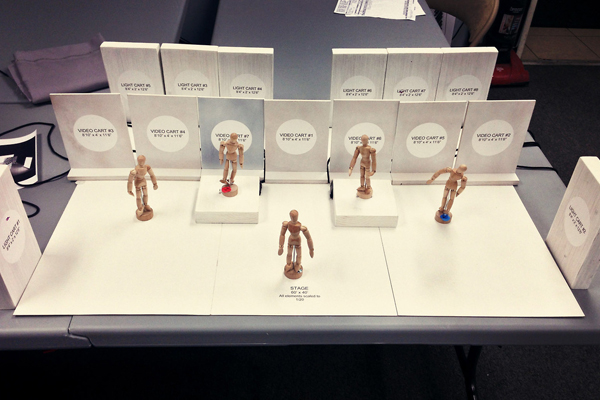 Reznor recently opened up about his battle against demons that included depression and addiction, and added that he turned to mentor David Bowie for support while getting through it.

Nine Inch Nails will kick off an arena tour in September following the release of Hesitation Marks on September 3rd.