Nicki Minaj just may be the hardest-working diva in show business. “I do everything myself,” she explains in Rolling Stone‘s new cover story (on stands Friday), telling contributing editor Jonah Weiner about the exhausting process of getting her 15-minute Pinkprint movie to iTunes in time for release. “I’ve gone over all the shots. Now, when it comes time to retouch and do color correction, those are little things that can turn into big things if they’re not done properly, so I oversee it, too. I would save so much time if I didn’t care about things like that. But I do.” (See exclusive behind-the-scenes footage from The Pinkprint shoot below.)

19 Nicki Minaj Songs That Paved the Road to ‘The Pinkprint'

Over several days in New York, RS got to see Nicki the perfectionist, Nicki the artist, Nicki the businesswoman and Nicki the vulnerable woman in action. Here are five highlights from the story: 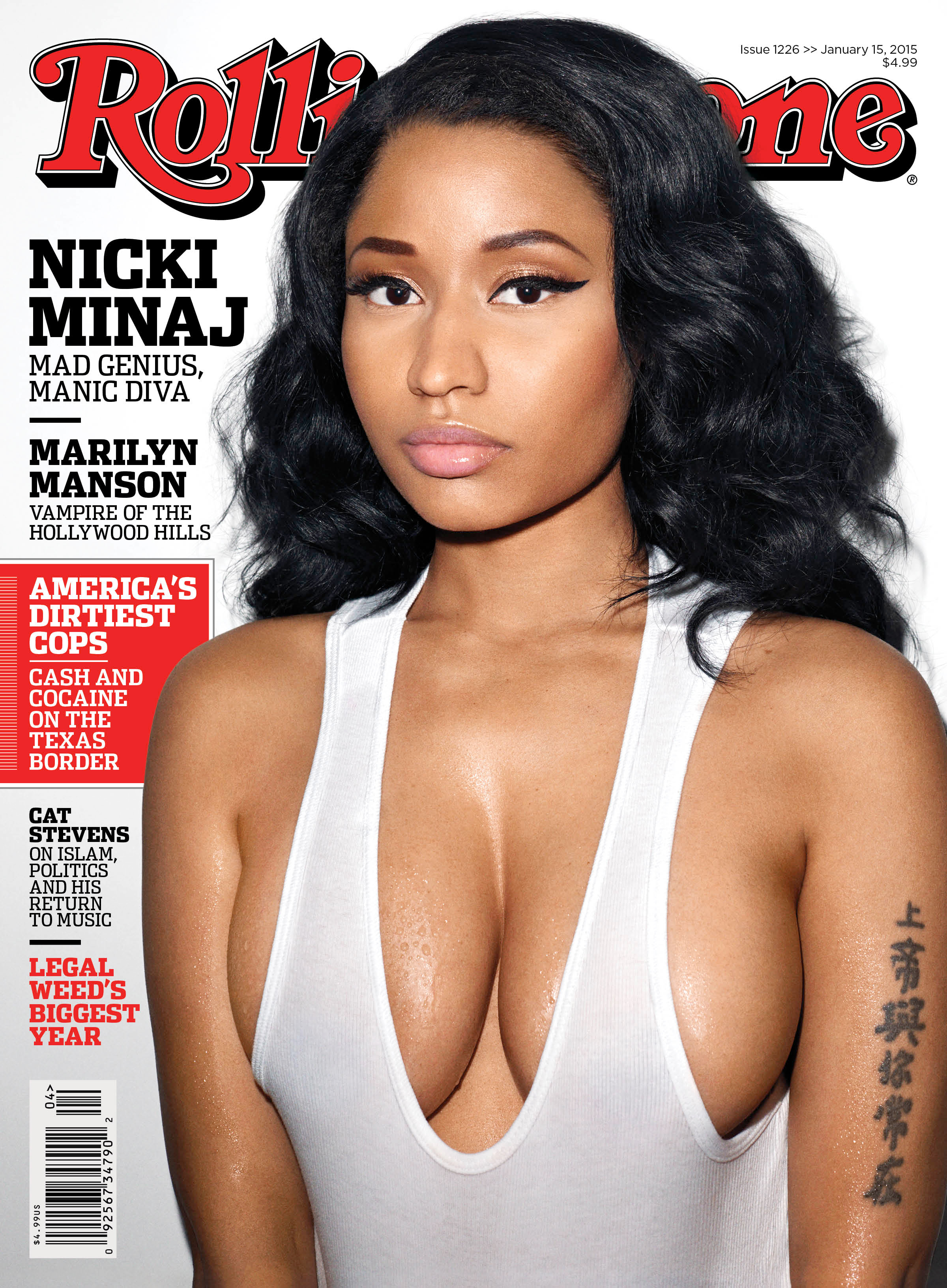 Minaj reveals things on The Pinkprint that she’d never dared share with fans before.
“One of my goals was to give people a glimpse into my personal life, because it’s something I’ve kept very private,” she tells us. By now, fans are well aware that the rapper’s 11-year relationship with Safaree Samuels has come to an end, but Minaj admits she toned down the wild voices and costumes on the new LP to focus her songwriting on what was happening in her personal life, which was extremely painful. “I had to learn to do something as simple as sleep alone,” she says. “I struggled with ‘Do I express these feelings?’ And I decided there’s no reason for me to hide. I’m a vulnerable woman, and I’m proud of that.”

She hasn’t stepped back from her mission: inspiring girls to be sexy and smart.
“With a video like ‘Anaconda,’ I’m a grown-ass fucking woman!” she says. “I stand for girls wanting to be sexy and dance, but also having a strong sense of themselves. If you got a big ol’ butt? Shake it! Who cares? That doesn’t mean you shouldn’t be graduating from college.”

Nicki alludes to a pregnancy that ended in abortion on The Pinkprint.
Minaj’s first love was an older guy from Queens she dated while attending the prestigious Manhattan performing-arts high school LaGuardia. When she discovered she was pregnant, “I thought I was going to die,” she admits. “I was a teenager. It was the hardest thing I’d ever gone through.” She ended up having an abortion, a decision she says has “haunted me all my life,” though it was the right choice for her at the time. “It’d be contradictory if I said I wasn’t pro-choice. I wasn’t ready. I didn’t have anything to offer a child.” She first rapped about the experience on a mixtape track called “Autobiography” she says she “didn’t expect anyone to hear.” Now the world is listening to every word she says very carefully: “Millions of people are gonna hear it. And you gotta watch everything you say — people find an issue with every fucking thing.”

Minaj has little patience for those who take craftsmanship less seriously than she does.
“I hate when artists brag about not writing rhymes, or doing things really quickly, and then it’s not great,” she says. “It’s ill when Jay Z or Wayne say it, because the results are great. When they’re not? Sit your ass down and figure out something new to say!”

Her acclaimed verse on Kanye West’s “Monster” began with a rant.
“He said, ‘What do you really wanna say?'” Minaj recalls. “So instead of writing a rap, I wrote pages and pages of like, ‘I’m sick of people talking about this, tired of people saying I’m that’ — ranting in a notebook, basically. Then I read it back, highlighted major things and put it in rap form.”

Minaj also talks about the role of black artists addressing a racist society, a scary experience that required an ambulance and her relationship with her parents: Grab the issue for the full interview.

Also in this issue: Erik Hedegaard on Marilyn Manson, Tim Dickinson on the war on drugs and Josh Eells on cocaine cops in Texas — plus Fall Out Boy, Yusuf Islam, Azealia Banks, Sleater-Kinney and more.

Look for the issue on stands and in the iTunes App Store this Friday, January 2nd.