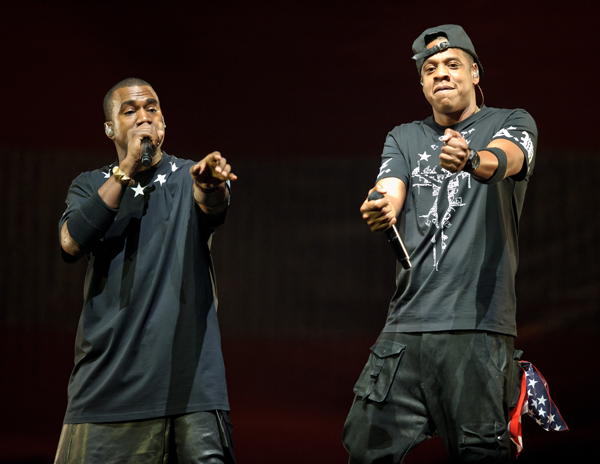 “Ni**as in Paris,” the most popular song from Jay-Z and Kanye West’s Watch the Throne, is a catchy eff-you anthem, a tongue-wag for troubled times. Sure, the song has earned countless radio spins and iTunes buys (and hit Number Six on the Billboard Hot 100), but it’s also become the duo’s signature live song on their Watch the Throne tour: They performed it three times in New York and six times in Miami, and when they got to Los Angeles, on December 14th, they performed it 10 times – eclipsed only by their efforts in Vancouver three nights later (11!). Just when it seemed like the madness would never end – an entire night of “Ni**as in Paris,” perhaps? – the tour ended on Sunday. Still, the numbers live on.

…WHICH IS:
2: Round-trips from London to Paris, via high-speed train.
23.5: Loops around Paris, via Boulevard Périphérique, at the legal speed limit of 80km/h (50mph).
6.5: Screenings of Woody Allen’s Midnight in Paris (2011).
2: Circles one could make (reasonably) walking between the three Hermès shops in Paris, spending an hour at each.