UPDATE: Nelly has issued a statement on Instagram following his arrest, writing, “Although I am unable to speak to the legal specifics and my attorney has put out a preliminary statement, I feel the need to take responsibility for my choices in needing to be more aware of all the people I associate with and allow onto my property while committing to making better choices moving forward. While my instinct, of course, is to be accessible to my friends, fans and acquaintances, the last thing I would want to do is compromise the respect and admiration of friends, family and fans. #KNOWDAT!!!!”

Best Summer Songs of All Time

Nelly’s vehicle was pulled over by Tennessee Highway Patrol in Putnam County the morning of April 11th because the tour bus was missing two required stickers, one for the U.S. Department of Transportation and the other an International Fuel Tax Association sticker, USA Today writes. Upon approaching the tour bus, the trooper noticed the smell of marijuana.

A search of the tour bus uncovered a plastic bag that contained “five colored crystal-type rocks” of a substance that later tested positive for methamphetamines. A small amount of marijuana and drug paraphernalia was also found. “Approximately 100 small Ziploc bags that are commonly associated with the sale of narcotics” were also discovered, a law enforcement rep told the Johnson City Press. 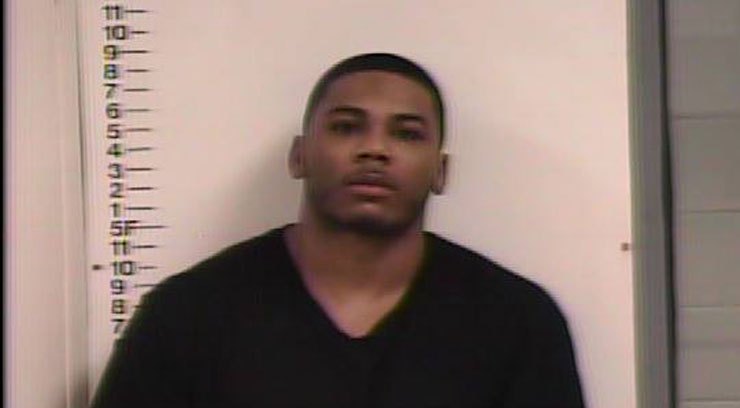 In addition to the drugs, numerous firearms were found onboard, including a gold-plated .50-caliber Desert Eagle pistol, a .45-caliber Tarus pistol and a 500-magnum Smith and Wesson. Another man on Nelly’s tour bus, Brian Jones, was charged with being a felon in possession of a handgun. Nelly, born Cornell Haynes, and Jones were taken to Putnam County Jail; the other four men aboard the tour bus were not charged.

In a statement (via CNN), the rapper’s attorney Scott Rosenblum said, “Nelly was one of several individuals that was on a tour bus that was stopped and searched while traveling through Tennessee. In fact, there had been 15-20 people that had access to the bus prior to the stop. Allegedly, a small quantity of contraband (MDMA aka Molly or Ecstasy) was discovered during the routine search. We are extremely confident that when the facts come out, Nelly will not be associated with the contraband that was allegedly discovered.”

Nelly was released from Putnam County jail on $10,000 bond. His next court date is scheduled for June 19th.

In October 2012, the rapper had a similar incident at a Texas border patrol checkpoint after .64 ounces of heroin, a loaded .45-caliber pistol and 10 pounds of marijuana were found aboard Nelly’s bus. The rapper was not charged in the Texas incident as Brian Jones –the same man arrested along with Nelly in Saturday’s Tennessee bust – admitted to police that the drugs and gun belonged to him.