Neil Young has detailed his upcoming archival live album Roxy – Tonight’s the Night Live, a collection of the rocker’s performances at the Los Angeles venue in 1973.

Recorded between September 20th and 22nd, 1973 alongside Young’s backing band the Santa Monica Flyers, the album boasts the live debuts of nine of the songs that would feature on Young’s classic 1975 album Tonight’s the Night, one of Rolling Stone‘s 500 Greatest Albums of All Time, as well as On the Beach‘s “Walk On.”

“We really knew the Tonight’s The Night songs after playing them for a month [in the studio],” Young previously wrote of the live LP in his online newspaper. “So we just played them again, the album, top to bottom, without the added songs, two sets a night, for a few days. We had a great time.” Young’s Roxy concerts also marked the first-ever concerts at the now-famed Sunset Strip club.

Beyond 'Hitchhiker': 15 Archival Neil Young Albums We'd Like to Hear

Roxy – Tonight’s the Night Live, produced by Young and the late David Briggs, will first be released as an exclusive Record Store Day edition on April 21st before a standard vinyl, CD and digital version arrives the following week. The Record Store Day edition of the 2LP set will feature an etching on its fourth side as well as a print of Young and his band onstage at the Roxy. Preorders for the live album begin March 5th.

“In 1973, I drove my 1947 Buick Roadmaster, Black Queen, to LA from the North, accompanied by Ben Keith. Once we made it to Hollywood, we met up with Billy Talbot and Ralph Molina. Nils Lofgren joined us and we drove to Studio Instrument Rentals on Santa Monica Blvd. David Briggs, producer, and Johnny Talbot, equipment manager, met us there,” Young said of the live album in a statement. 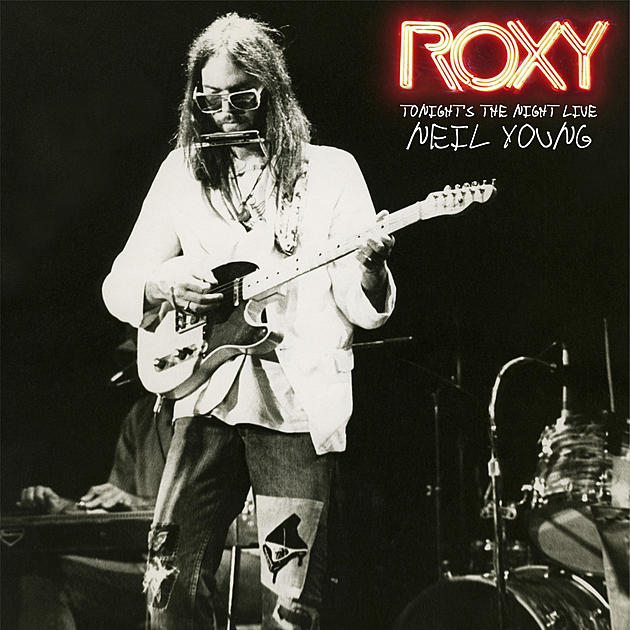 “They had blasted a hole in the wall to connect the green board which we had set up (an old tube board I had purchased that had been used recording many historic sessions from the Beach Boys’ Pet Sounds to Monterey Pop Festival, among many others) next to the rehearsal hall. Our 16-track analog tape machine was set up next to the board. We had finished recording TTN and decided to celebrate with a gig at a new club opening on the Sunset Strip, the ROXY. We went there and recorded for a few nights, opening the ROXY. We really knew the Tonight’s the Night songs so we just played them again, the album, top to bottom, two sets a night for a few days. We had a great time. ROXY – Tonight’s the Night Live is the live recording we made. There is a little Super 8 footage of us driving to the gig in the Black Queen one of those nights.”

Roxy – Tonight’s the Night is among the first of a wave if promised archival releases tied to opening of the Neil Young Archives, the recently launched high-quality streaming site that digitally houses Young’s work. The rocker also previously teased the upcoming live release ALCHEMY, which documents his 2012/13 tour with Crazy Horse.