When the Monkees stepped onstage at Escondido’s California Center for the Arts on Thursday night, the packed audience greeted them with an eruption of screams. For a band that once regularly got mobbed by packs of teenage girls, it must’ve felt like old times.

Performing together for the first time in 15 years, Monkees Michael Nesmith, Micky Dolenz and Peter Tork played all the hits and plenty of b-sides in a crowd-pleasing, nearly two-hour set. They also paid tribute to beloved bandmate Davy Jones, who died of a heart attack in February at age 66.

In the most touching moment of the concert – which marked the first stop on a 12-date U.S. tour – the band led the room in a convivial rendition of “Daydream Believer,” which was normally sung by the baby-faced Jones. As two women from the front row sang with Dolenz onstage, people rose from their seats and swayed side by side, waving their arms while belting out the words. 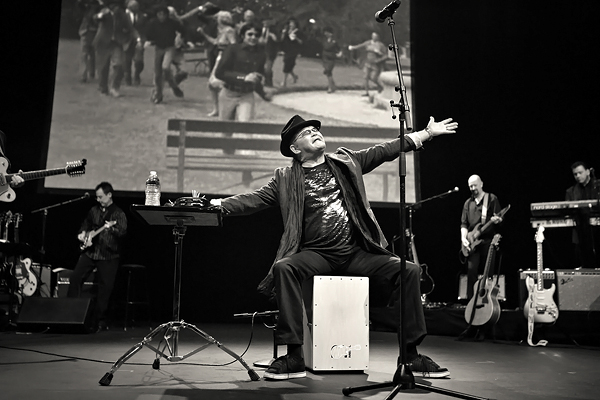 Joined onstage by a solid backing band, Dolenz, Tork and Nesmith didn’t sound quite as sprightly as they did when they first achieved fame as stars of their mid-Sixties TV sitcom. Still, they were undoubtedly Monkees, hamming it up, exchanging silly banter and joking about Nesmith’s recent return to the fold. (Though he joined the band for some U.K. dates in 1997, he hasn’t played with them on any reunion tours since they broke up in 1971.)

At one point, the group did a little comic routine. Before playing the Nesmith-penned tune “Daily Nightly,” Dolenz had something extra-special to tell the audience – Nesmith had procured a rare, vintage Moog synthesizer to perform the song. In exchange, Dolenz said, he had the lyrics to the song printed in 24-karat gold leaf.

There was just one problem: “I didn’t get the Moog,” Nesmith confessed. However, he did get a picture of a Moog, which popped up on a big video screen behind the band.

Throughout the show, the band honored Jones’ memory with recordings and video. At one point the lights went down, the band went quiet and a recording of Jones singing “I Wanna Be Free” came over the sound system. Meanwhile, vintage footage played of him walking along the beach . . . in flattering red swim shorts, naturally. 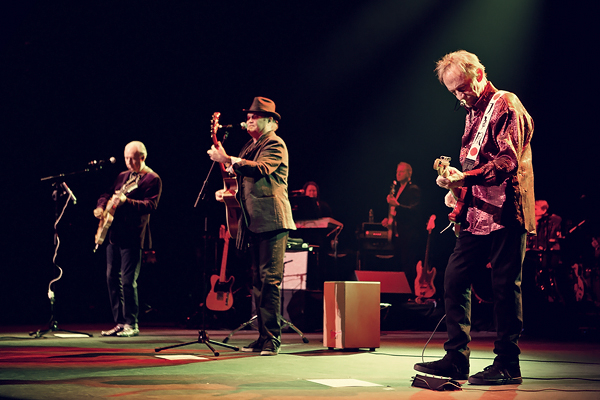 Later, in a nod to Jones’ enviable dancing skills, the backing band plugged along to the Harry Nilsson-penned tune “Daddy’s Song.” The screen showed a dashing Jones letting loose in clips from the Monkees’ 1968 film, Head.

Looking on were little kids, middle-aged folks and plenty of gray-haired fans who’d been around to see the Monkees on TV. One woman came with a vintage Monkees postcard photo that she’d gotten when she wrote them a fan letter many years ago.

When it came time to play “Daydream Believer,” the Monkees had their adoring audience in mind. Onstage, Dolenz explained that the band had discussed who should sing the song, only to conclude that it should be the fans.

“It doesn’t belong to us anymore,” he told the audience. “It belongs to you.”