On the day that Prince‘s Paisley Park complex-turned-museum officially and permanently reopened as a shrine to the late singer’s legacy, the mayor of Chanhassen, Minnesota declared October 28th “Paisley Park Day” in the Minneapolis suburb home to Prince’s headquarters.

In Mayor Denny Laufenburger’s proclamation, he wrote (via The Current), “Prince was known to love all, and today we welcome the world to our city while extending an open invitation for fans to visit Chanhassen and this beautiful music landmark.”

Laufenburger declared Friday “Paisley Park Day” just moments after signing the rezoning papers that allowed the complex to officially become a museum; earlier in the week, the Chanhassen City Council gave their final permission to allow the property to operate as a museum, which would attract an estimated 600,000 tourists annually.

The proclamation noted how the Twin Cities-bred artist first broke ground on his Paisley Park property in 1987, and that while Prince was “a universally recognized and celebrated icon,” he was “always Minnesota’s own.”

“No matter where his concert tours took him or how high his fame carried him, Prince was steadfastly devoted to Chanhassen and Minnesota, the city he called home and the state that inspired him,” Laufenburger wrote.

The mayor was joined at the proclamation ceremony by Prince associates Kirk Johnson and Trevor Guy, who have helped the Prince estate transform the recording facility into a museum worthy of the artist. 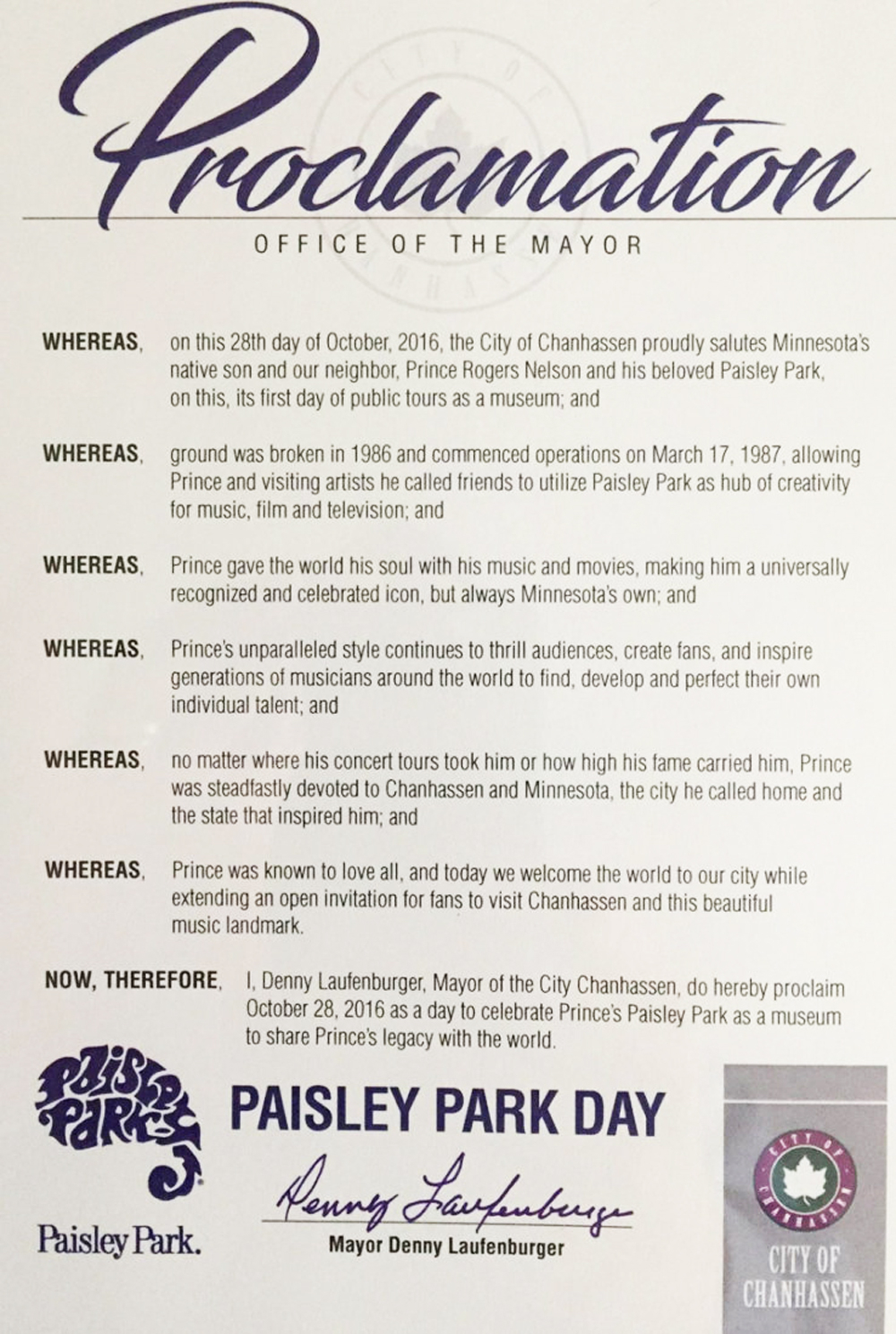