On what would have been Prince‘s 58th birthday, Minnesota governor Mark Dayton has declared June 7th “Prince Day” in the music legend’s home state. In a proclamation signed Monday, Dayton praised Prince as the “creator of the ‘Minnesota Sound,’ a contribution not only to the global catalogue of music genres, but to Minnesota’s worldwide prominence and its economic growth.”

The proclamation also encouraged all Minnesotans to wear purple clothes on June 7th “in honor of the Purple One’s enduring legacy.” In addition to Prince’s musical accolades, the proclamation also celebrated the singer as “a music industry innovator, a mentor and a humble philanthropist.”

To mark Prince’s birthday, Tidal, the streaming service that Prince aligned with in the months prior to his April 21st death, added 15 of the artist’s lesser-known, overlooked LPs to its digital catalog. In addition to Prince’s “Artist Formerly Known As”-era albums like The Gold Experience, Crystal Ball, Chaos & Disorder, Rave Un2 the Joy Fantastic, Tidal is offering up remix collections like 1999: The New Master and Rave In2 The Joy Fantastic.

Prince’s infamous The Black Album, the One Nite Alone and Indigo Nights live LPs and New Power Generation’s Exodus and New Power Soul were also added to the library along with Prince’s Girl 6 soundtrack.

On Monday, the BET Awards also revealed the details of their Prince tribute, which has recruited artists like D’Angelo, the Roots, Sheila E., Janelle Monae and more. The awards show will take place on Sunday, June 26th. 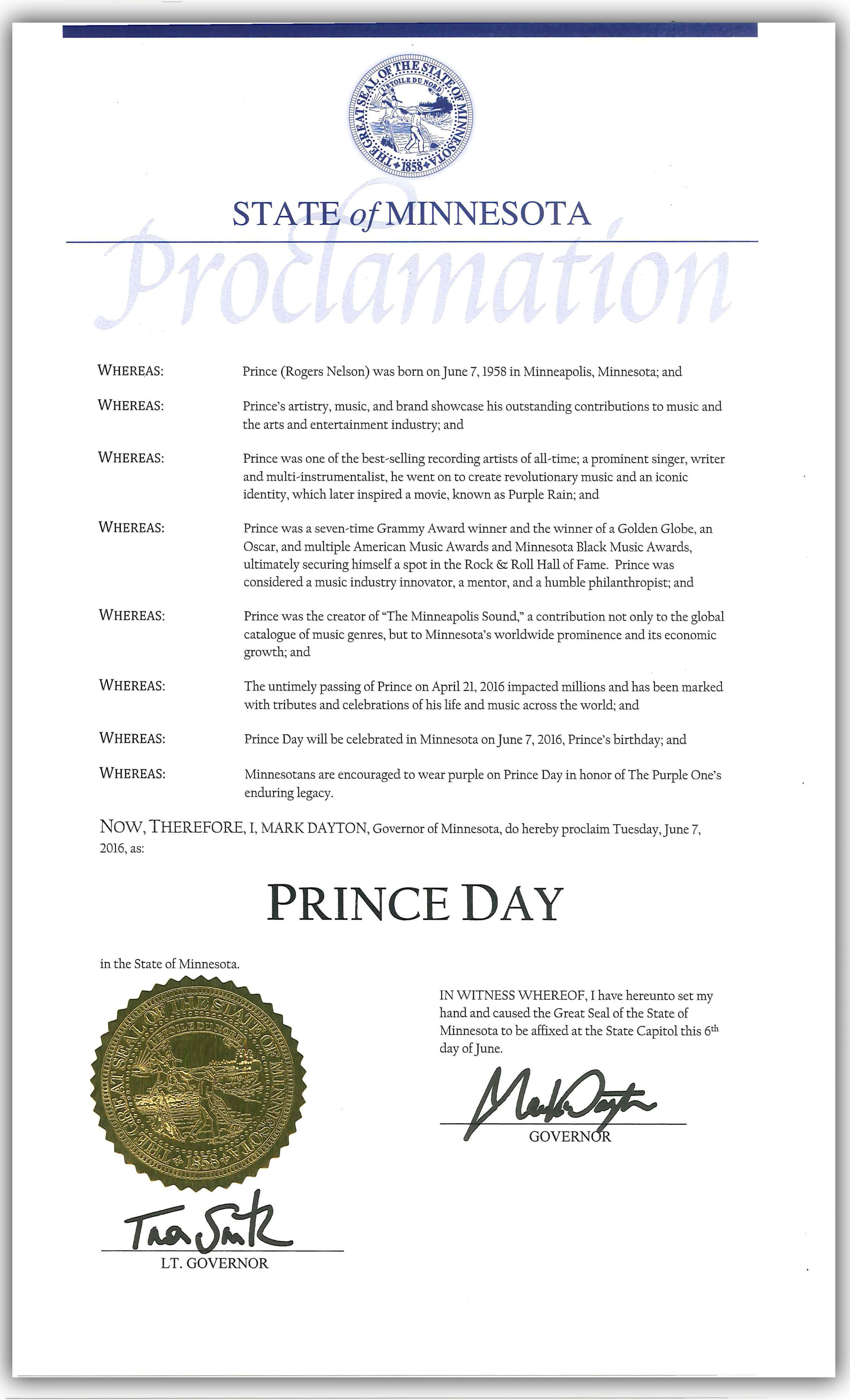