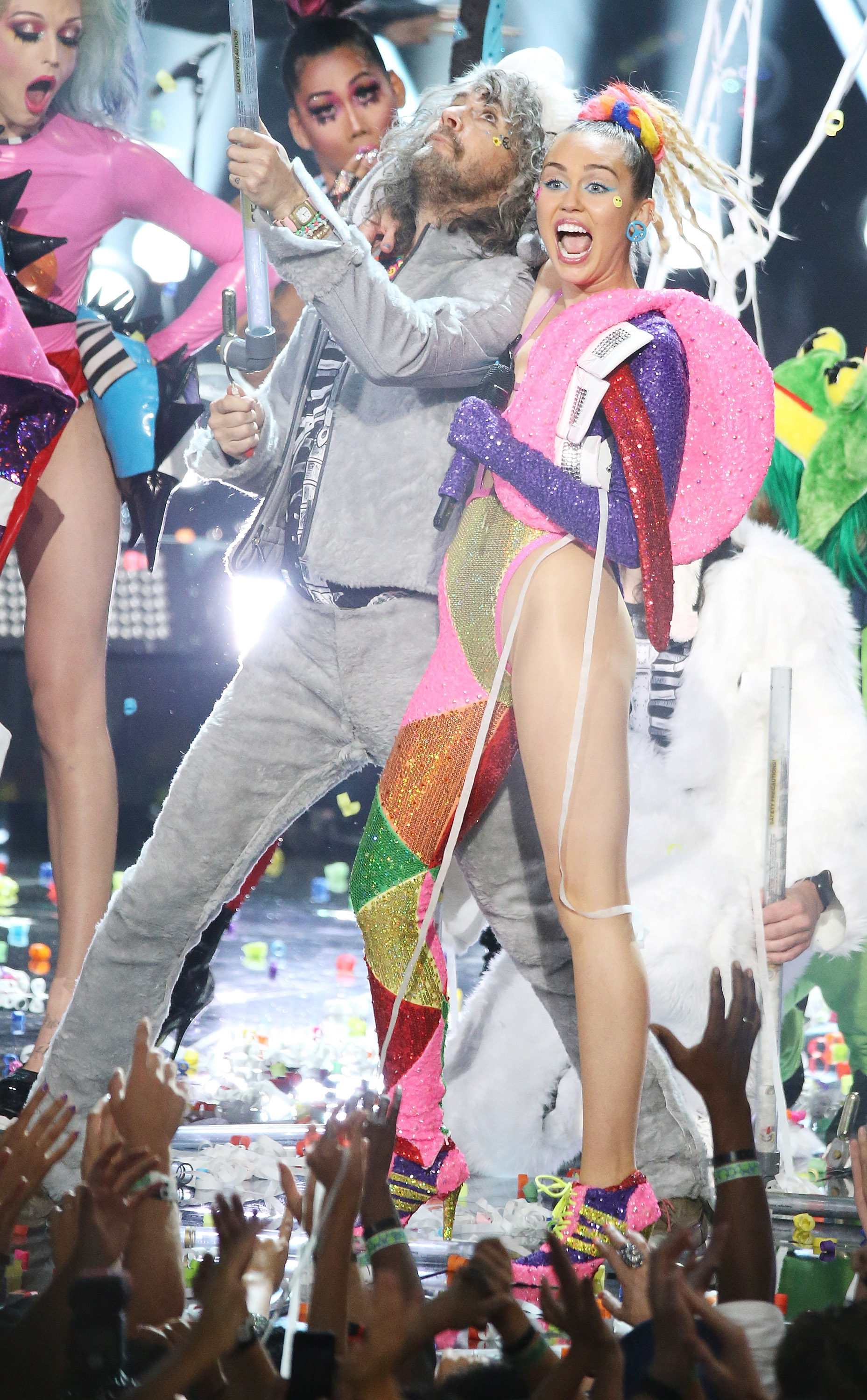 Miley Cyrus staged the biggest surprise in a VMAs full of unexpected moments when the singer announced at the end of the show that her new album Miley Cyrus & Her Dead Petz was available to stream for free. Speaking to the New York Times, Cyrus discussed her unexpected new album – made for $50,000 without the assistance of her record label – as well as her artistic relationship with Flaming Lips mastermind Wayne Coyne.

“[Coyne is] everything in the world — you can’t even define us,” Cyrus said. “I am 100 percent in love with Wayne, and Wayne is in love with me, but it’s nothing sexual in any way. That would be the grossest.”

The pair’s first collaboration came when Cyrus provided vocals to “Lucy in the Sky With Diamonds,” a track off the Lips’ Sgt. Pepper’s tribute album With a Little Help From My Fwends. After that, their story becomes “really trippy”: Cyrus’ beloved dog Floyd was killed by coyotes while the singer was on her Bangerz world tour in April 2014. That incident sent Cyrus in an emotional tailspin that eventually resulted in her being hospitalized in Kansas City for a week due to an allergic reaction to antibiotics. Coyne visited Cyrus in the hospital, cementing their friendship.

When Cyrus returned home from the tour, she visited a Chinese healer who “sent me into a state where my dog was lifted out of my lungs and placed on my shoulder,” at which point she petted Floyd for three hours until finally telling his spirit to “let go and put his energy out.” “I really think, in a way, his energy went into Wayne’s energy. What he was to me, Wayne has become,” Cyrus told the Times.

As for Cyrus’ not-exactly-radio-friendly Dead Petz, it was made outside of her current record contract with RCA Records, giving her complete artistic freedom over the project. “They had never heard the record until it was done,” she said, adding that Dead Petz wouldn’t count toward her multi-album contract.

In a statement, RCA Records said of Cyrus’ pet project, “Miley Cyrus continues to be a groundbreaking artist. She has a strong point of view regarding her art and expressed her desire to share this body of work with her fans directly. RCA Records is pleased to support Miley’s unique musical vision.”