Readers who perhaps have paid scant attention to the latest in music trends—who have heard they might like Mumford & Sons, say, but aren’t quite sure there are any record stores left in which they might purchase their popular album—should be reassured by the familiar names topping this week’s new releases list!

With the likes of Korn, Alter Bridge, and the new, improved Stone Temple Pilots—now featuring Chester Bennington of Linkin Park!—it’s almost as if nothing has changed, our government still continues to function, and you should really check out my page on MySpace!

Additionally, this “rap” thing continues to flourish, youthful teen stars still shave their heads and lick metal objects in music videos, and Kenny Rogers is looking more spritely than ever! 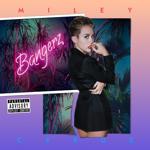 Miley Cyrus: Bangerz (RCA) I suppose naming your album after the sort of drink they serve at Hooters—at least I think so, I’ve never been there because I can’t afford the cover charge!—is a fair indicator to potential consumers that your new album isn’t a plea to join a nunnery, so God bless Miley Cyrus! That said, when you subtract the sonically pleasing, ultra-commercial musical context surrounding this collection of sometimes pleasant, sometimes grating tunes, you are left with an oddly disquieting sense of an anonymous, competent young female vocalist with a Southern accent aping today’s “popular styles” by incorporating horrendously inappropriate rap slang, merging it with the worst of Pop/Country vocalese and assuming today’s record buyers are somewhat tasteless music slobs who’ll buy anything as long as people are talking about it! Less an album than a marketing exercise, Bangerz is mostly being discussed as a function of Miley’s status in the world of social media—because, hey, she’s not exactly a new artist—and even the good reviews are couched in guarded negatives. In the scheme of popular music, this means about as much as Annette Funicello’s 1960 hit “Pineapple Princess” did five years after the fact–and at least Annette wore a nice sweatshirt! 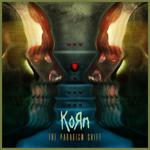 Korn: The Paradigm Shift (Prospect Park) Unlike most of my rock critic friends—they’re the ones who stayed at home and dreamed up continuing their careers on Facebook for no pay!—I always sort of enjoyed L.A.’s hard-rocking Korn, not just because they featured a bass player named “Fieldy”—was there ever a cooler nickname?—but because they seemed to unwittingly unleash a sort of Beefheartian roar in much of their music and probably didn’t even know it! Well, they’re back and better than ever, and now proudly feature the return of guitarist Brian “Head” Welch—an infinite improvement over Larry “Gall Bladder” Overmeyer—and upbeat new tracks like “Love & Meth” and “Spike In My Veins,” romantic ballads both and in their way clearly unforgettable! Still, devoting an entire album to a future era in which the general population gives up using pens and pencils purely for the love of crayons is odd: When I think of paradigm shifts, I think of the invention of the telegraph, the atom bomb, and great MTV shows like The Real World! In the immortal words of band guru Orville Redenbacher: “I had popcorn all over the place, so I decided I might as well be in the Processing Business”! 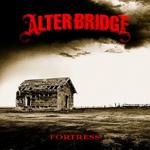 Alter Bridge: Fortress (Roadrunner) Best known for being Creed without that lead singer guy, Alter Bridge return here with their fourth album, and it’s a power-packed monster! Featuring Myles Kennedy on vocals, Mark Tremoniti on guitar, Brian Marshall on bass and Scott Phillips on drums, the direly underrated quartet again continue their quest to change the age-old rules of that much-loved card game! Opening track “Cry Of Achilles” bemoans the status of lower-ranked suits Diamonds and Clubs—heartlessly called “minor suits”—and the overall notion of “accepted” levels of bidding! The powerful “Bleed It Dry” decries opening leaders who make the lead to the first trick but would rather be anywhere but stuck in some Midwest dump playing cards! Later, over croissants, bundt cake and fruit punch, the guys conclude with rockers “All Ends Well” and “Fortress” and promise they’ll “take no prisoners” at next week’s game! Outside, a car skids, a police siren shrieks in the distance, but with that luscious bucket of potato salad sitting there, who cares? Yes they rock like crazy! 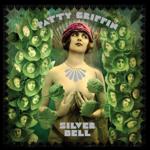 Patty Griffin: Silver Bell (A&M) It is sort of fascinating that a compelling, much-praised songwriter like Patty Griffin would have recorded such an excellent, fully-realized album like this in 2000 and…watched it sit around, unreleased, for 13 years. Recorded then at Daniel Lanois’s New Orleans studio and remixed now by renowned producer Glyn Johns, the album is brimming with inspiration: great songs, widely varied instrumentation, and wonderful vocals by the oddly under-appreciated Griffin. Though two of the tracks here (“Truth #2” and “Top Of The World”) were hits for the Dixie Chicks a decade ago, there isn’t a single note that doesn’t sound blazingly contemporary and noticeably inspired. Had it been released when it was supposed to be, it would’ve been Griffin’s third album—and perhaps her already distinguished status in the public eye might now be significantly boosted. That it’s out at all, though, is almost good enough—and an apt reminder that, even today, some of our best and most authentic talents might be waiting for the sort of breaks that, though promised, never come. 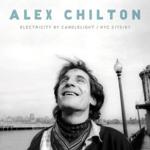 Alex Chilton: Electricity By Candlelight (Bar/None) Anyone captivated by the recent Big Star documentary—especially those too young to have been there at the time—will find this unexpectedly released “informal” Alex Chilton show, recorded in New York in 1997, an entertaining and informative listen. Chilton, the central figure in that much acclaimed Memphis cult band, reached his aesthetic peak via the group’s third album and seemed to spend the remainder of his career zig-zagging away from it. Captured here at the Knitting Factory during a power outage, Chilton and his band run through 18 songs—covers from the oddest of sources, but revealing in their variety—and offer a fascinating glimpse of the inspiration that powered Chilton’s unique muse and resulted in some of the better pop music we’ve ever heard. By no means representative of Chilton’s other post-Big Star work, the album is pleasurable glimpse of a professional musician trying to make it work in the most trying of circumstances. And that’s often when the best stuff happens. 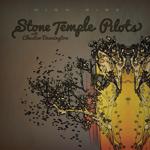 Stone Temple Pilots with Chester Bennington: High Rise (Play Pen) I don’t know about you, but I used to rank Stone Temple Pilots slightly above Seven Mary Three and all those other dopey bands that emulated Pearl Jam in the early ‘90s until—blammo!—came 1996’s Tiny Music…Songs From The Vatican Gift Shop, an out-of-nowhere pop gem that separated them from the second-string pack and seemed to offer the beginnings of a career that could only get better. But that never happened. Between the comings and goings of singer Scott Weiland—his personal travails, the repugnant artifice of Velvet Revolver, all that came after—and the unavoidable anonymity of the band’s “other guys,” STP now seems like a marketable name first and foremost, which is mostly sad. Going for the gusto with Linkin Park’s Chester Bennington isn’t exactly a masterstroke, at least to these ears—kind of like Styx and Kansas trading lead singers—but one has to admire the band’s audacity, its very stick-to-itiveness, and its wise incorporation, in these financially trying times, of the band’s brand name. Then one has to stop at the next 7-11 and get a Big Gulp!

Steve Nieve: ToGetHer (429) A talented pianist burdened with a once-clever name that now must haunt him—a moment of silence for Boomtown Rats’ pianist Johnnie Fingers, please—the former Attraction returns here, on his sixth solo album, with his one-time boss Elvis Costello and an interesting, arty batch of guest singers including familiar names like Sting, Laurie Anderson and Ron Sexsmith, and the marvelous Robert Wyatt, whose every recording merits mention. The material is all original, and quite good, but the format—a skilled keyboardist with a bunch of different vocalists—makes this less a coherent whole than a smattering of incredibly tasteful people making proper music, doing it well, then going home for tea. One can’t fault him one iota, but might also check this out one track at a time. 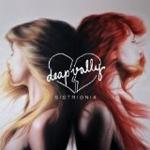 Deap Vally: Sistrionix (Cherrytree) Like most great rock ‘n’ roll bands, the members of Deap Vally met in a crochet class! Apparently, the spelling seminar was over-booked! But the exciting rock-babes, from L.A. and willing to bet you’re sophisticated enough to look at their new album cover, compare it to Heart’s Dreamboat Annie, and simply get the hint, can certainly rock with the best of ‘em. According to distinguished rock critic Wiki Pedia, the colorful female duo—Lindsey Troy and Julie Edwards—are “a scuzzy White Stripes-meets-Led Zeppelin rock and roll duo,” which is as good a description as any, probably, if hair conditioner isn’t involved, and is another way of saying their deliberately retro hard-rock song stylings may be up a surprising number of people’s alleys. Which sort of sounds dirty. I think they’re great! 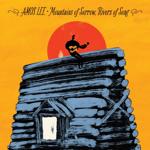 Amos Lee: Mountains Of Sorrow, Rivers Of Song (Blue Note) A strong, good showing for singer-songwriter Lee, whose last album Mission Bell—spookily, probably for him—debuted at No. 1 on the Billboard charts, this new set signifies a change of direction and musical context that suits him well. Recorded in Nashville, and offering guest appearances by Alison Krauss and Patty Griffin, among others, Mountains features Lee with his road band, some subtle and meaningful songs, and the sort of listenability you’d expect from a mature artist who, perhaps wisely, now sets out to make strong, cohesive albums rather than random attempts to recapture the top of the pop charts. Good, credible stuff you’re likely to enjoy quite a bit. 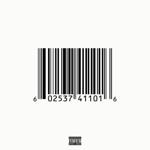 Pusha T: My Name Is My Name (G.O.O.D. Music) With guest stars like Rick Ross, Chris Brown, Kendrick Lamar, Kelly Rowland, and up-and-coming Everybody Else, the latest set from rapper Pusha T is all it is and more! Blessed with a magnificent and, indeed, inarguable title and stunning cover photo—good lord, what a face tattoo!—My Name Is My Name may be the best album ever recorded! It may not be, but why even go there?