The members of Swedish electropop trio Miike Snow know their way around a hit song. Separately and together, Andrew Wyatt, Christian Karlsson and Pontus Winnberg have written and produced for some of the biggest names in pop — Britney, Kylie, Madonna and Mark Ronson, to name just a few — and released their own share of bangers under the Miike Snow name, such as the effervescent 2009 gem “Animal.” At the same time, the group isn’t exactly chasing its next smash. “We wanted to keep that Wizard of Oz feeling to our musical experience, where it’s more about the imaginative adventure we can put together in a fictitious universe,” Wyatt tells Rolling Stone.

Hailee Steinfeld on Working With Max Martin, Following Up ‘Love Myself’

Fans might remember that Miike Snow’s sophomore record, 2012’s Happy to You, didn’t skew quite as catchy as their self-titled debut, focusing instead on a more avant-garde sound. Now with their third full-length, iii (out March 4th), Miike Snow have again reinvented their aesthetic. The trio finds inspiration from hip-hop on the album’s lead single, “Heart Is Full,” a track that captures the mainstream feel of “Animal” without seeming like it’s trying too hard. And “Genghis Khan,” which the band unveils today, is a bright, funky reminder of Miike Snow’s serious pop chops.

Wyatt recently spoke to RS about his band’s obsession with hooks, why Miike Snow once wore masks onstage and how Max Martin has “shredded so hard.”

Miike Snow’s sound this time around is quite different. What inspired the change?
When we came out, I don’t think a lot of things sounded like us, but now I think a lot of stuff sounds like Miike Snow’s first record — “Black & Blue” or “Burial” — downtempo, piano, electronic music with pop melodies that’s melancholic. I don’t think the right move is to ever stay in one place. Maybe everybody else adopted it or got more successful doing a similar thing to us, but you can’t really stop the clock ever. I think you just make things by instinct and you can’t always control where that goes. We didn’t do this, but you can try to do something like that, but it wouldn’t be as good or have the magic. It’s about catching the moment and what feels good to you that creates the song. You can’t really pick and choose so much.

Maybe we’d be more commercially successful if we stopped the clock and did something that sounded like “Animal” now because a lot of stuff has that left-leaning pop sensibility now. You know, I guess you just do what you do. With music stuff, you can’t 100 percent control it. That’s what we did on this record. Maybe this would be a nice thing for people — when this comes out, maybe people will be happily surprised that we changed our sound and not unhappily surprised.

How do you think fans of “Animal” will feel about iii?
I don’t know — you just don’t know. I try to stay on the supply side and not think too much about the demand side. I think what I’ve always done is written tons of songs and what happens to those songs you can’t really control anyway, so you just let it happen. I think people appreciate the spirit of it. Sure, “Heart Is Full” and the album opener are a total departure. We’ve never made a track before from a starting point of a pre-existing instrumental track from a hip-hop record and making a song out of it. We’ve never operated from that basis before. I think the question should always be “Is it good or isn’t it good?” Not “Does it sound like you?” or what people’s expectations of you are. You’re always going to run up against expectations versus reality in all aspects of life. I think we challenged ourselves and we still ended up making stuff that’s good. I think if people have an open mind, then they’ll probably still be satisfied, but in a different way than they were with “Animal.” When I hear “Genghis Khan,” I still hear main elements of Miike Snow, big time.

I see that in “Genghis Khan” too. So why hip-hop as the basis of this record? What were you listening to?
I’m looking right now at a J Dilla poster. J Dilla has always been one of my main favorite people that made music in the past 10 years. Christian recently brought in this J Dilla sample because they recently made all the stems available from Donuts and The Shining. We found this instrumental that was so inspirational. Once that was a piece of news that these instrumentals were out there, we just explored it like we always kind of do and it turned out to be a successful experiment. I really ended up liking the song “My Trigger,” which is the first on the record.

We tried a lot of things, which weren’t starting from the perspective of a hip-hop records. We were taking Ethio samples from Josh Diamond and Gang Gang Dance’s log, chopping up samples of what we got off an Ethiopian album and then turning that into a song. So, those are totally different ways of making a song. We’re all pop songwriters, so what we try to do is start songs from as weird of a place as we can and write that pop song that’s gonna galvanize people into singing the chorus, and feel really good for people to sing, without making them feel like idiots. Our formula has been take what’s great about pop songwriting and leave what’s not great about some pop songwriting and present that with as complex an array of instrumental aspects we can add on the production side. 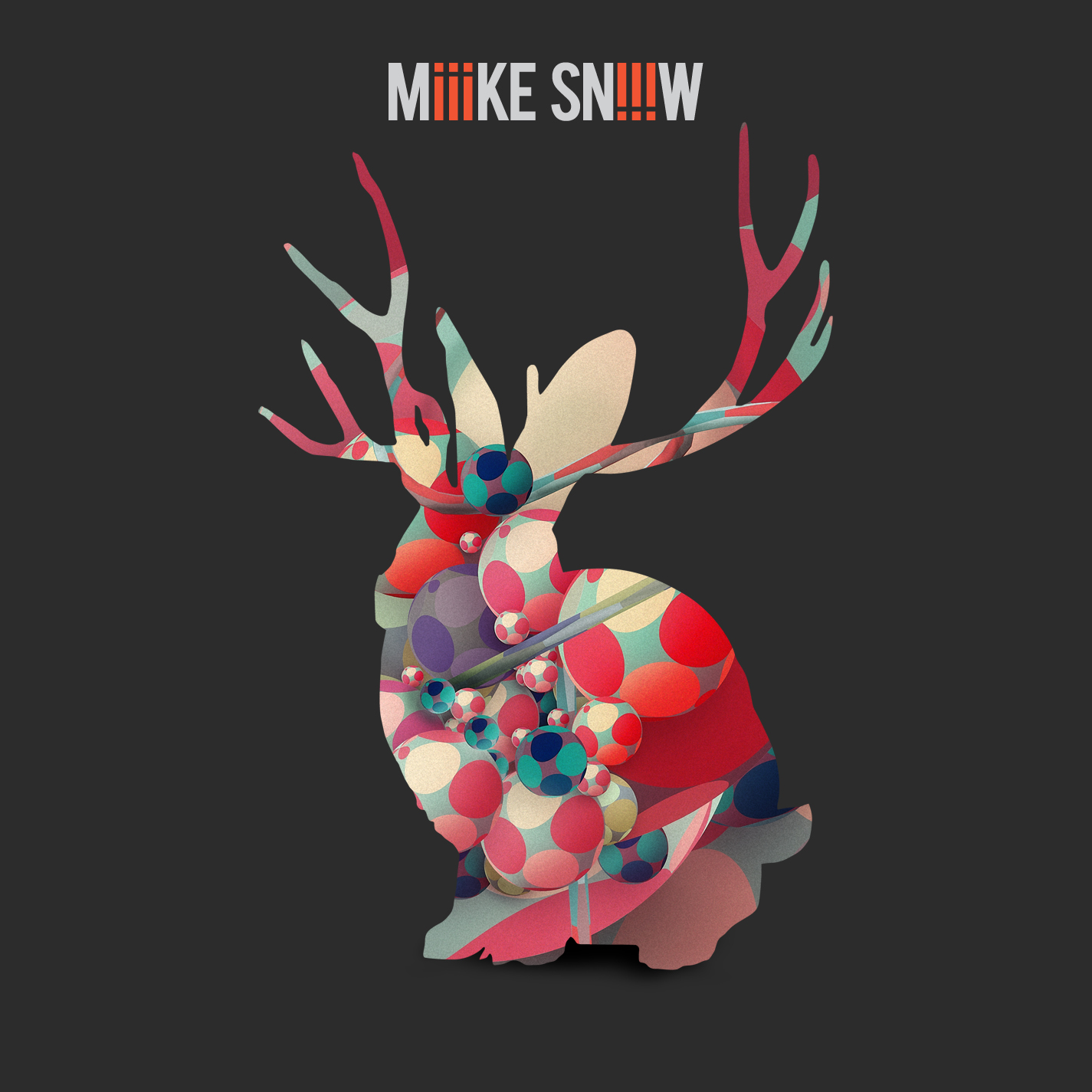 Something a lot of people don’t know is that you guys were writing pop songs for the big dogs before Max Martin was everyone’s go-to guy. Why do you think that fact has been obscured?
It takes getting to a Max Martin level of success before people really want to know the backstory of a producer anyway. We come from an era where Timbaland and Pharrell were having so much success. We’ve all individually had some some huge songs, but we haven’t put together a string like Timbaland or the Neptunes. You hit a tipping point where you have a certain number of songs where people start asking, “Who the hell is behind all this?” While Max Martin was super respected and obviously known for “Oops … I Did It Again,” he kind of faded away for a minute and started slowly coming back. In the last five years, he’s destroyed the game. He’s fucking shredded so hard. People are like, “Max Martin, he’s the most intriguing man in the world,” and in a sense, they’re right.

We had big songs, but it wasn’t on a level of Timbaland and the Neptunes. Also, those guys being Swedish, there’s not a draw where you want to bring attention to yourself. Max has been doing it for 20 years, and he’s just getting this level of attention now. In America, Pharrell and Timbaland had publicists by the time the second Missy Elliott album was out. They had a whole publicity engine behind them, whereas that kind of thing is frowned upon in Sweden.

That’s an interesting point. On that note, what are the songs that you guys helped produce over the years?
Most famously for those guys it’s [Britney Spears’] “Toxic.” I co-wrote Bruno Mars’ “Grenade” and “When I Was Your Man.” They did stuff for Christina Milian, “AM to PM.” They did the song “Piece of Me” for Britney Spears and Confessions on a Dancefloor for Madonna. All that stuff was prior to Miike Snow.

Getting back to iii, is there a message you guys are trying to send on this record?
I think as a whole, there’s the idea that we want to make music that’s joyous and imaginative, but not containing the materialistic or shallow side that can invade pop music. We try to put something that’s thoughtful or humane into pop songs, then we kill it with a hook. That’s the reason why the three of us should be in a band together; that’s the glue that holds us together as musicians. We all love hooks, and we’re all good at that to some extent, so that’s what we do. But we try to make it a more interesting journey for people in the visuals and in the lyrics. We don’t like to have it be super one-dimensional or bad for your health.

“What we try to do is start songs from as weird of a place as we can and write that pop song that’s gonna galvanize people into singing the chorus … without making them feel like idiots.”

Jumping off of your comment on the visuals, can you tell me about how the album artwork flows with your music?
We sort of do it on a case-by-case basis. We try to work with really smart people, and you want to make a video that adds a different layer to the song. With the artwork, as well, you want to add another layer to the song; you want to make it a richer, more enveloping experience for people. Then that translates to the live show. Then you can incorporate elements from the music and visuals into the live show and then you’re having a real-time sensual experience in the theater. You really have the audience in the palm of your hand — they’re engaged on symbolic, sensual, auditory and visual levels. Hopefully, they’re on a level where they’re touching each other inappropriately in the audience, getting sued later and then trying to sue us. Just kidding.

It’s been a long time since your debut came out. How do you think the band has changed since then? Will your incognito masks that you once wore at shows reappear?
I don’t think we’ll be wearing masks. I’m not saying we won’t, but if we do, it’ll be more thought out. Our whole first album was not thought out. We never thought we were gonna get a record deal. We just thought we were gonna put it out on Myspace. With those first four or five Miike Snow songs, we just thought other producers would think it was cool. We’re friends with other people in the music business, so we thought it would be a cool calling card for us. We didn’t think it would be a big thing. So, when we did the mask thing, it was because someone bought them in Portobello Market one day. We wore them because it was Halloween, but then we just kept wearing them.

It was a very Daft Punk move.
It was not thought out. It was not conceptual. I think Daft Punk thought much more conceptually about it. I don’t think we’ve ever been the people who have wanted to step out and be Justin Bieber. Nothing against him, for the record — I love him. I think, for us, because we started out as guys behind the curtain in the studio, we wanted to keep that Wizard of Oz feeling to our musical experience, where it’s more about the imaginative adventure we can put together in a fictitious universe, rather than about us personally being superstars. I think some of that has to do with our age, but some of that is that we’re three people making this fourth entity, which is Miike Snow.