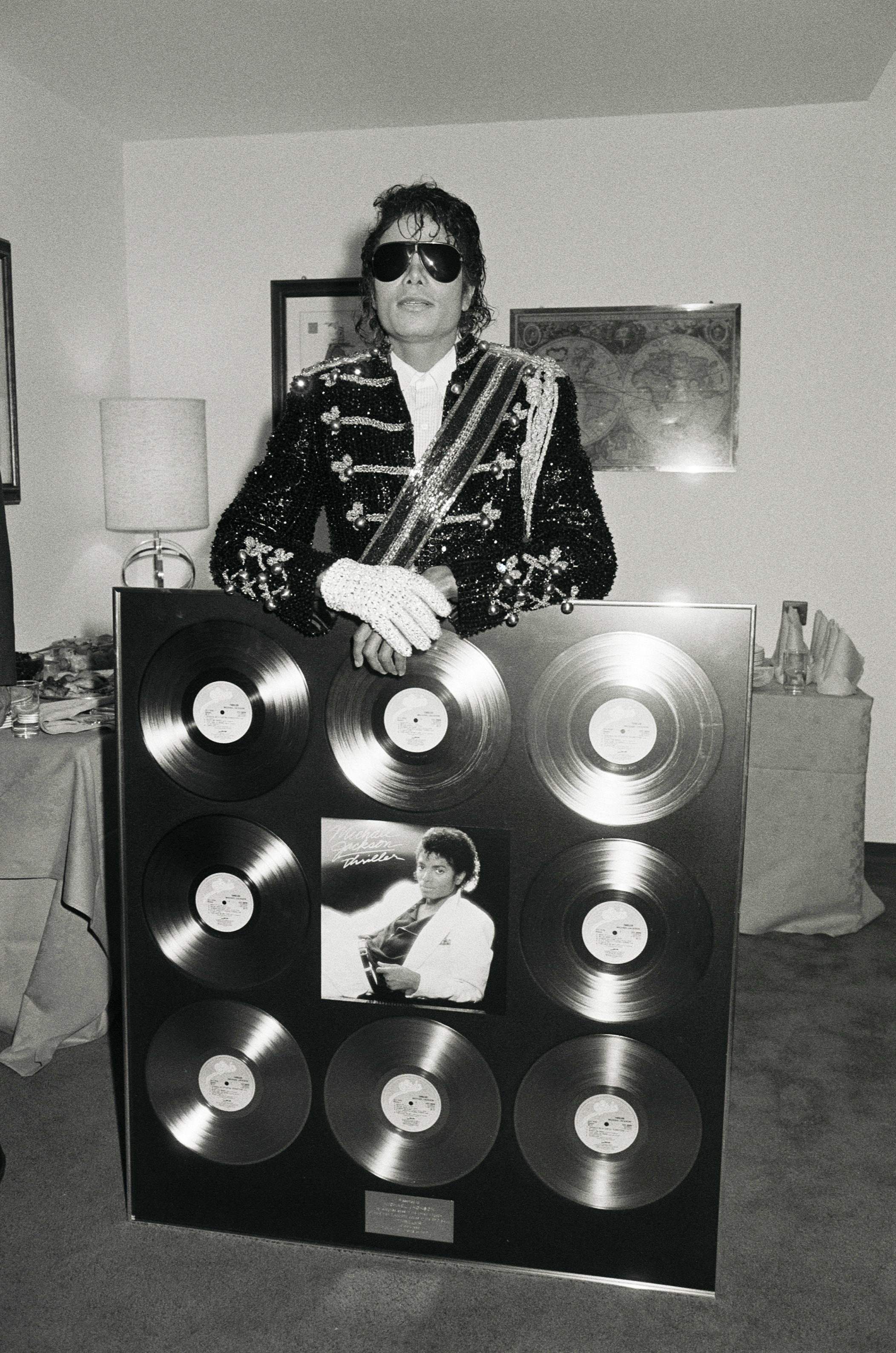 Michael Jackson‘s landmark 1982 LP Thriller has officially become the first LP to be recognized for selling 30 million copies. The Recording Industry Association of America, in association with the singer’s estate and record labels, confirmed the news Wednesday. The record has sold more than 100 million copies worldwide, they reported, and claimed that Jackson had sold 1 billion albums total.

“RIAA has awarded gold and platinum records on behalf of the music business for nearly 60 years, but this is the first time an artist has crossed the 30 times multi-platinum plateau,” Cary Sherman, RIAA chairman and CEO, said in a statement. “What an exceptional achievement and testament to Thriller‘s enduring spot in our hearts and musical history.”

The achievement is the latest in a long string of sales milestones the album has set. Thriller came out on November 30th, 1982, according to the RIAA, and it was certified platinum on January 31st of the following year on the strength of singles like “The Girl Is Mine” and “Billie Jean.” On October 30th, 1984, it was certified 20 times platinum. The record continued to set milestones, the most recent of which was crossing the 29 times platinum threshold on August 21st, 2009, less than two months after Jackson’s death.

“It is crystal clear that Michael Jackson is simply the greatest, and biggest artist of all time,” L.A. Reid, chairman and CEO of Epic Records, said. “Not only are his charts, hits and sales stats staggering, but his pure musicality was otherworldly. Thriller was groundbreaking and electrifying … it was perfection.” 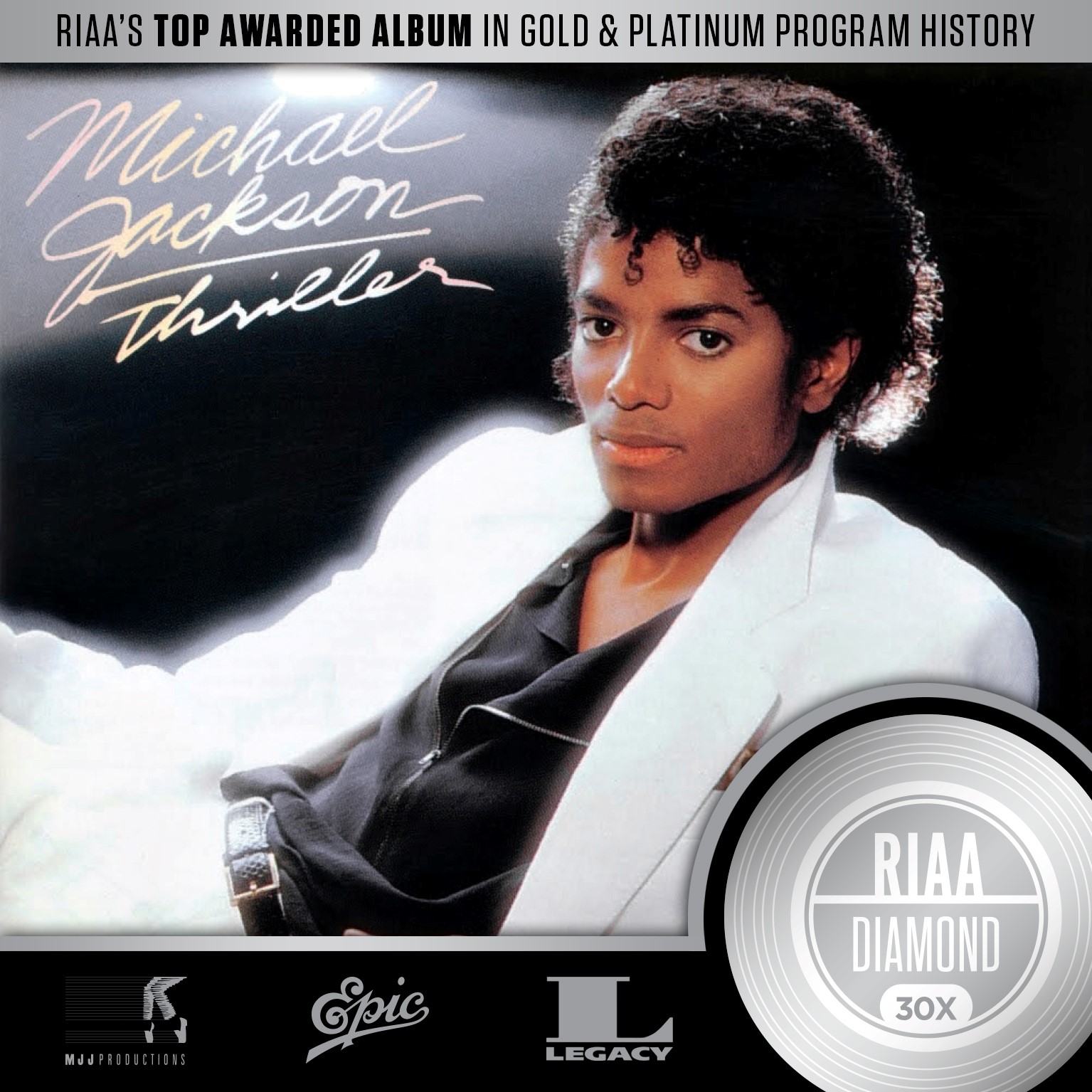 “100 million albums and counting; there has never been a phenomenon like Thriller,” John Branca and John McClain, co-executors of the Estate of Michael Jackson, said in a joint statement. “Michael opened the floodgates of his creativity, explored emotional depths and pushed the boundaries of sonic innovation. In the process, he breached destructive barriers in the music industry and literally united the world through his music: there isn’t a place on this planet that hasn’t been exhilarated by the music of Michael Jackson. Thirty years after its release, Thriller continues to be a revelation.”

Guinness World Records has long recognized Thriller as the World’s Top-Selling Album of All Time and Michael Jackson as the Most Successful Entertainer of All Time. Jackson’s most recent posthumous release, Xscape, was certified gold by the RIAA in September 2014.

In 1983, Jackson told Rolling Stone that his creative process, surrounding Thriller, was a mystery to him. “I wake up from dreams and go, ‘Wow, put this down on paper,'” he said. “The whole thing is strange. You hear the words, everything is right there in front of your face. And you say to yourself, ‘I’m sorry, I just didn’t write this. It’s there already.’ That’s why I hate to take credit for the songs I’ve written. I feel that somewhere, someplace, it’s been done and I’m just a courier bringing it into the world. I really believe that. I love what I do. I’m happy at what I do. It’s escapism.”