Last night on the terrace of New York City’s Bowery Hotel, artists and music industry crackerjacks gathered for Put Your Sad Down, a fundraiser to help support School of Seven Bells guitarist Benjamin Curtis in his his fight against T-cell lymphoma. The benefit was organized by the Strokes‘ manager and Wiz Kid Management CEO Ryan Gentles, who joined forces with Sweet Relief Musicians Fund and New York creative agency GŌST.

Fabrizio Moretti and Devendra Banhart manned the DJ booth as hundreds of guests who paid between $40 and $100 to attend, filtered into the regal space. Joe Jonas mingled with party-goers as bids poured in for items donated by artists and brands for the silent auction portion of the fundraiser, which included treasures like the crushed red velvet smoking jacket Julian Casablancas wore on the cover of his solo album, Phrazes for the Young, limited-edition Radiohead vinyl signed by the band, bags from Philip Lim and Tory Burch and one of Coldplay‘s guitars (signed by the whole band, of course). 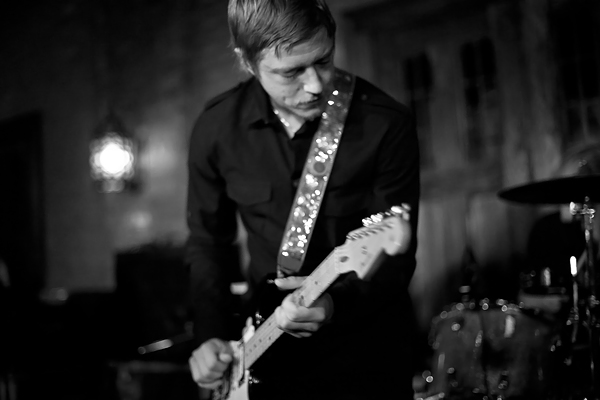 After comedian Hannibal Buress fell short in an attempt to warm up the audience for the musical acts, Strokes guitarist Albert Hammond Jr. provided the highlight of the night with a short but sweet set fronting his solo band. Fresh off announcing a new solo EP, AHJ, to be released October 8th on Casablancas’ new Cult Records, Hammond took the stage and eased into “Holiday,” from his first solo effort, Yours to Keep.

Hammond stuck to rhythm guitar as Hammarsing Kharmar and Steve Shiltz harmonized on “In Transit” and “Everyone Gets a Star,” songs he wrote for the Strokes and later reworked for Yours to Keep. Drummer Matt Romano kept the beat on “GFC” from ¿Cómo Te Llama?, followed up by the grand and sweeping “In My Room.” A cover of Guided By Voices‘ “Postal Blowfish” reinvigorated the crowd’s energy before the band brought it all home with “Hard to Live in the City.” 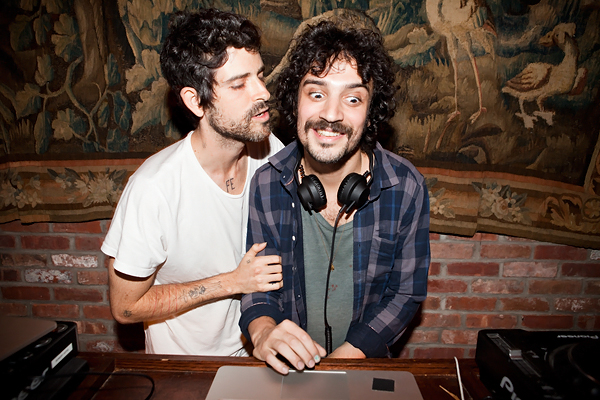 During a brief intermission, Alexa Chung spun tunes including R. Kelly’s “Bump n’ Grind” and Haddaway’s “What Is Love?” while Paul Banks of Interpol prepared for a solo set that included “I’ll Sue You” and “Games for Days,” along with other songs from both his solo albums. “I’ve known Benjamin for 15 years,” Banks told Rolling Stone after his set. “I work with his brother Brandon on Interpol and my solo stuff. Ryan Gentles had been envisioning the benefit and I volunteered to play. I think we all did a really great job tonight.”