Max B Returns With 'Hold On,' His First New Song in 8 Years - Rolling Stone
×

The rapper Max B — who has been in prison since 2009 but remains one of the most beloved figures in contemporary New York hip-hop — celebrated his 41st birthday by releasing “Hold On,” an exhilarating dancefloor missile featuring French Montana, on Tuesday. The single marks Max B’s first newly recorded solo offering since 2011’s Vigilante Season, and it’s a taste of more music to come later this year.

“Hold On” is relentlessly buoyant, with a pinging synthesizer melody reminiscent of classic Nineties house music, and a brittle funkiness that suggests early 2000s Pharrell productions. The gleaming beat comes courtesy of Paul Couture, and the melody interpolates Sade’s “Nothing Can Come Between Us.” Max B gives the classic track one of his trademark makeovers, singing with the unique, off-kilter tuning that boosted much of his late-2000s catalog.

Max B has always had a knack for reimagining other artists’ songs, whether it’s Britney Spears’ “Gimme More” or Young Jeezy’s “Trap Star.” And when working with French Montana in the past, Max B has remade several other R&B oldies: In “I Warn You,” the New York MCs took on Marvin Gaye’s “I Want You,” and “Been Around” offered a new approach to David Bowie’s “Let’s Dance.” By revisiting “Nothing Can Come Between Us,” which was a Top Five R&B hit for Sade the year Max B turned 10, he extends this lineage.

It’s rare to get new music from Max B this decade. (“When’s the last time you heard one of these?” he asks at the beginning of “Hold On.”) He emerged as a key figure in New York hip-hop in the second half of the 2000s, contributing to radio hits like Jim Jones’ “We Fly High” and self-releasing a hurricane of alluringly idiosyncratic mixtapes full of boisterous rap and wild melodic choices. He has been acknowledged as a key influence by stars like Wiz Khalifa and, most notably, Kanye West, who paid homage to the New York rapper on The Life of Pablo.

Royalty Helped Make Donald Glover a Superstar. Their Next Plans Are Bigger.

In 2009, Max B was sentenced to 75 years in prison, accused of being an accomplice to a robbery in New Jersey that ended in murder. (The rapper was not in the state at the time.) The conviction was later vacated in 2016, after a new legal team argued that Max’s original trial lawyer had a conflict of interest in the case, according to Associated Press. His sentence was subsequently reduced to 20 years.

“Hold On” is one of multiple new songs that Max B is preparing to release later this year. Despite his time away from rap, much of the new music sounds remarkably up to date. Couture, the beat-maker behind “Hold On,” has been working closely with Max B on his latest tracks, and their chemistry is clear: “Double it down, Paul,” Max B says in the opening seconds of “Hold On.” “Do your magic.” 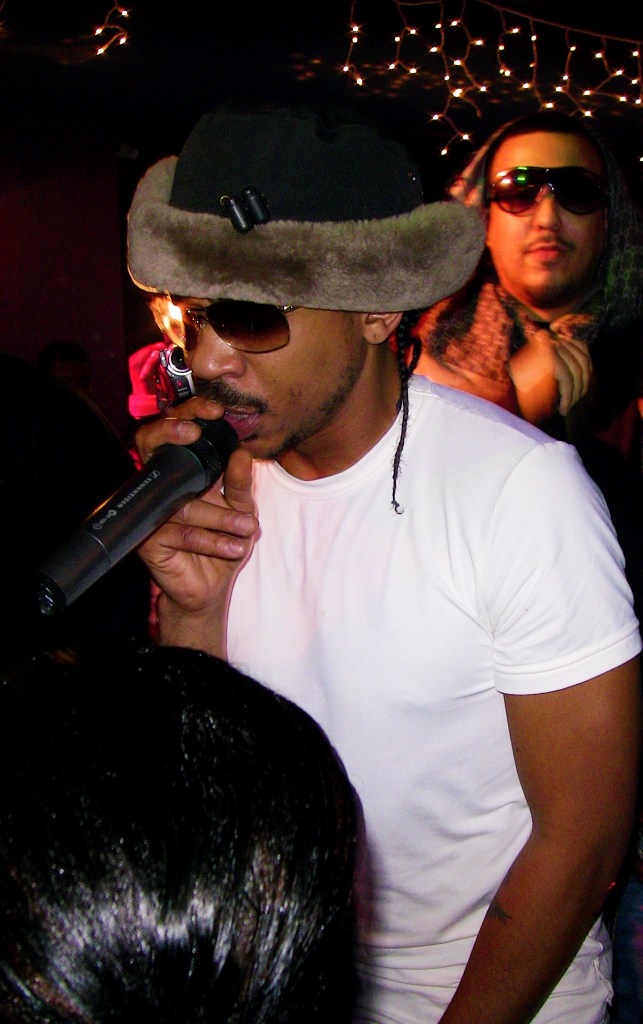 Max B with French Montana.

Courtesy of Phase One Network