Earlier this year, the Rentals released Lost in Alphaville, their first new full-length since 1999’s Seven More Minutes. “I was thinking about telling everyone it was like that movie Boyhood,” says frontman Matt Sharp. “Every year, we went back and recorded two minutes of material, then we just took a year off. I kind of like that idea. That would be cool, right?”

In fact, Sharp recorded Lost in Alphaville much more straightforwardly than that, bringing in collaborators including Black Keys drummer Patrick Carney and Lucius singers Jess Wolfe and Holly Laessig to help him craft his latest alt-rock opus. “I’m feeling as good about it as any record I’ve ever been a part of,” he says. This is the most proud I’ve ever been of anything I’ve worked on. It’s really exciting.”

11 Things You Learn Hanging Out With Weezer

Sharp called to talk about what’s changed in his approach to recording over the past 15 years, how Carney saved the new album, and his thoughts on the 20th anniversary of Weezer (the band he left in 1998 to pursue the Rentals).

Let’s get something out of the way before we go further. You called this album Lost in Alphaville, which runs the risk of people wondering if you’re referencing Alphaville, the classic French new wave film by Jean-Luc Godard, or Alphaville, the German synth-pop band from the Eighties. Would you like to clear up the confusion?
It would be so cool if it were about that synth-pop band. I know that name, but I don’t even remember. They must have had some hits.

It is. How do you feel about being associated with that?
I don’t know! It doesn’t really have anything to do with that film, either. Although I do really love the posters from that film. Godard was like, “OK, whatever, let’s work, comedy, musical, who cares? Let’s just go, go, go, go.” Bob Dylan is like that. Prince is like that. The motor’s not going to stop, and you’re going to have to dig through and find the treasures. I could definitely see that film visually linking up with the music with this album, but it’s just coincidental.

It’s been a long time since the last Rentals album. Would you say making this one was easier or harder than in the past?
The big difference in the way I approached this record is that usually with Weezer or with the Rentals, you just record a bunch of songs that you’re working on at the time, and then you figure out, “OK, this would be a good opening song, and this would be a cool way to end the album.” But with this album, before we even started, I knew what the title was, and I had the order of the tracks. They were on a big whiteboard in the control room: “It’s Time to Come Home” is going to start the album, and “Traces of Our Tears” is gonna go second, and on down the line like that. So I was always looking at that, going, “Well, what does this song need now, in terms of the record?” Not necessarily just in terms of the song. That made it a very different experience from the other albums.

How did you end up working with Patrick Carney?
There was one point when my thought about the record was that it was going to have more of a sci-fi, Blade Runner, old drum machine, cold, programmed feeling from the drums. I went quite far down that path, and for the life of me, I couldn’t put my finger on what to do differently. When I hit that wall, I called Patrick. We’d never met each other, but we had talked about working together for a long time. Before I knew it, I was standing in his house in Nashville and he was playing different beats. He knocked a lot of the preciousness out of it, and brought a lot more of an aggressive tone. It made me kind of go backwards, and realize that everything could get a little nastier and a little more barbaric.

As soon as I got back to L.A. and figured out how to fit that stuff into the album, I called him back up and said, “I have good news and bad news. The good news is that everything you did sounds awesome. The bad news is that everything else sounds like shit. So now we have to make the whole album like that.” He was great about it. As soon as they [the Black Keys] were done doing some crazy mega-stadium tour or whatever, he was like, “I have two days right here,” and I flew up on their first break and we finished those parts rather quickly.

This year is the 20th anniversary of Weezer’s first album. How do you feel when you look back on your time in that band?
You know, I’m very proud of those albums, for sure. Right around the actual date of the anniversary, I did a couple shows with Manchester Orchestra, and we did “Tired of Sex” and “Say it Ain’t So.” I’m not even sure if those guys were born when that album came out! But we did it the way those songs, in my opinion, are intended to be played – just insanely loud stage volume, where the amps are maxed out and screaming. Which is, it seems to me, kind of a rare thing these days. We played “Tired of Sex,” and the audience was very polite and into it, but as soon as we started “Say It Ain’t So,” you could just see… I really got a sense of how distinct they are, as far as the universal-ness of the Blue Album and Pinkerton. I think they didn’t have a clue before that point. I think they were just like, “Cool, rocking song, whatever.” 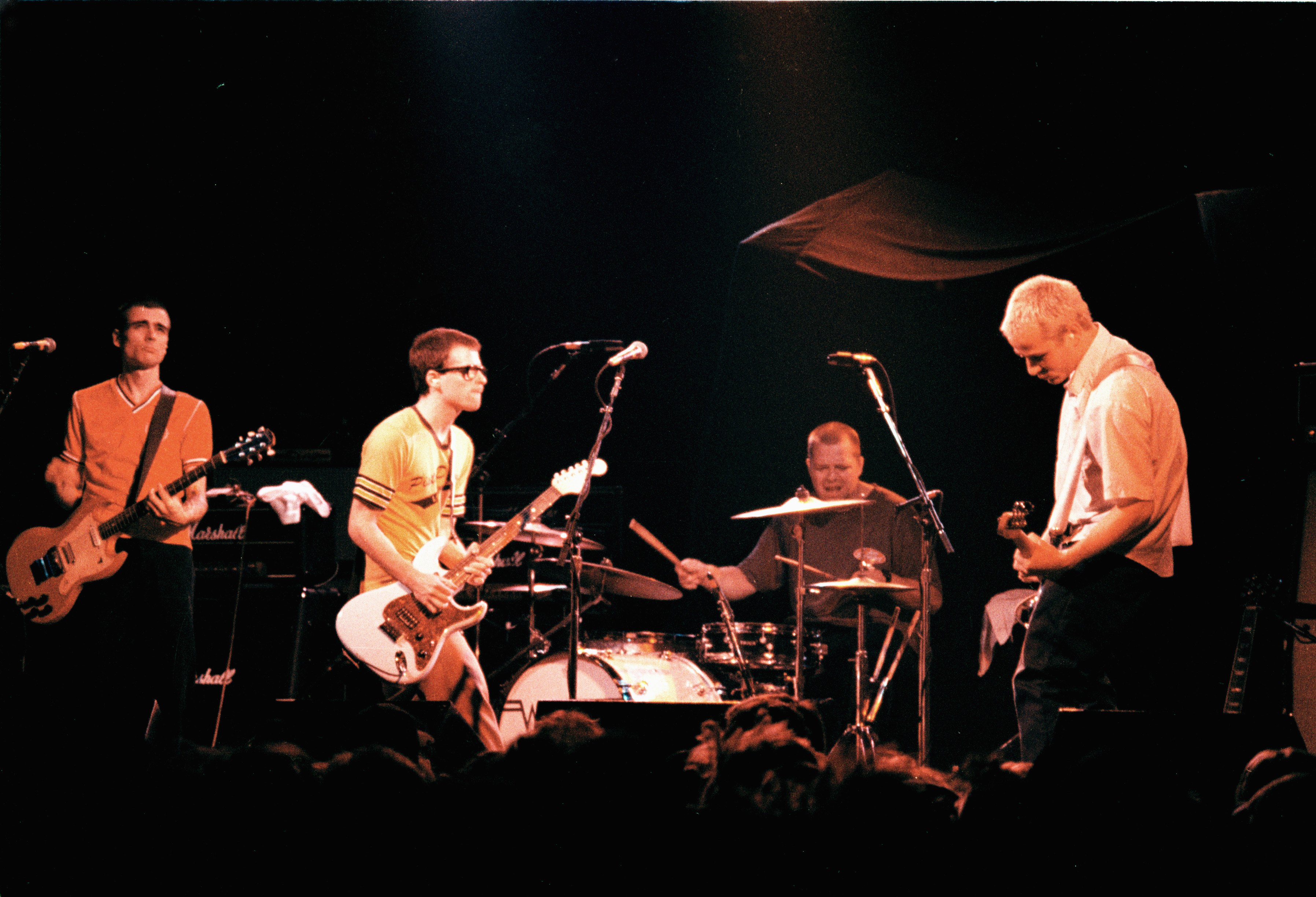 There are some fans who want nothing more than for you to rejoin Weezer, as crazy an idea as that might be. What do you think of that?
[Pause] I don’t know. My pause will be probably endless here. I don’t have any desire to recapture something that I already lived through, you know? I mean, I’m very happy that people feel good about the music we made together, and I’m always grateful for all that. But I don’t look at what we did as the end-all, be-all of anything for me. It’s a stepping stone towards greater things. In my own path that I’ve taken, I’ve certainly chosen some things that are definitely going to be less commercially viable, just because I’m searching for a way to move forward. I certainly think that there’s much greener pastures ahead, and I wouldn’t be working in music if I didn’t feel that way.

Have you listened to any of the albums they’ve made since you left in 1998?
You know, I haven’t listened to them too often. When they released the first record after Pinkerton [2001’s Green Album], I didn’t hear it forever. I just didn’t listen to radio at the time – I was way, way down Leonard Cohen Avenue, listening to Kris Kristofferson, Nick Drake, all these troubadours with their acoustic guitars walking down Lonely Street. And I don’t have a television, so I didn’t see if MTV was playing their stuff at that time. But I remember being in a Panera Bread and having a bread bowl – I don’t know why, bread bowls are a very Nineties thought to me – and hearing that “dip-dip,” whatever the fuck that song was.

“Island in the Sun”?
Yeah. I remember being like, “That’s got to be them.” There’s a particular melody in there, that just seems very signature to Rivers’ style. I was like, “That’s good, that’s a really nice melody,” while eating my bread bowl. But I haven’t heard too much of it.

People come up to me and try to be really negative towards them – they’ll say something really nice and complimentary about the work that we did together, and then just say something really disparaging on the other side of it, to try and be on my good side or whatever. But you know what? With the state of everything, I honestly wish success for everybody. Even if it’s not good. Honest to God. The music industry is in such shambles. It’s so Road Warrior out there. So desolate, post nuclear warheads going off everywhere, so decimated. I’m happy for anybody doing anything. That’s how I shake out on them. Whether I like it or not, I’m like, “You go, girl.”