I don’t know about you, but I haven’t even started my holiday shopping yet!

So as we sit here, a scant two weeks before the world shuts down for Christmas, I’m making a list, checking it twice, and am completely oblivious to whatever new releases the collective record industry has decided I’m probably inclined to buy!

For starters? I’d like the albums to be audible! Additionally, throwing a pretty girl on the album cover is probably a pretty slick move! And if I can buy anything say a pricey box set or something that will gladden the heart of my intended giftee, remind them of their joyful past, and perhaps distract them from the unpleasant reality that their life, and those of those artists they once so vigorously loved, is gradually coming to a close like, how cool is that?

Plus it should be really cheap and easy to return if they think the music sucks! Maybe they can use the money for a 401K or something!

I understand Taylor Swift is quite popular! 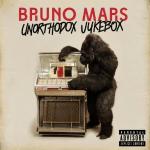 Stunning not only because he is not a bear and as we all known, “Bruno” is about as popular as bear names get and not from Mars, but in fact from Earth, young Mr. Mars has no qualms about making puns with his album titles, wearing funny hats, sounding like those old Police albums you still hear every once in a while, and allowing himself to be represented as a gorilla on his album covers when the occasion rises! He’s got a great pop sense, is certainly as masterful as you’d expect from one of today’s biggest stars, and is fully capable of mimicking any successful pop artist that’s arisen in the last four decades! Still, word is that Eric Mercury is gunning for him and he’s mad as heck! A great album? Sure, why not? I’m into hats! 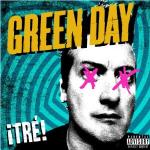 I wouldn’t be honest if I didn’t admit that I don’t have much to say about Green Day – a band whose popularity continues to elude me since 1) they would appear to rip off other artists much older than them right and left and 2) are almost joyously anachronistic, in the same manner that, say, the Stray Cats were never easy to take seriously since it wasn’t their own music they were glorifying. That said, while I’ve predictably made fun of their previous two albums dismissing ¡Uno! as a tribute to a moronic card game, and ¡Dos! to an ancient computer operating system I’d like to take a moment to give ¡Tré! the treatment it deserves! To quote Wikipedia: “Tremaine ‘Trey’ Aldon Neverson (born November 28, 1984), better known by his stage name Trey Songz, is an American singer-songwriter, record producer and actor.” So you have to figure, while it’s OK for Green Day to deliver an entire new album based on some other dude’s music (what the heck, putting out three albums in one year is hard work!), they’d at least spell his name right! And it would be impolite to suggest that the only thing worse than releasing one stiff album is releasing three of them in sequence! But as bands go, I do think they look well-groomed! 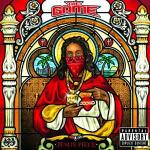 When it comes to controversial rappers, The Game may well take the proverbial cake! Systematically devoting himself to the highly regarded board game Parcheesi rumored to have its origin in India in the first century! the charismatic street poet has made an entire career documenting the internal struggles faced by the little-known but fiercely competitive world of Parker Bros. vs. Milton Bradley – where life is cheap and one’s destiny relies on the roll of a die or the cards one is dealt! As its title implies, the latest by the The Game imagines a world where Parcheesi players worldwide are stunned by the introduction of a new piece that can literally do anything walk on walls, end the game before it’s begun, make opposing players feel their life is empty and has no meaning, etc. but, as always, delivers his message in a profoundly streetwise sense, all of which sounds better than ever with fab new headphones! Say do you need any? 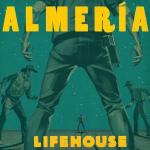 As most of us know, Almería is a city in Andalusia, Spain, on the Mediterranean Sea! I was just talking about it yesterday! So imagine my surprise to learn it’s also the name of the brand new album by Lifehouse! I sort of like them! They’re nice guys, their music is kind of life affirming, and let’s be honest: If they were forced to battle Deathhouse in a mean-spirited cage-match, wouldn’t you want Lifehouse to win? Plus, as all of us get older and older, and our respective interest in the music we heard in our past dwindles, isn’t it I don’t know warmly reassuring that bands like Lifehouse still exist, gamely cranking out entirely agreeable melodic, mildly hook-filled tunes that aren’t entirely bad, just not not the sort of thing currently on our radar? I would just be really bummed out if a giant meteor unexpectedly fell out of the sky and crushed them and indeed, all of Los Angeles out of existence! You too? 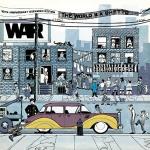 Some music sounds better over time, and some sounds dreary and uninspired. In the case of L.A.’s War, who most people first heard accompanying Brit singer Eric Burdon when he left the Animals and gave us the marvelous single “Spill The Wine” back in 1970, they couldn’t sound better or more timely. With 40 years past, the reissue of their The World Is A Ghetto album sounds fabulous: Rich, melodic, percussion-filled, R&B based, the music, like the band, represents a cultural, musical polyglot that really was the shape of things to come. With the title track and opener “The Cisco Kid,” both remastered and sounding stronger than ever, War circa 2012 sound raw, ripe, and eminently worthy of critical reevaluation. Give it a listen, and pay no heed to naysayers like Boy George! 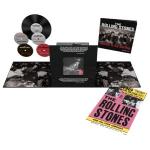 In 2012, it’s now possible to purchase definitive documents of the works that inspired an entire generation of baby boomers: the Beatles, the Stones, the Who their complete catalogs repressed and lovingly produced on vinyl for those who have no qualms about dropping $250 to relive their past in pristine fashion. Yet the opportunities to relive that same past via a new means whether unseen and unheard tracks, albums or films are few and far between. Though Charlie Is My Darling, a film by director Peter Whitehead spotlighting the band’s brief 1965 tour of Ireland, has long made the bootleg rounds, this new version is absolutely stunning. The goods: an extended print, deluxe packaging including Blu-Ray and DVD versions of the film, CDs and a vinyl pressing of little-heard 1965 live Stones recordings, and a book and accompanying poster. A lot, for a little. The band was at its early peak, the sense of intimacy with each band member via various interviews is unprecedented, and the peculiar sense of being dropped down right there in 1965 as it was happening is like little you’ve ever seen before. Or will likely see again. More than a standard historical performance film, Charlie Is My Darling is an unexpected re-glimpsing of a world that has long past but is, even now, entirely enchanting. Highly recommended. 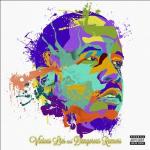 Like most of us, I’ve always been totally enthralled by the world of restaurant magnate Big Boy, his girlfriend Dolly, and his wonderful dog Nugget! Additionally, driving throughout the USA and seeing various franchises bearing the names of Elias Brothers, Shoney’s, Frisch’s, Elby’s and Bob’s, among countless others, I’ve often wondered if Big Boy himself has wandered those very restaurants to offer his seal of approval! Wouldn’t you? Yet current fast-food gossip, offered up by militant health nuts who’d like nothing more than to shut down all restaurants that aren’t purely vegan, now maintains that the way of life Boy Boy has proudly represented to most of us is, oddly, unhealthy, and and in many ways only the beginning of an unavoidable death spiral we’ll never be able to escape! Those dopes! I like hamburgers and if this cover pic is anything to go by, Big Boy has lost lots of weight! Maybe Dolly’s constant harping about the salad bar hit home! Too bad about his new hairstyle, though! 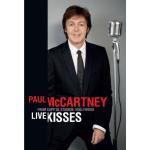 Though it’s been out for a few weeks, I recently watched this recent live McCartney set filmed at Capitol studios with a wonderful band, including Diana Krall, John Pizzarelli, and Joe Walsh, among many others and was fairly captivated: It’s a superbly captured document of the ex-Beatle running through pre-Beatle classics, the music he heard in his childhood, and it’s about as intimate as this stuff can get. McCartney retains the charisma he’s had all his life, he’s in superb form, vocally no small thing for a dude getting older by the minute and the respect and admiration he has for the songs themselves is as inspiring as his songs are enjoyable. In a world of constantly flowing album reissues, works like these are genuine additions to the catalog and not quite the “souvenirs” prior long-form concert videos have tended to be. An unexpected delight, and a fine addendum to his Kisses On The Bottom agenda. 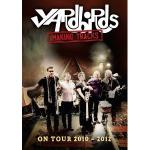 Maybe three or four years ago I spent a week or so near New Bedford, Mass. and devoted one night to seeing an unexpected concert featuring, er, “The Yardbirds” and “The Animals.” And while both bands featured only remnants of the personnel that drove them in their prime the Animals featured Eric Burdon, the Yardbirds only drummer Jim McCarty and bassist Chris Dreja I was unexpectedly impressed by both. This Yardbirds set, shot more recently, features McCarty and Dreja accompanied by a seriously hot band that credibly performs the hits the original band made famous back in the ’60s, and even without departed singer Keith Relf and the celebrated guitar trio of Eric Clapton/Jeff Beck/Jimmy Page, did not do their memory a disservice. A second disc, featuring various extras as well as a performance by McCarty’s own band post-Yardbirds, the man acquitted himself quite respectably in Renaissance, Shoot and Illusion is surprisingly enjoyable as well. Though you may be too hip to frequent the sort of bands that these days play county fairs, as this set reveals, you might sometimes be surprised by what you see. 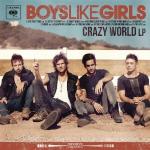 Imagining a crazy world where males and females actually get along rather than compulsively kill and eat each other and admittedly, that’s a stretch! an attractive quartet has dubbed themselves Boys Like Girls and can be seen on this album cover, posing and, however subtly, grinning at the irony of their name! Life was once so simple!