“You guys having fun or what?” Andrew W.K. asked the sold-out crowd at New York’s Santos Party House club last night, a knowing smirk on his face. W.K. was fronting Marky Ramone’s Blitzkrieg band, and they kicked off a world tour with a breakneck, 90-minute gig of back-to-back Ramones classics – the snappy, formulaic punk jams that shaped and defined the genre. The booze swilled. The fists pumped. The moshing and onstage thrashing was ceaseless.

Marky is the only living member of the longest-running Ramones lineup, but he wasn’t a founding member of the band. He replaced Tommy Ramone in 1978 as the quartet steered into poppier territory, recording their Phil Spector-produced classic End of the Century. He left for a brief stint in the Eighties but ultimately logged 15 years in the Ramones’ ranks until their split in the late Nineties. Many members of the band passed away in the 2000s: singer Joey Ramone died from lymphoma in 2001, bassist Dee Dee from a heroin overdose a year later and guitarist Johnny from cancer in 2004. Marky first played on other influential punk LPs, including Richard Hell and the Voidoids’ 1977 debut Blank Generation, and got his start in the pioneering American metal band Dust.

Marky’s past made the heaviness of Friday night’s performance all the more appropriate; his quartet steamrolled through 25-plus Ramones hits and more obscure fan favorites, embodying the “Blitzkrieg” in their name. They didn’t pause once in the first 50 minutes: “Judy Is a Punk,” “I Wanna Be Your Boyfriend,” “Sheena Is a Punk Rocker,” “I Wanna Be Sedated” and “Rock & Roll High School” all received rapturous sing-alongs. There was a nonstop froth of crowd-surfers jumping onstage in leather jackets and hoodies, dancing or hugging W.K., then falling into the pit. During “The KKK Took My Baby Away,” no less than seven fans were onstage shouting in unison. 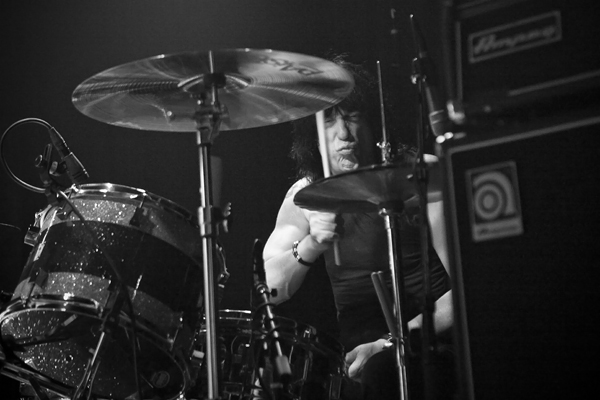 Unlike the awkward Joey Ramone, W.K. is a cheerfully aggressive, hyper-confident frontman, and he was in his element Friday night. (He also owns the venue.) Giving fist-pumps and animated facial expressions, clad in his uniform of stained white jeans and t-shirt, he brought his own flavor to the Ramones’ catalogue. He has a knack for igniting crowd involvement, imbuing a sense of concert camaraderie that’s infectious and admirable.

Andrew W.K. Feels the Love at ‘My Little Pony’ Convention

When the band finally stopped to catch their breath, literally, W.K. shouted, “Where else to start a world tour than in punk’s hometown of New York?” The venue erupted, then chanted , “Marky! Marky! Marky! Marky!” It was well-deserved; at 56, the drummer was dead-on all night, even on astonishingly fast songs like “Gimme Gimme Shock Treatment.” (As W.K. joked, “We couldn’t find a drummer, so we found a guy on the corner and his name is Marky Ramone.”)

Fittingly, Marky Ramone’s Blitzkrieg closed with “Blitzkrieg Bop” and the venue exploded in cheers. W.K. stood on the edge of the stage, shoved the mic into his crotch, rolled his eyes and flailed his arms like a drunken squid while Ramone pounded out a drum solo. “Twenty more songs!” a fan screamed when the band left the stage.

Ramone was clearly pleased by the crowd’s enthusiasm. “It was obvious,” he told Rolling Stone afterwards. “I’m definitely looking forward to the tour after that.” 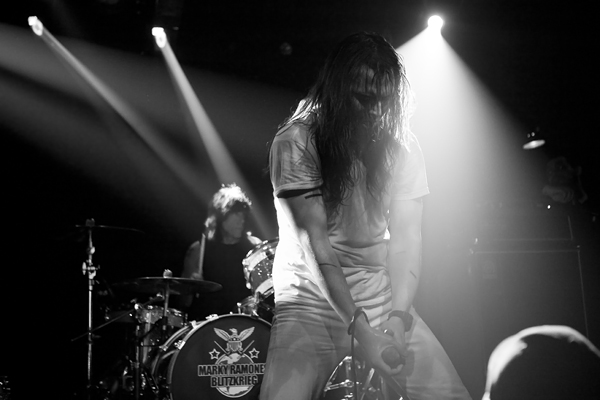