Mad Decent Block Party has released a 2015 lineup that includes some of the most popular artists in rap and EDM.

The label revealed the festival itinerary earlier this month, and now the roster is available. As usual, the festival leans toward dance music, but there are also a handful of rappers scheduled to perform, including “Tuesday” rapper ILoveMakonnen, Kanye collaborator Vic Mensa and Odd Future head Tyler, the Creator. T-Pain, the Auto-Tune pioneer who recently shared some unique dating advice with Rolling Stone‘s cameras, holds it down for R&B fans.

Meanwhile, the dance music is also suitably diverse. Mad Decent founder Diplo will appear as a solo artist, Major Lazer member (with Jillionaire and Walshy Fire) and one-half of Jack Ü, his duo with Skrillex. Gorgon City and Oliver Heldens will play their millennial take on deep house, and Nadus and Swizzymack will spin club music from New Jersey and Philadelphia. Skrillex will also play solo.

Because the Block Party makes 22 stops, the roster will change from city to city. Other stops include Denver’s Red Rocks Amphitheater, Detroit’s Festival Grounds at the Palace of Auburn Hills and Philadelphia’s Festival Pier at Penn’s Landing. The tour begins on July 31’s at Atlanta’s Masquerade Music Park and closes on September 26 at a to-be-determined Chicago venue. 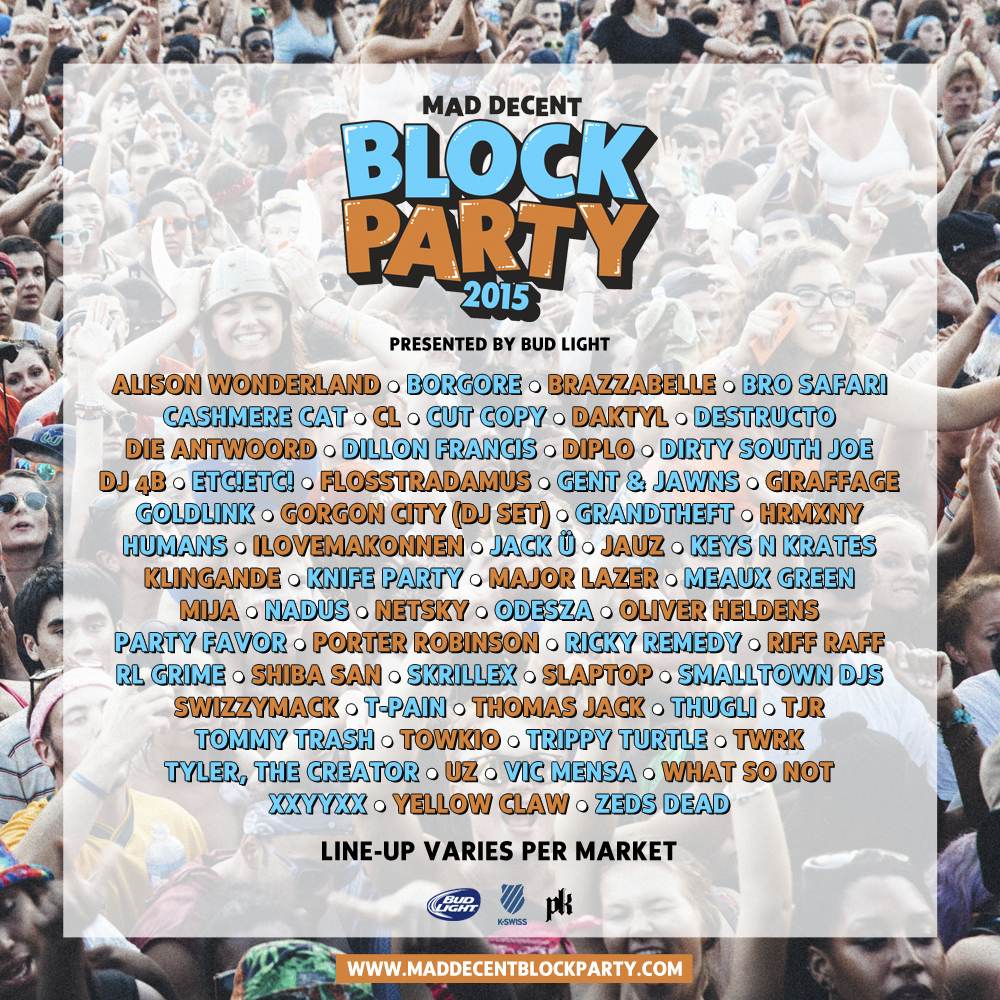