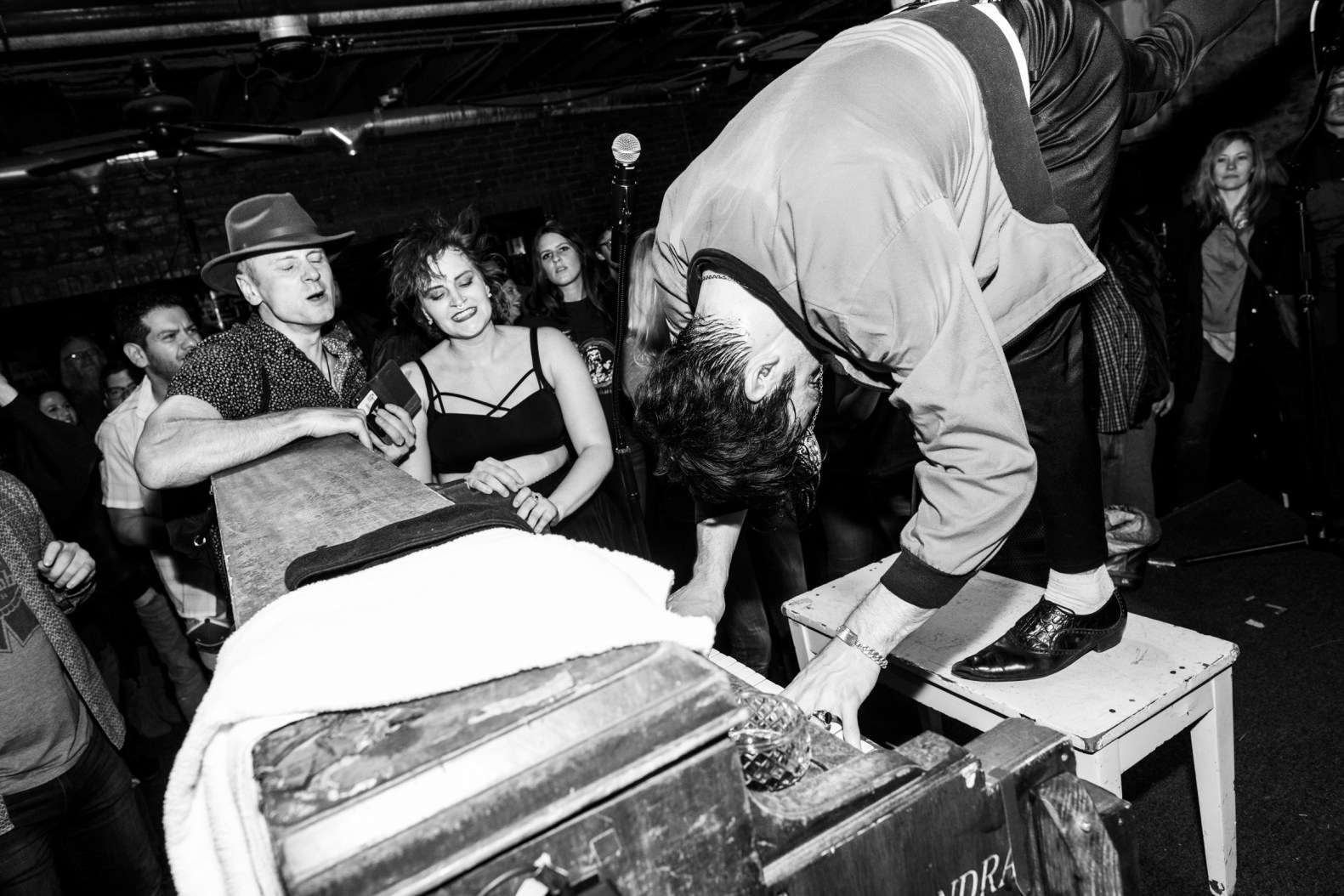 When Low Cut Connie frontman Adam Weiner was invited to meet his hero Bruce Springsteen backstage at the singer’s Broadway show, he was practically in shock. “I grew up in New Jersey in the Eighties, so you do the math,” says Weiner. Turns out Springsteen is a fan of the raucous Philly rock band: “He really wants to see a show,” Weiner says. He’s not alone. Since releasing their fifth album, Dirty Pictures (Part 2), Low Cut Connie have been winning the best reviews of their career and playing to bigger crowds. Another new fan is Elton John, who interviewed Low Cut Connie on his Beats 1 radio show. “He said that I remind him of Little Richard and the piano players that he idolized when he was young,” recalls Weiner. “I said, ‘I idolize those guys too — but you’re my other guy.’ That’s my constellation.”

“I live for the shows, I live to be on stage, and we really put a lot into every performance,” says Weiner. “People really go wild and they come for the crazy party of our shows, but a lot of people are feeling very emotional and very free by the end of the show whether they expect it or not.”