One of Louis Armstrong’s trumpets, custom-made for the jazz legend in 1948 and given to a family friend five years later, will hit the auction block as part of Christie’s the Exceptional Sale.

The Selmer Model 19 balanced action medium bore trumpet, inscribed with “Louis ‘Satchmo’ Armstrong 7/10/53” on the gold-plated brass, is estimated to reach high bids between $60,000 and $80,000 when it goes on sale October 14th. 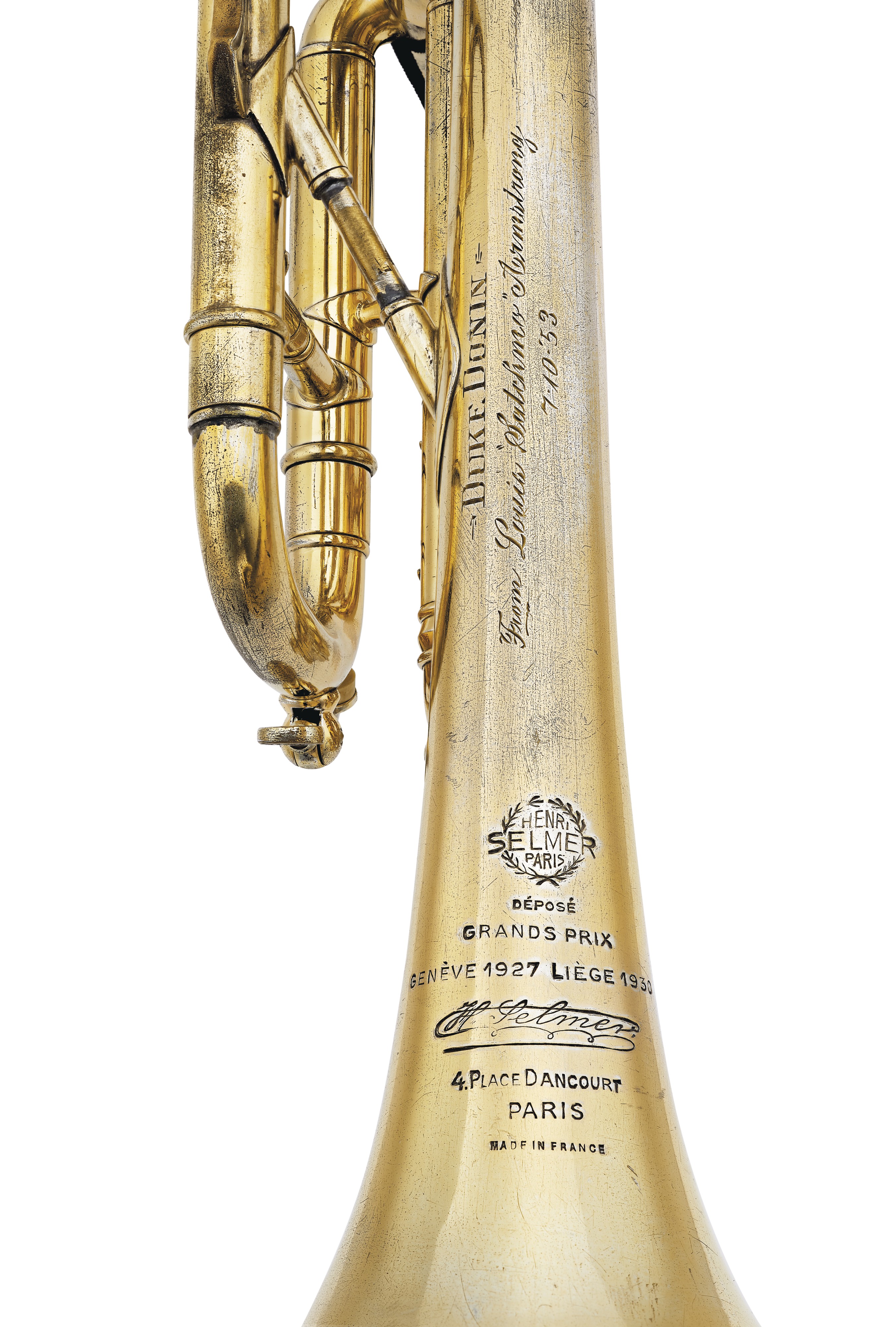 According to Christie’s, “In 1953 Louis presented the trumpet to his friends, Abe and Frances Donin’s oldest son, Duke. His habit was to use a horn for about five years and then give it away. The family friendship remained strong for decades, attested to by signed photos and programs in the family collection and many recorded conversations on Armstrong’s reel-to-reel tapes.”

To mark the instrument’s return to Armstrong’s birth state of New York — the jazz legend gave the trumpet to the Los Angeles-based Donin family — a pair of jazz musicians, James Zollar and Lessie Vonner, played the trumpet on the steps of the Louis Armstrong House Museum in Corona, New York, site of Armstrong’s one-time home.

“Something I will never, ever get tired of is holding a Louis Armstrong trumpet, inviting trumpet players over, seeing people well up with tears when they’re around these instruments that really changed the world,” the Louis Armstrong House Museum’s Director of Research Ricky Riccardi says in the video. “And to know that one of those trumpets is coming back here, coming back home, it’s quite a thrill.”

In addition to the trumpet, the lot is also accompanied by a cotton handkerchief signed in green ink: “To Joella/Louis Armstrong/Satchmo.” 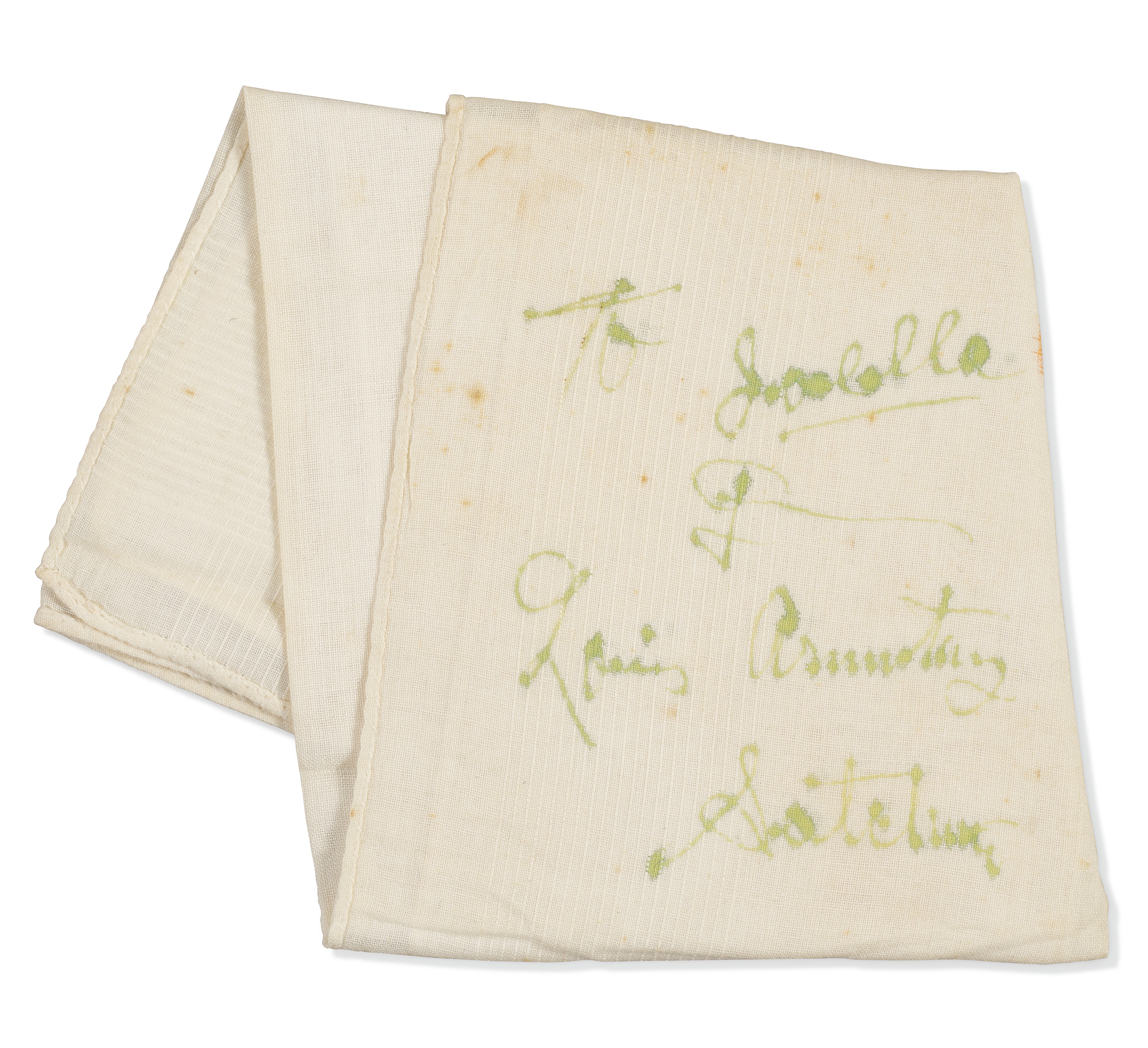