Lou Reed was a rock & roll grandmaster whose catalog includes some of the most potent recordings ever made. First with the Velvet Underground, and then as a solo artist, he made music ranging from the wildly experimental to the perfectly straightforward. But Reed was a storyteller above all, waxing poetic about the full, frightening spectrum of human emotions years before others would dare. With their trans heroines, drug narratives, love stories, elegies, guitar jams and drone-scapes, he made LPs that could be flawed. But they always showed a mind two moves ahead. During nearly 50 years of recording, Reed transformed rock & roll – and himself – repeatedly, usually before others understood what he was up to. On the heels of a major reissue project, three years after his death, here’s a CliffsNotes to the man’s work, which he often described as a novel in recorded chapters. Read and rock on.

The Velvet Underground (1969)
The Velvets’ third album was another landmark, focusing on Reed’s quieter, more romantic songcraft, which was just as powerful as his most blatant provocations. “Candy Says,” inspired by Factory trans heroine Candy Darling, may be his most tender song ever; “Pale Blue Eyes” and “Jesus” are in the running too. But “What Goes On,” with its brain-melting guitar break, and the born-again “Beginning to See the Light” are among his most ecstatic rockers. Sensitive punks would make this album their bible. 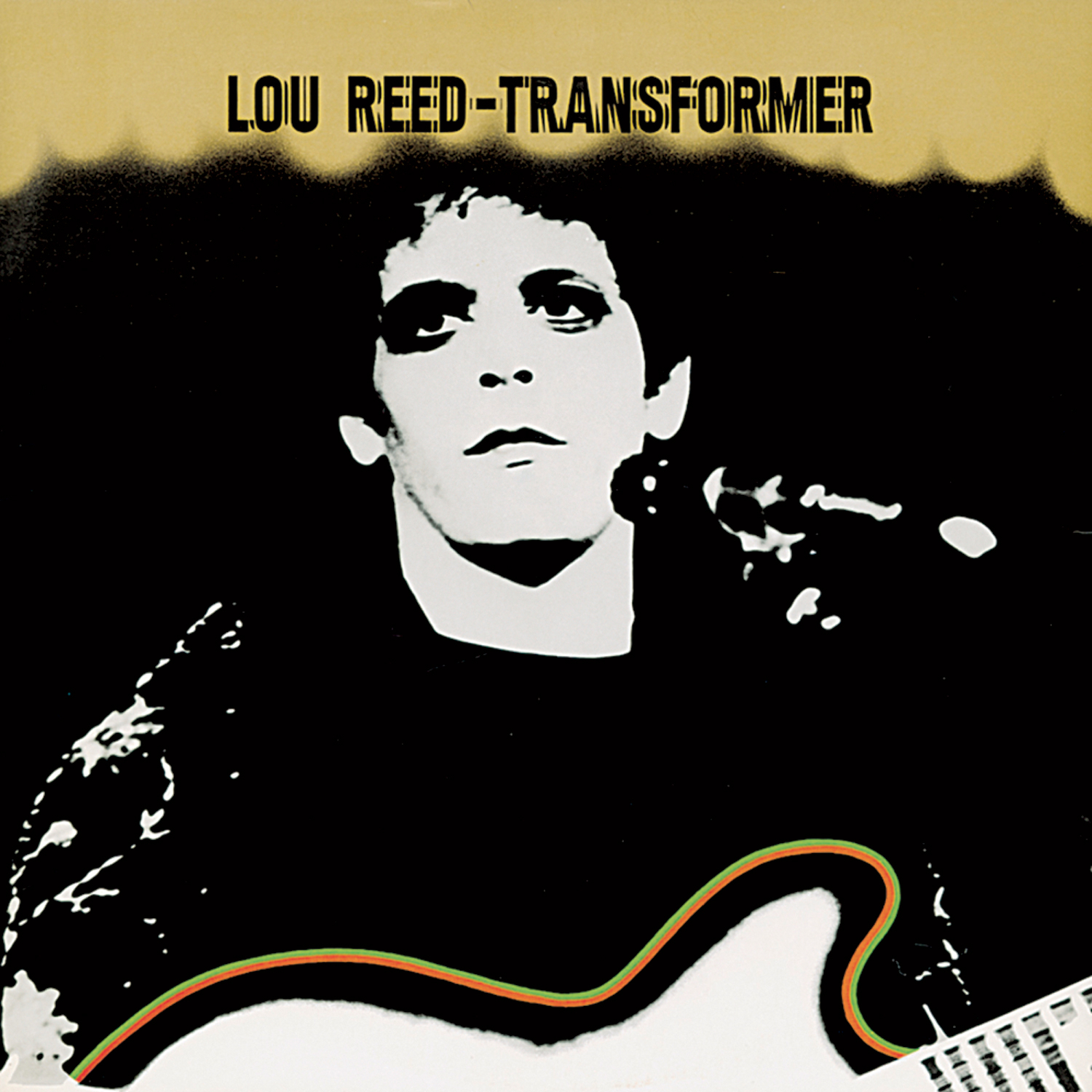 Transformer (1972)
Reed came out fully as a solo star on this left-hook pop masterpiece, with help from Velvets-superfan producer David Bowie, fresh off his own game-changing Ziggy Stardust album; Bowie was returning the favor of glam rock to its American architect. Some songs (“Andy’s Chest”) were VU reclamations. But Reed’s new ones were the head-turners: the Sinatra-worthy ballad “Perfect Day,” and the astonishingly unlikely smash hit “Walk on the Wild Side,” a smoke-clouded jazz-cabaret vamp that celebrated backroom blow jobs and transgender realization in a tribute to Reed’s extended Factory family. Bowie would become Reed’s lifelong friend, and “Wild Side” a classic beyond genre.

White Light/White Heat (1968)
The sound of amphetamine rocket fuel and amplifiers cranked to 11 – VU’s second LP invented New York noise rock. There are tender moments, like the stuttering foreplay of “Here She Comes Now” (later covered by Nirvana). But the gist was full-on aggression, peaking with “Sister Ray,” 17-plus minutes of jam fury that became the Velvets’ deranged live signature.

Loaded (1970)
Reed disbanded the Velvets before this release, but the swan-song fourth LP featured some of his most refined songwriting, especially the classics “Sweet Jane” and “Rock & Roll.” “New Age” is a slept-on highlight of Reed’s ballad catalog. And “Oh! Sweet Nuthin'” blueprints the spirit of Seventies rock from the wreckage of the Sixties.

Berlin (1973)
Reed’s version of prog-rock, a dark narrative about drug damage, domestic violence and family dysfunction decked out in orchestral pomp. It was a commercial flop, famously reviled by critics. Today, its Kanye-scale ambition and layered irony, along with the raw, deeply empathic storytelling of songs like “Caroline Says II” and “The Bed,” make it an underdog standout. 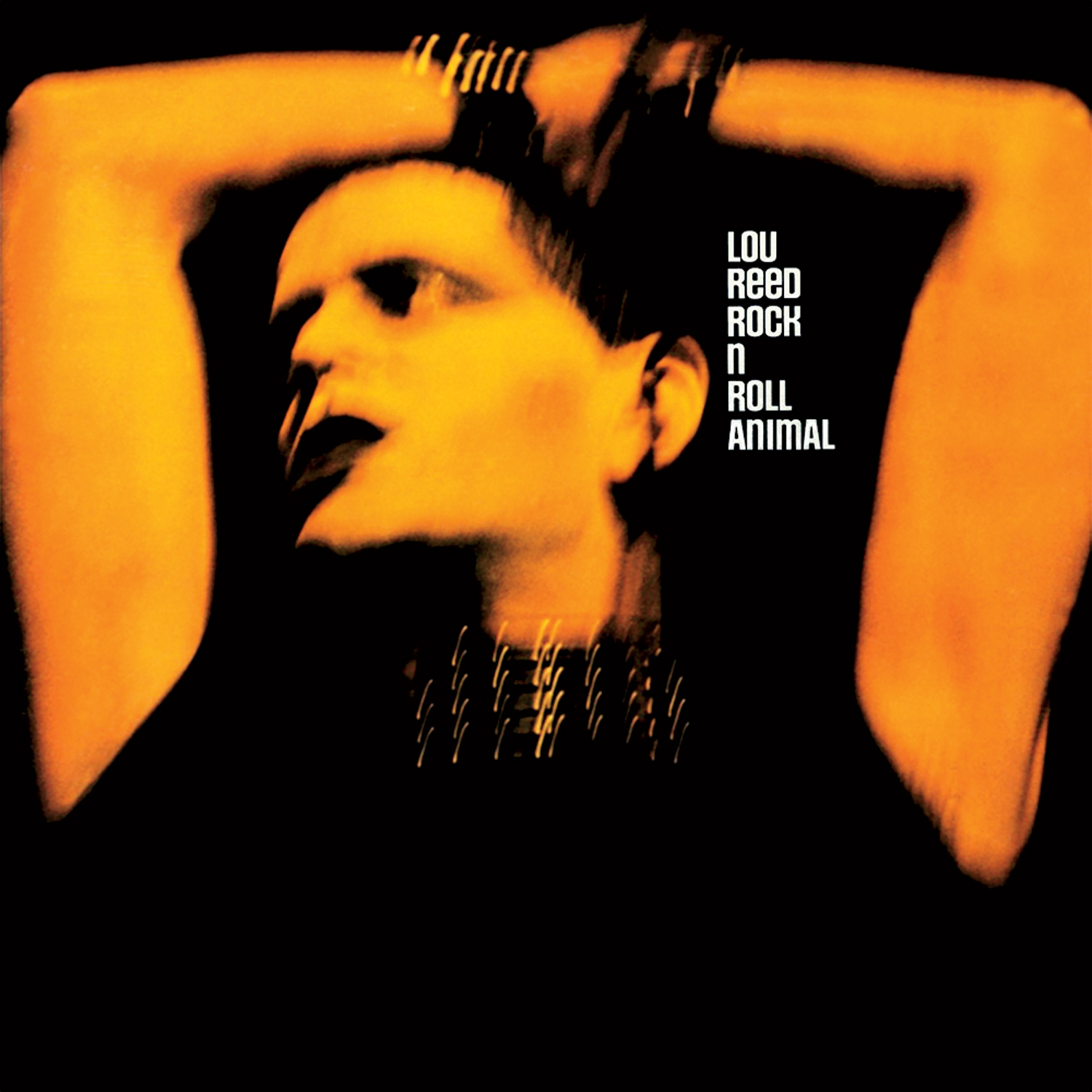 The Blue Mask (1982)
In the Eighties, Reed cleaned up, got married and formed his fiercest post-Velvets band with bassist Fernando Saunders and VU-fanatic/post-punk guitar genius Robert Quine. The resulting album showed him letting down his guard to combine the naked memoir of songs like “My House” and “Underneath the Bottle” with equally riveting waves of guitar violence.

1969: The Velvet Underground Live (1974)
A glimpse of the VU at the height of their onstage power, which reveals them as a rock & roll dance band stretching out on brilliantly shape-shifting jams – like the Grateful Dead with an anxiety disorder. 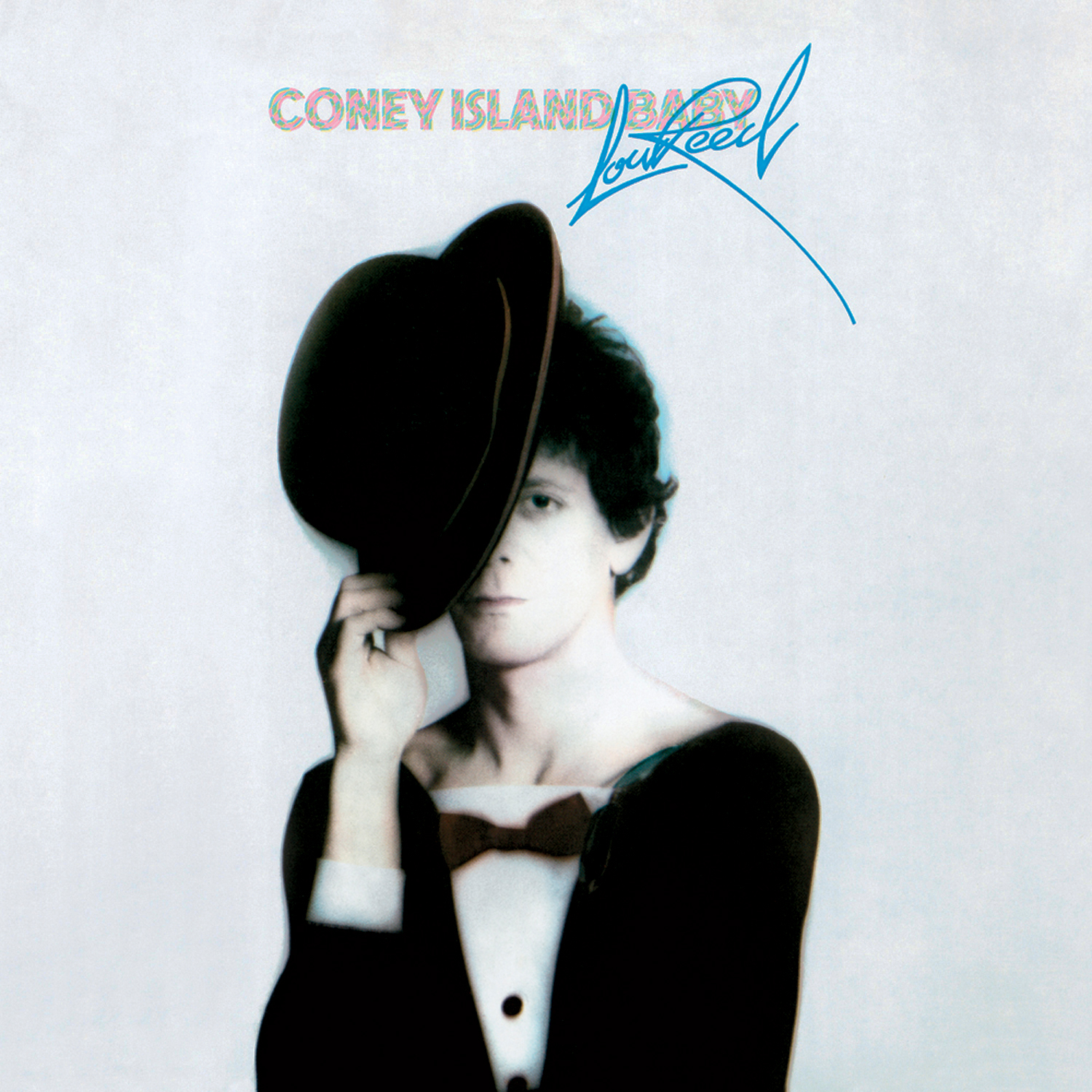 Street Hassle (1978)
A Springsteen cameo isn’t even the weirdest thing about this delirious haute-punk mirror gaze, partly recorded live – featuring the Vegas R&B of “I Wanna Be Black” and the Velvets’ feverish “Real Good Time Together.”

Take No Prisoners (1978)
Reed channeling his hero Lenny Bruce to impressive effect at a series of unhinged live shows; in one legendary riff, he even calls out a rock critic as a “toefucker.”

Lulu (2011)
This collaboration with Metallica was derided by many. But Bowie reportedly called it Reed’s “greatest work.” Time will tell; for the hymn-like “Junior Dad” alone, it deserves a second look.

“Ocean,” Lou Reed (1972 )
One of Reed’s dreamiest later VU songs, reimagined for his solo debut with a gong and piano drama from prog-rock wizard Rick Wakeman of Yes.

“Kill Your Sons,” Sally Can’t Dance (1974)
A semi-autobiographical rant against suburban parents who sign off on electroshock therapy for their kid, with a cock-rock guitar solo speeding toward freedom. 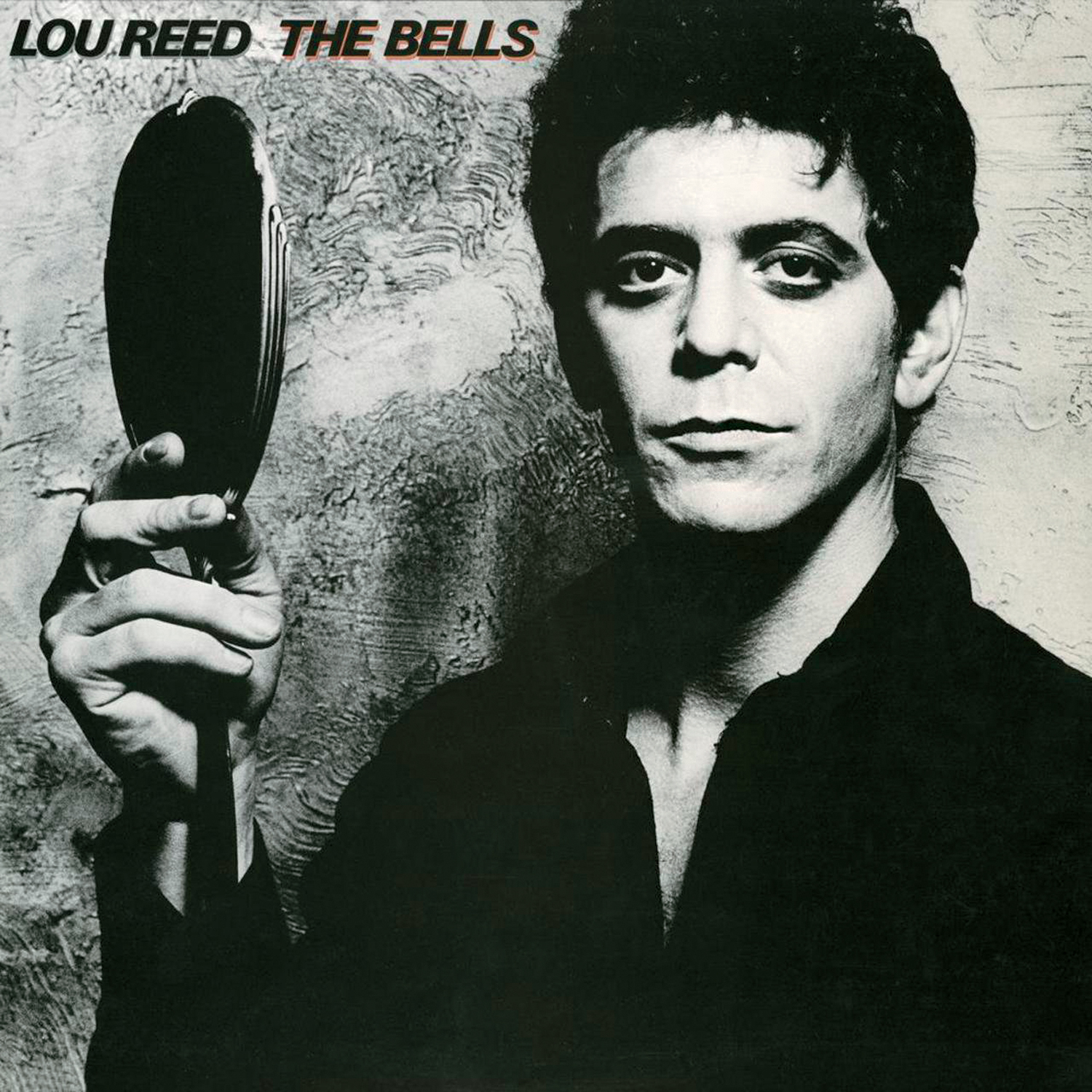 “The Bells,” The Bells (1979)
Reed enlists trumpeter Don Cherry on this nine-minute spiritual-jazz elegy for a man standing on a ledge, which at the time Reed surely was.

“The Power of Positive Drinking,” Growing Up in Public (1980)
A darkly funny praise song to booze that’s also a cocky exercise in self-justification: “Some say liquor kills the cells in your head/And for that matter, so does getting out of bed.”

“I Love You, Suzanne,” New Sensations (1984)
Reed retools his sound for the Eighties, with clipped funk-rock underpinning and a touch of the Shangri-Las. A shoulda-been hit.

“Sword of Damocles – Externally,” Magic and Loss (1992)
An elegiac folk rocker about cancer and radiation therapy from an LP that stares mortality squarely in the eye. Chilling and redemptive.

“Rock Minuet,” Ecstasy (2000)
A genuinely shocking narrative about queer self-loathing and murderous rage that resonates in the wake of this year’s mass shooting in Orlando.

“Perfect Day,” The Raven (2003)
Reed’s Edgar Allan Poe tribute featured a striking take on the Transformer classic, sung by avant- crooner Antony,  one of his many inheritors.