Paul McCartney and Metallica will headline this year’s Lollapalooza Festival, which rolls into Chicago’s Grant Park July 31st through August 2nd. The long-running fest unveiled their lineup Wednesday morning, and it features Sam Smith, Florence and the Machine, Bassnectar, Alt-J, TV on the Radio, Tame Impala, Alabama Shakes, Death From Above 1979 and many more.

The festival will wrap up Sunday, August 2nd with Florence and the Machine and Bassnectar sharing headlining duties, with Of Monsters and Men, A$AP Rocky, TV on the Radio, FKA Twigs, Odesza, George Ezra, Marina and the Diamonds, Twenty One Pilots and more rounding out the bill. Although three-day passes for Lollapalooza are long sold out, one-day passes will go on sale March 25th at 10 a.m. CT at the festival’s official site.

This year will mark the festival’s 10th year as a destination festival in Chicago. Though it launched in 1991 as a farewell tour for Jane’s Addiction, the band’s lead singer Perry Farrell soon morphed Lolla into a successful and diverse showcase for a number of alternative music acts. Though its popularity declined towards the end of the Nineties, it was successfully revived in the early Aughts after making a permanent move to Chicago. This year, an international branch of the festival in Germany will debut, following the leads of Lollapalooza festivals in Chile, Argentina and Brazil. 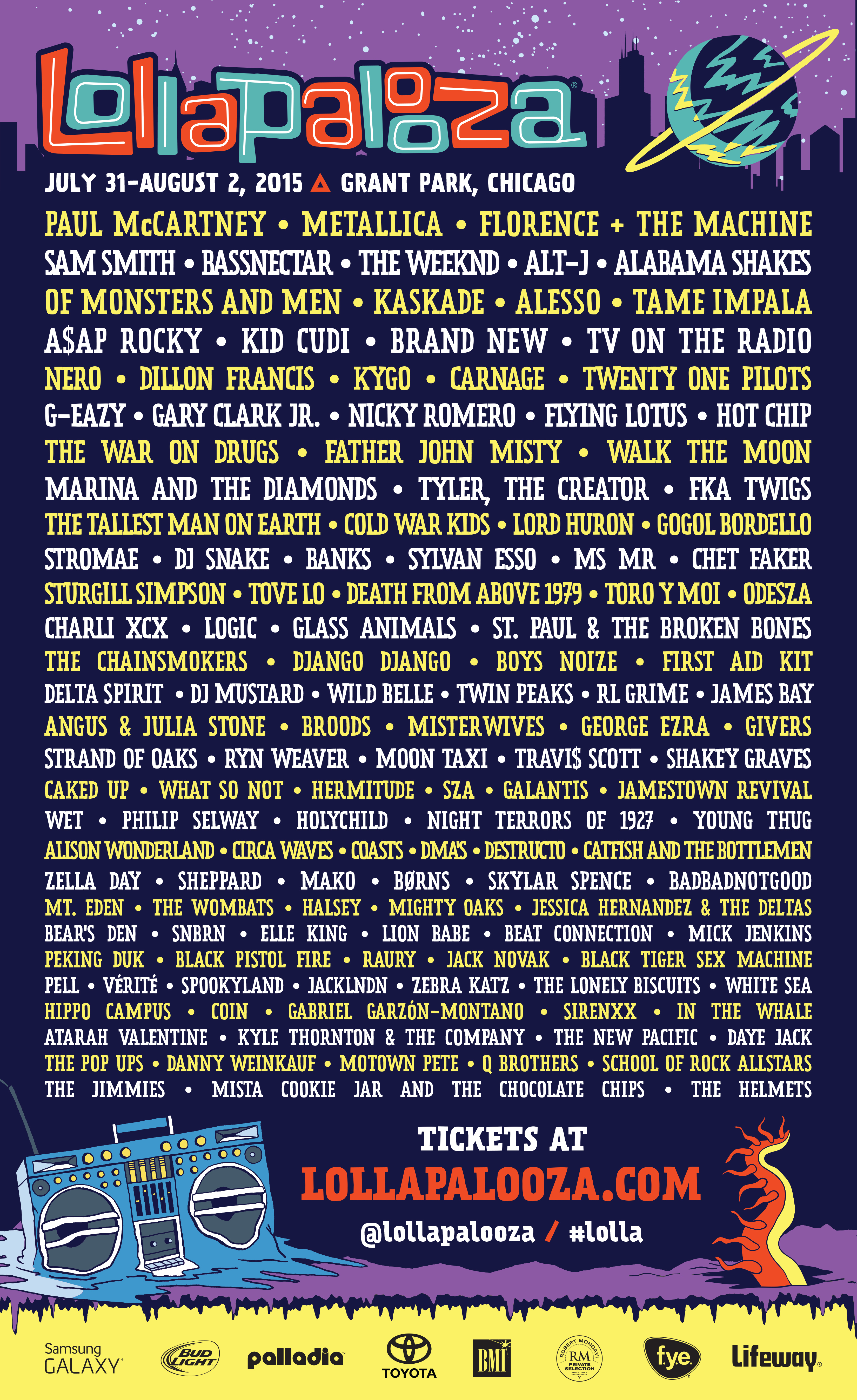