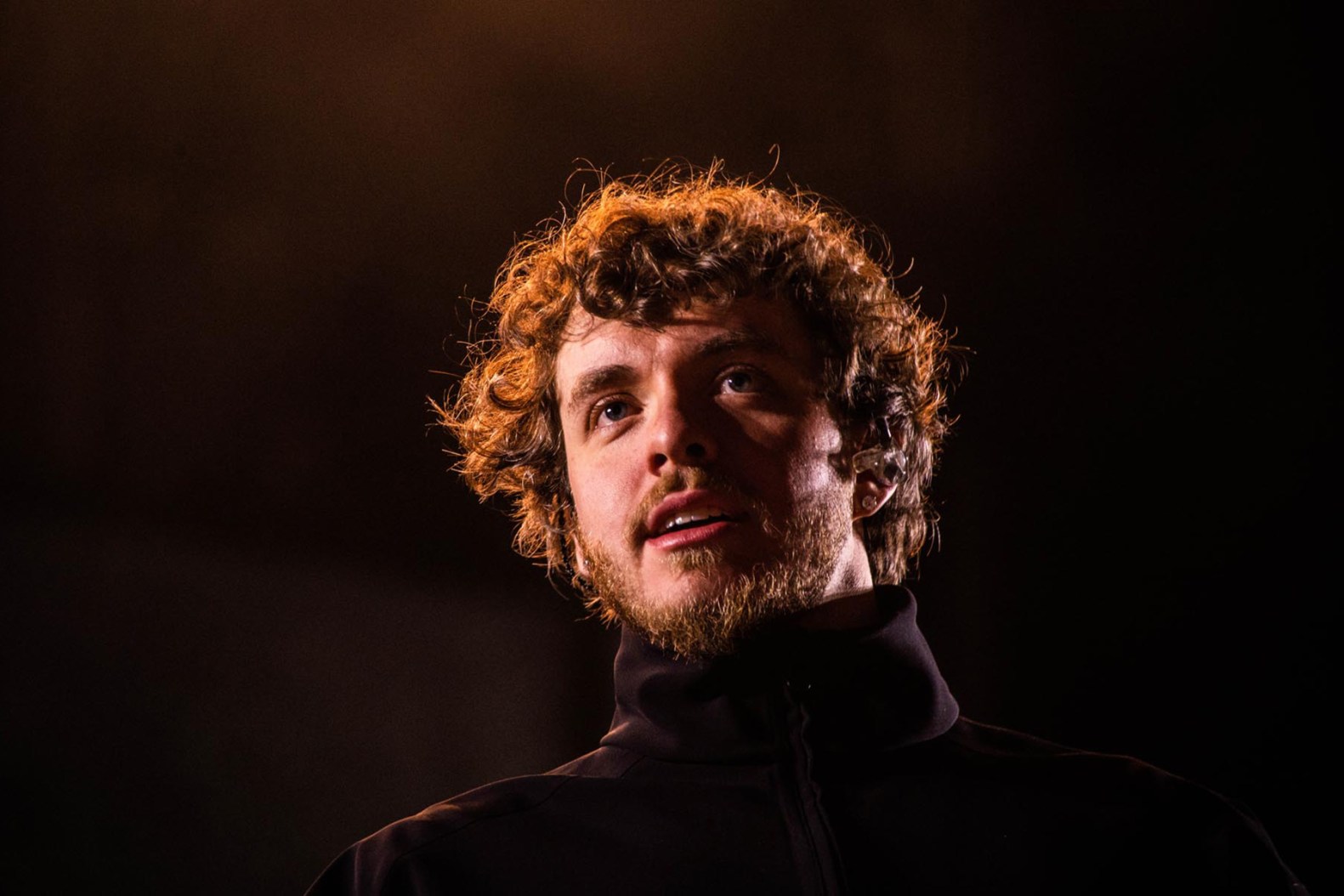 Life Is Beautiful feels like Las Vegas … actual Las Vegas, not the touristy Strip about four miles south. While many festivals take place in unremarkable parking lots, dirt fields, or parks, Life Is Beautiful is baked into downtown Vegas. It may be the only large-scale festival where people actually live in houses and apartments within festival grounds.

Make no mistake about it, this is an urban festival, with all the markings of a hip downtown scene — a line of more than 30-people deep waiting to go to cocktail school at the back of an open-air market, a grown man in a diaper taking in a set, and another in a spacesuit advertising “free hugs.” Some dirt lots get covered in sod, an old hotel turns into a country venue, and a vacant parking garage doubles as a silent disco.

But the festival also reflects the city’s over-the-top theatrics — how else do you explain a fire-shooting, 40-foot-long steel praying mantis greeting fans at the entrance? — and organizers don’t stiff-arm Strip acts either, as Cirque du Soleil has consistently had a presence throughout the festival’s nine-year existence. On Saturday, the company’s Blue Man Group appeared onstage with three different acts. On Sunday, Cirque’s Mad Apple strolled the grounds and gave festivalgoers a chance to throw a mini basketball through a hoop mounted to a man’s head.

Watch: Behind-the-Scenes From Life Is Beautiful

The final day of the festival was marked by pure energy and some curveballs — very Vegas indeed. “Vegas is very wild. I can look around and feel like I’m in 17 other places,” Beach House’s Victoria Legrand noted at one point. “It’s all kinds of fantasy magic, both good and bad.”

Note: “Rolling Stone” purchased a majority stake in Life Is Beautiful in February 2022.

Calvin Closes It
How deep is Las Vegas’ love for Calvin Harris? Very deep, apparently. Having the Scottish DJ close the festival made sense: He’s long been a top ticket in Vegas, with years of residencies at multiple major nightclubs, and he performed at Wynn Las Vegas the evening before wrapping Life Is Beautiful 2022.

Harris’ 90-minute set was long on nightclub staples like “Bounce,” “This Is What You Came For,” and “Outside,” all blasted amid pyro, lasers, lights, and Strip-worthy LEDs. A master of controlling crowd emotion, Harris transitioned between moody, sexy, and beachy sounds. He spun “Slide,” his song with Frank Oceans, then transitioned back to hits like “We Found Love” and “Feels So Close,” arguably his most beloved track. In a subtle nod to his favorite futbol team, Liverpool FC, he snuck in “One Kiss,” a Dua Lipa collaboration that’s become an unofficial anthem for the English club.

Jack Harlow Flies High
While many solo artists might have been swallowed by a stage this size, Jack Harlow owned it. He wasn’t technically the headliner, but you wouldn’t know it. After starting with some deep cuts, he transitioned to bigger tracks like “Way Out” and” Tyler Herro,” which he sang a cappella for a second. Harlow then turned up the heat and waded into the crowd for “Industry Baby,” the Lil Nas X smash he’s featured on.

Harlow seemed to be having a great time, often joking about the crowd and the city. At one point, he asked how many women had boyfriends or husbands. Following a loud roar, a stunned Harlow quipped, “A lot of faithful shit going on in here. Don’t forget what city we’re in.” As the crowd was flying high, he capped off a first-class set, naturally, with “First Class.”

A Beach House in the Desert
Beach House brought perhaps the vibey-est show to Vegas on Sunday night. The Baltimore dream-pop duo floated through an hour, highlighted by jams like “New Romance,” “Myth,” and “Space Song,” all flowing together as if they were one long song. Victoria Legrand and Alex Scally were for the most part specter-like, engulfed in smoke and low lights. Some fans lightly rocked left and right, others danced like inflatable tube men outside of a car dealership in a mild breeze, swaying and twisting and fully embracing the vibes.

Rico … If You’re Nasty
Rico Nasty brought her NSFW brand of rap to the Huntridge Stage and left nothing on the table, singing “Smack a Bitch” and “Poppin.” She pleaded for a mosh pit prior to singing fan favorite “OHFR?” Her set was another moment of pure energy, the crowd going particularly nuts for “Money,” a song that samples 2 Live Crew’s “We Want Some Pussy.”

Pussy Riot’s Salute to Ukraine
Moscow-based punk rockers Pussy Riot have made a career out of questioning Russian authority, and their Sunday night set was no different: At one point, the group played the Ukrainian national anthem. “I want you to raise your fists up in the air. Ukraine fights for our freedom as well,” frontwoman Nadya Tolokonnikova said, the Ukrainian flag flowing on the screen behind the band. “Scream with me as loud as you can if you agree with me that Putin has to be neutralized.” The crowd screamed back.

Tolokonnikova, looking like a nun dominatrix complete with her own whip, led a protest in concert form, kicking off with “Police State.” The show synched with images of penis candles burning on the screen in the background; words like “slut” and “vasectomy” appeared on a strobe during their set, as did shots of cutting a phallic eggplant during the song “Plastic.” Pussy Riot also showed footage of a recent protest in Texas that they organized over abortion access. “As someone who served two years in jail for fighting for feminist rights, reproductive rights, it made me sad,” Tolokonnikova said of the Supreme Court’s decision to overturn Roe v. Wade. She picked up her whip and belts as they performed their pro-choice track “Hangerz.” “My body does not need advice from a priest,” they chanted. The hundreds in the crowd shouted back, fists and middle fingers in the air.

Feels Good to Be an Outkast
Big Boi took the crowd on a voyage to Atlanta, giving an inspired performance of “In the A,” and running through a spate of Outkast songs: Among them “Rosa Parks,” “So Fresh, So Clean,” and “Ms Jackson.” “The energy is incredible,” he noted. “We got hype in the middle of the desert.” After “All Night,” a boppy track from 2017 that speaks of a never-ending party, Big Boi then launched into what he called “a smoker’s anthem”: 2010’s “Fo Yo Sorrows.” Then, he noted, correctly, that “we are vibrating higher than ever. Ain’t nobody can fuck with us.”

An Intimate Showing From Dermot Kennedy
Dermot Kennedy bared it all on stage. Earlier in the evening, Kennedy played an hourlong set fit for someone either freshly in or out of love. “We’re going to play some songs with a lot of emotion in them, but still I hope they don’t ruin your weekend,” he said. Kennedy’s voice is raspy and soulful, and he seemed to flip a coin between triumphant and hopeful, anguished and defeated, showcased on celebratory tracks like “Kiss Me” and “Glory” to crestfallen ones like “Rome” and “Moments Passed.”

The Sound of Silence (and Slurpees)
It might be as much a refuge from the 96-degree heat as a dance lounge, but among Life Is Beautiful’s quirkiest yearly fixtures is its silent disco 7-Eleven puts on (complete with free Slurpees) from what would otherwise be your run-of-the-mill parking garage. Outfitted with a few disco balls and lights and a DJ, it’s a popular stop between sets. And like at most silent discos, it’s always funny taking off your headphones to hear attendees who can’t hear their own voices singing “Girls Just Want to Have Fun” a capella, and wildly off key. Just another curveball in a weekend full of them.

Check out recaps from Day One and Day Two of Life Is Beautiful.