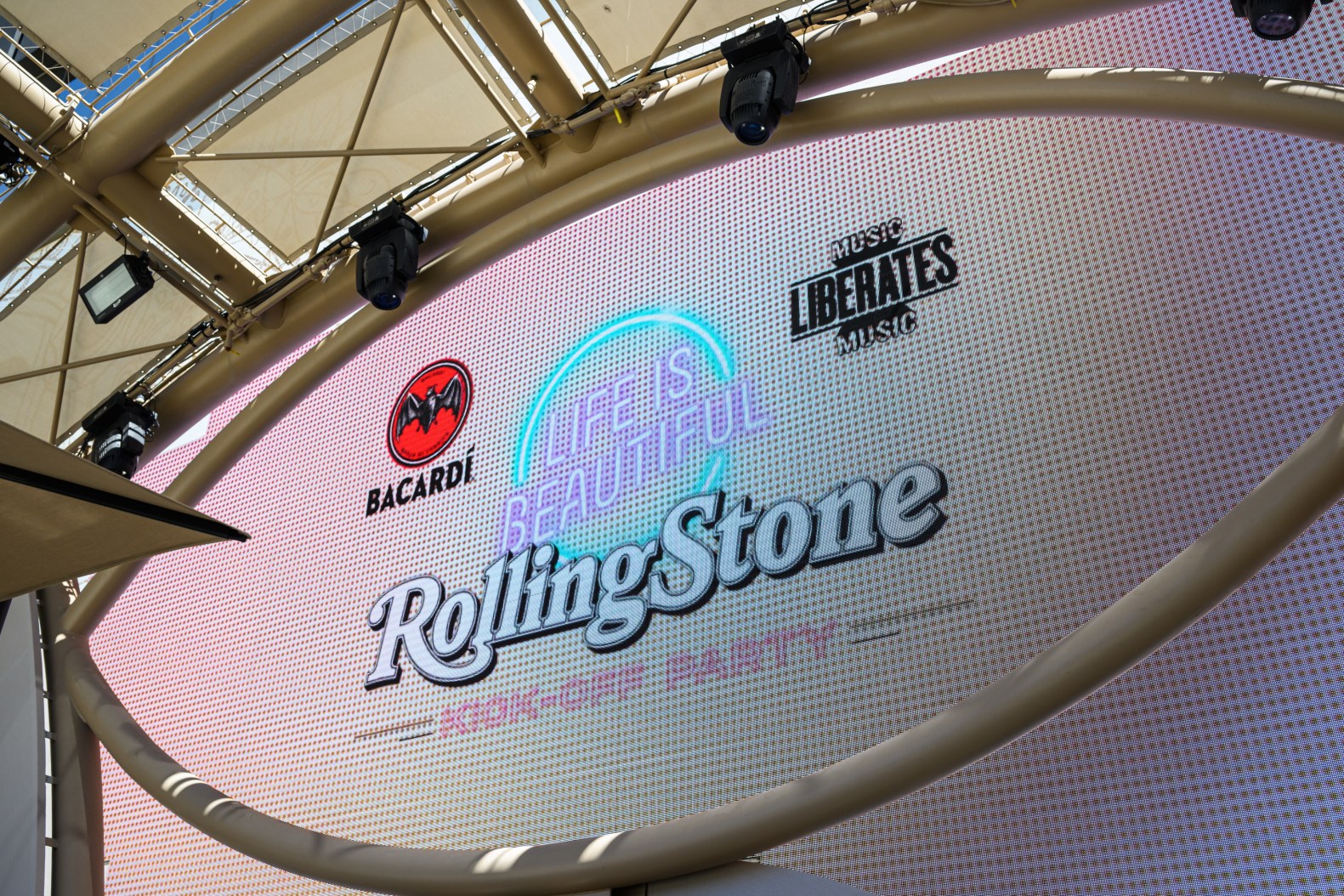 View Gallery
10 photos
at the Rolling Stone Day Party during Life is Beautiful at the Ayu Dayclub at Resorts World on September 16, 2022 in Las Vegas, Nevada. Brenton Ho for Rolling Stone

Life is Beautiful officially got off to a swingin’ start (September 16th) at Ayu Dayclub on the Las Vegas Strip as hundreds of music lovers came to juice and jam poolside for the Rolling Stone Kick-Off Party, sponsored by BACARDÍ.

In honor of the massive music festival that first took over downtown Vegas in 2013, they served the Life is Beautiful official cocktail “Desert Mojito” and pooled premier performers to get the party started, including co-headliners Charly Jordan—Nevada’s own much-in-demand female disc jockey—and Cash Cash, the talented dance pop DJ trio from New Jersey.

“Everybody’s having a good time in the sun, getting the vibes going,” said Cash Cash’s Jean Paul “JP” Makhlouf. “The party is serving BACARDÍ cocktails, so nobody is complaining.”

But for this bash, Rolling Stone and BACARDÍ handpicked two talented performers, courtesy of the brand’s legacy venture “Music Liberates Music.” The program partnership between the spirits brand and Grammy Award-winning and Drake-producing Boi-1da gives voice to rising stars around the world, and helps those artists emerge onto the always-changing and competitive music scene.

“It’s a great experience for new artists to get that look and push, especially talented artists like Benjiflow and Ric Wilson,” said Boi-1da.

Banded Together: Muse's Story Runs Deep in Their Brotherhood

The Cocktails of the Caribbean: How BACARDÍ Rum Captivated Generations of Artists

Benjiflow is a North London-based, gospel-raised singer/producer, and “Disco” Ric Wilson is South Side Chicago’s poet-turned-rapper; both are fresh off their first feature on the current cover of Rolling Stone.

Prolific producer Boi-1da looked like a proud mentor as he watched these up-and-comers on stage soaking up the sun—and the crowd—as back-to-back opening acts.

“I’m from North Londontown and this is my first time in America!” said Benjiflow as he took to the stage.

He is on London’s fast track and was honored to be in Las Vegas. “This represents a lot of people from the UK who are dreaming and wanting to get out and be worldwide,” said Benjiflow. “This is, ‘You can do it too!’”

It was pure “Benergy” as he jumped and danced with a receptive crowd, and soon everyone was going with, you guessed it, the Benjiflow.

In a six-song set, he performed his 2018 breakthrough and contagious single “Deep End,” and then the 26-year-old closed out with the debut of his first collaboration with Boi-1da called “Ruby.”  He admits he’s faced a lot of rejection to get from London to Las Vegas, but says now, “This is an incredible journey and those here can always come back to this moment and say, ‘We saw Benji when…’”

He’s already won over an American fan who just returned from the UK.

“His type of Afro music is super huge in London,” said Kamry Lorin Jaymes. “I love hearing that vibe here. We need more of this in the U.S.!”

Equally entertaining was the effervescent Ric Wilson. He lives stateside, but this was also his first appearance in Sin City. From street protest poems, to open mics to festivals, he says his career is going “brick by brick, and [today] is one big ass brick.”

His funk-infused rap—he had us at “Coco Badass”—and dance moves made waves at this pool scene. His nickname is “Disco Ric” after all.

“I loved the interaction and felt like dancing,” said Cree Sermone, who came from Los Angeles for Life is Beautiful weekend. “It had such great energy and I couldn’t help but move to Ric’s music.”

During the 30-minute set, he too crowd-tested his Boi-1da-produced single “Feel Like Somebody,” a major milestone for this 20-year-old former MC on the rise.

A bonus feature of the “Music Liberates Music” initiative includes teaming up with streetwear brand NAHMIAS and the release of “The Wearable Album.” At the kick-off party, music fans could scan the first QR-powered fashion capsule that rewarded fans with a pair of stylin’ sunnies for promoting rising music artists via Spotify.

“Artists right now have been having a very hard time, so this is a perfect way to help via live streaming,” said Charly Jordan.

It shouldn’t take too long for this new music to take hold, thanks to BACARDÍ’s mission to “promote a more inclusive and creative environment.”

“Being able to work with [Benjiflow and Ric Wilson] was actually a pleasure for me as well,” said Boi-1da. “They’re really dope and I feel they all have bright futures.”

Now that their music has been liberated, life is certainly more beautiful for these two emerging talents. When asked what the takeaway from this experience will be, Wilson didn’t hesitate.  “I hope to win over a bunch of new ears and supporters…and a bunch of BACARDÍ.”

I think that can be arranged, Ric.  😉