Imagine traveling back in time to see the house where Kurt Cobain grew up — and finding it pretty much as it was as when he lived there. Thanks to a recent government hearing and restoration plans, that rock fantasy may become a reality —  plus a corresponding, nearby gallery of Cobain’s life to boot.

Last week, Washington state’s Department of Archaeology and Historic Preservation announced that the one-and-a-half-story house in Aberdeen, where Cobain lived from 1968 to 1984, had been officially approved for inclusion on its “Heritage Register” of culturally important buildings. But that’s only phase one. The home’s current co-owner, Lee Bacon, tells Rolling Stone that plans to recreate the house and return it to its vintage era are “90 to 95 percent” complete. Neighborhood zoning regulations will prevent the structure from becoming a full-time museum, but Bacon is exploring ways to open it up this spring for the occasional private tour. “Our goal is to make the house a tribute project to Kurt’s early life and career, with museum detail,” he says. “The next chapter is how to make that happen.”

Bacon and his wife Danielle bought the house from the Cobain family in 2018 for $225,000. The following year, Bacon, who works in the lighting design business, told RS he planned to begin the restoration process. Since then, the Bacons have gone to work. The exterior of the house, currently yellow, will be repainted to match the “light-colored fern” and “dark-colored mint” colors it sported in the Seventies. The interior includes the original dining room table and china hutch from Cobain’s family, as well as the mattress from his bedroom and the toddler bedroom set used by Cobain and his sister Kim. According to the Bacons’ application, the kitchen has retained its “period Seventies plywood cabinetry with canary-yellow Formica countertops.”

As Kim Cobain tell RS: “I enjoy being involved and providing my input. I am very happy and supportive Lee and Dani took this on three years ago.”

At a June 29th Zoom hearing to approve the building for the state register, a nine-person Governor’s Advisory Council on Historic Preservation heard a snippet of “Smells Like Teen Spirit” before discussing the Bacons’ application. In it, they made the argument that “the property is directly associated with an individual who made an important contribution to a community or to a group of people.” 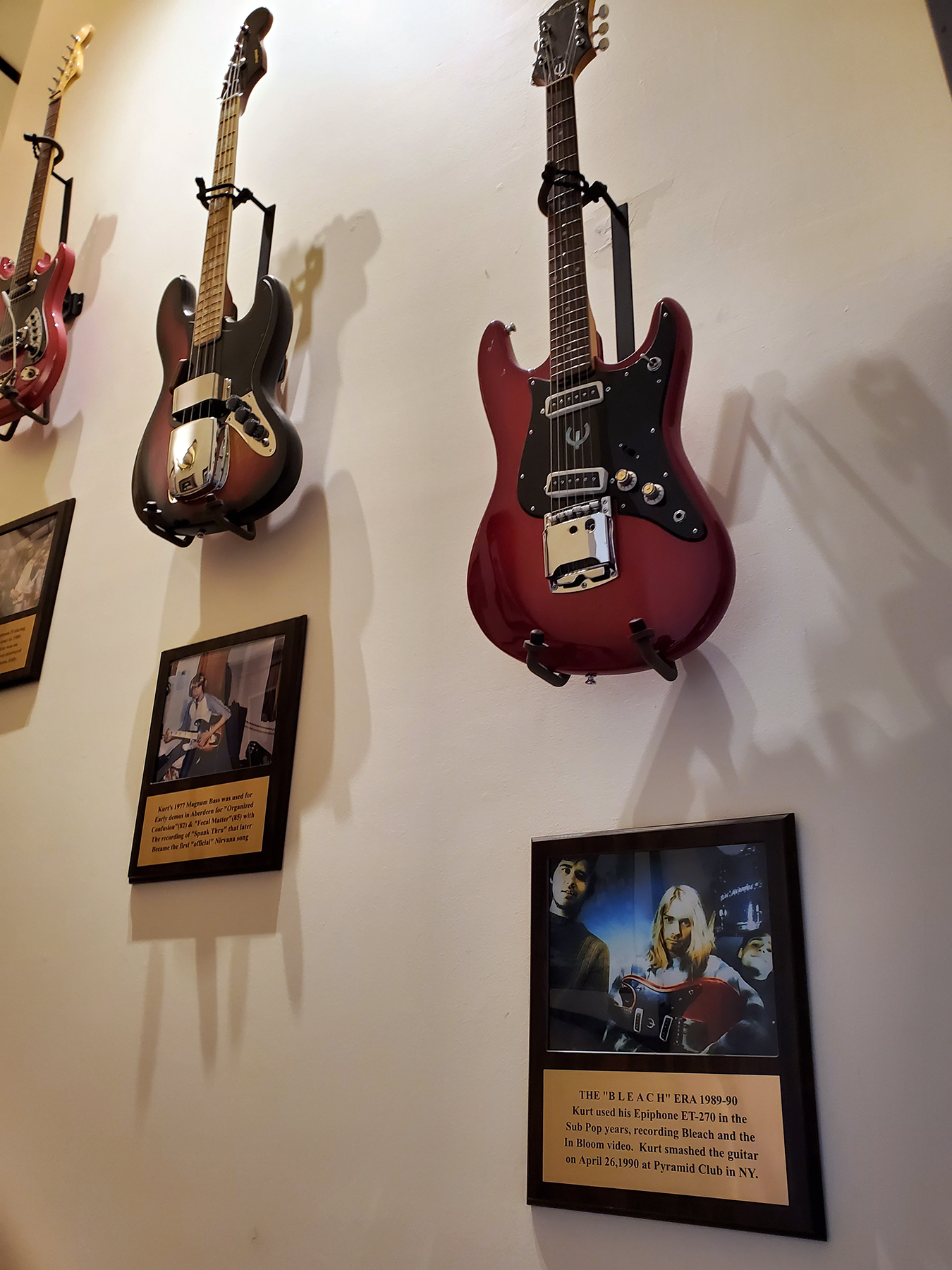 Allyson Brooks, executive director of the state’s Department of Archaeology and Historic Preservation, acknowledges the unusual nature of the request. “It’s rare to have a childhood home considered,” Brooks says. “Generally we want to be sure that we’re acknowledging that something happened in a childhood home that was significant. In this case, it’s Kurt Cobain, who developed his musical passions and skills in Aberdeen and in that house.” The council voted unanimously to approve the request, which Bacon says was “emotionally rewarding.”

Brooks says the outcome of that vote (which wasn’t made public until last week) didn’t surprise her. “We didn’t get any pushback,” she says. “Everyone on the council recognized the importance of the place.” (As Brooks adds, qualifications for state registries also tend to be more flexible than national ones.) But according to Brooks, the listing on the registry doesn’t necessarily mean the home will be protected forever, should some other owner want to tear it down decades into the future. “It’s just an honor,” she says. “There are no state protections for the property.”

To complement the restored house, Bacon has purchased a 25,000-square-foot building in downtown Aberdeen. There, he plans to devote about 8,000 of its space to what he calls a “Tribute Lounge and Gallery Cafe” dedicated to Cobain. Through artifacts, photos, memorabilia, and later-period Cobain shots by noted grunge-era photographer Charles Peterson, Bacon says the Lounge will “tell the story of the house” and Cobain’s early years in Aberdeen. Guitar builder Larry Brooks will supply the backstory of the custom-made Jag-Stang guitar he built for Cobain, and Bacon is considering including items donated by fans. 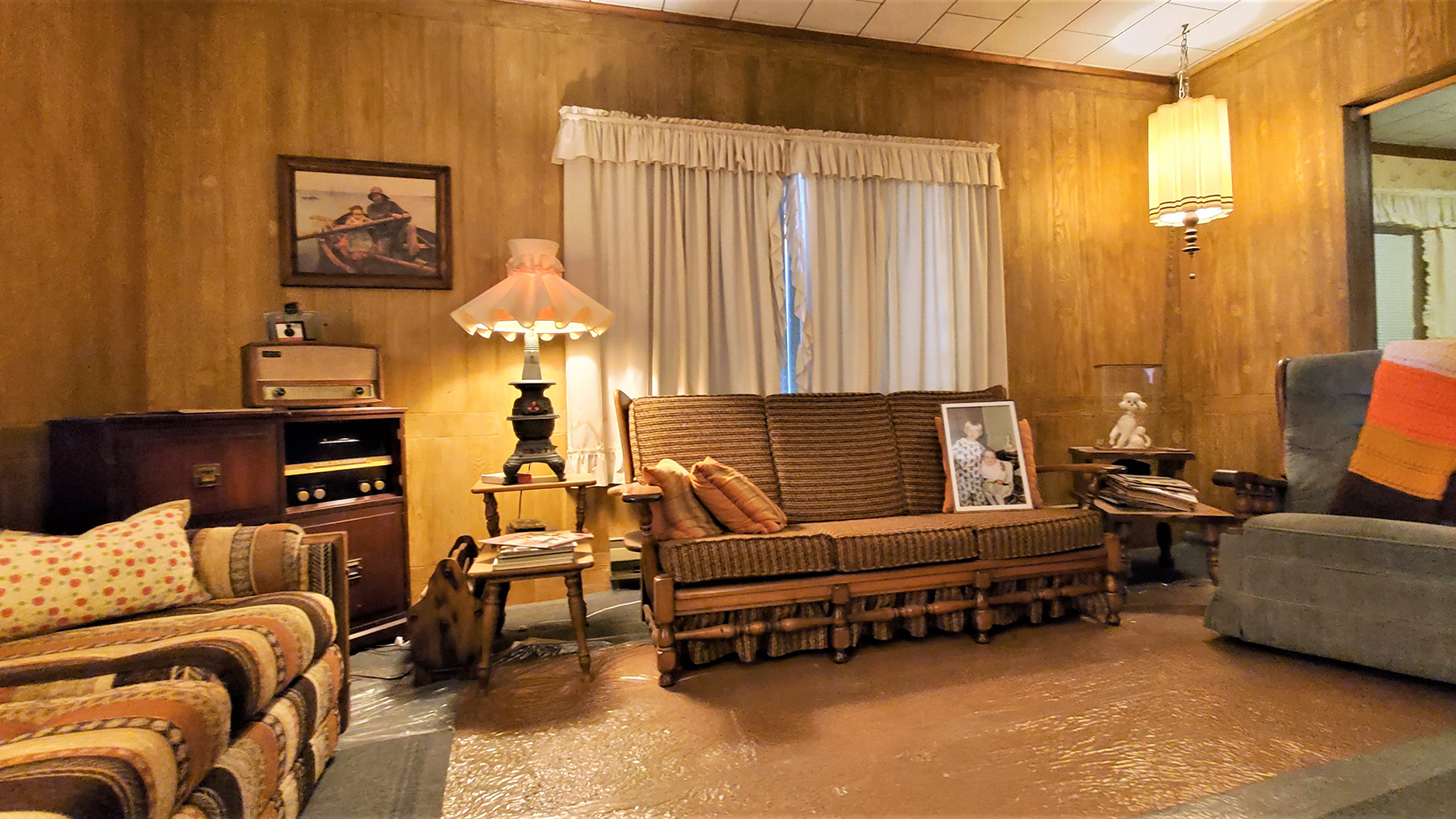 According to Bacon, the Lounge and Cafe would be “the starting hub for information, tours, and dedicated transportation to the family home,” which is a mile and a half away. Admission to the exhibit will be free, as it will be for any possible house tours. Since the house sits in a residential neighborhood, Bacon is hoping to give tours “on special days, events or happenings by special request. We’re working on the logistics of how that could be.”

Also in the works is a plaque for the front of the house, which Bacon feels will be especially important as we get further from Nirvana’s heyday and Cobain’s death in 1994. “We have to write it for someone in the future, 20 years from now, who wants to learn about Kurt,” Bacon says. “We want it to be for someone who doesn’t know who he was or the contributions he made.”