For the fifth installment of Kiss‘ annual Kiss Kruise, the hard rock legends will perform their classic 1975 live LP, Alive!, in its entirety. According to the event’s website, the band will play the album during the Kiss Kruise V indoor show, which will take fans back to “the golden age when Kiss rose to prominence, taking the world by storm.” The 2015 festival will once again be held aboard the Norwegian Pearl, which sails from Miami to Jamaica October 30th to November 3rd.

All attendees will receive “one autographed, commemorative item” signed by all band members, along with “a photo with you, your cabin mates and Kiss masked or unmasked…your choice!” Those who book a cabin during the ongoing pre-sale will receive a limited-edition T-shirt prior to sailing. The website is limited on additional details – no other bands have been announced thus far – but it does promise “new surprises” for the 2015 event. 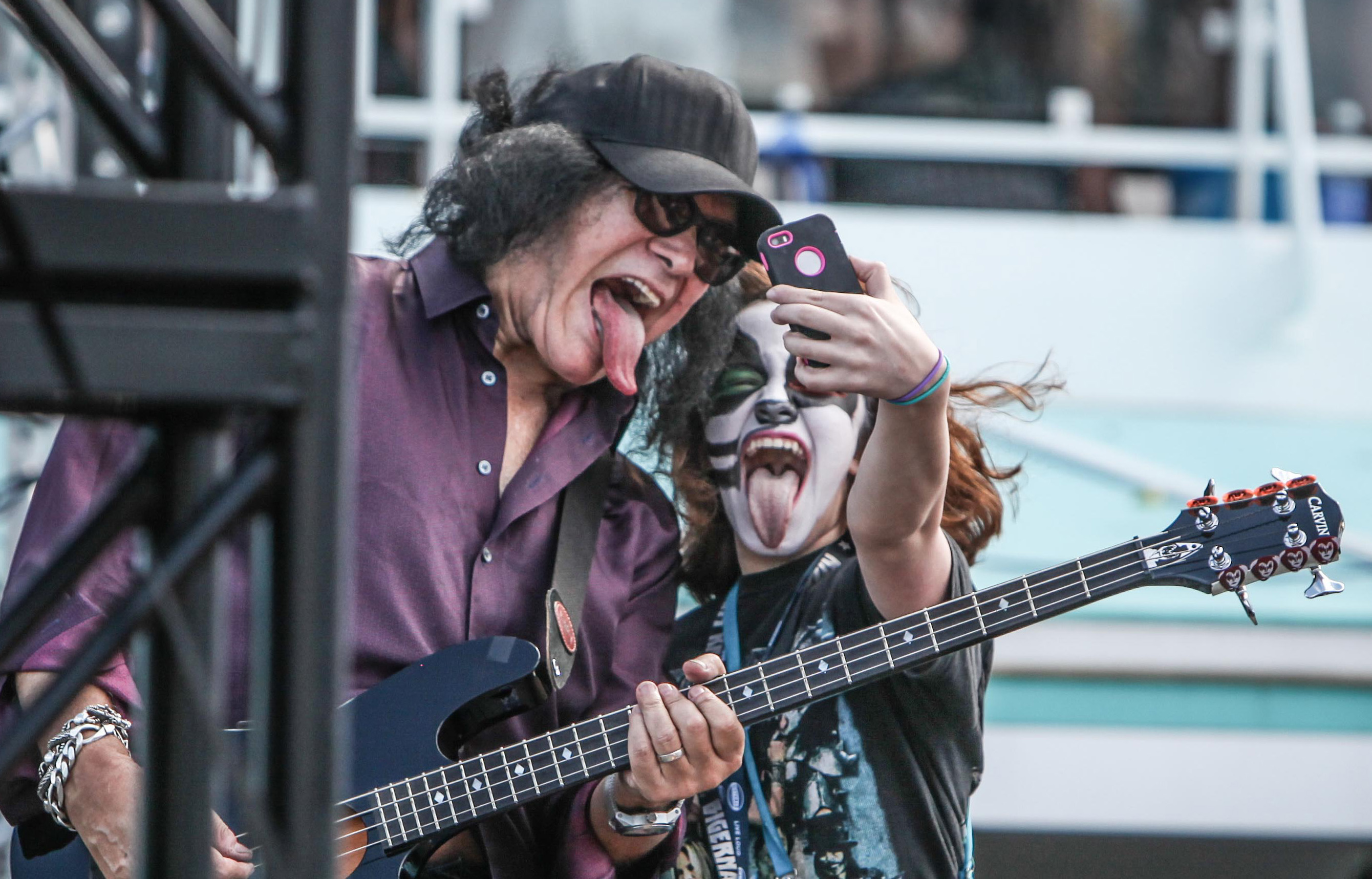 Prices range from $550 per person (for a quad interior cabin) to $4,240 (for a double “Owners Suite”). According to a Norwegian Pearl infographic, the ship holds up to 2,380 guests and is longer than three football fields.

Kiss should be in good spirits aboard the Pearl – or at least in a better mood than they were following their lip-synched, but catchy, performance for the 88th Annual Macy’s Thanksgiving Day Parade. “Bluntly, We were screwed over & misled by the exec in charge of #MacysThanksgivingDayParade. We ALL deserved better,” tweeted guitarist Paul Stanley the day after Thanksgiving. The specific reason for his Turkey Day gripe was never made clear.