In 1986, relations between Keith Richards and Mick Jagger were at an all-time low. The Stones were on hold while Jagger toured as a solo act behind his 1987 album Primitive Cool, and the two traded endless insults in the press.

Recording outside Quebec, the chemistry was clear when they laid down the swaggering opener “Take it So Hard.” “I went back to the house going, ‘we’ve conquered Everest already?’ Wachtel said later. In his autobiography Life, Richards agreed. “There’s no way you can stand in front of the Winos without getting off. It’s a surefire high. It was so hot you could hardly believe it.”

'Gimme Shelter' at 50: How The Rolling Stones Got Conquered By America 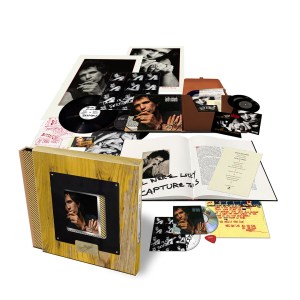 The result was Talk is Cheap, an endearingly ragged classic considered by many fans the best Rolling Stones-related release of the last three decades. From the stomping open-G anthem “Take it So Hard” to the Memphis soul ballad “Make No Mistake,” it captures Richards nailing everything he’s good at – hear the throwback Sun-style in the rocker “I Could Have Stood You Up.”

To celebrate its 30th anniversary on March 29th, the album will finally be reissued as a huge box set that includes the album on CD and vinyl, six unreleased tracks from the sessions and an 80-page book featuring a new interview with Richards. There an even more extravagant “super deluxe” box set that comes in a case that replaces Richards’ guitar case made by the Fender Custom Shop.

“This album holds up,“ Richards said. “I’ve been listening to it and not through the mists of nostalgia either because it doesn’t affect me that way. This is more than the sum of its parts. I really admire it. We were having fun and you can hear it.”