Katy Perry: 'It Was Hard to Speak Up' With John Mayer - Rolling Stone
×
×

Katy Perry dug into her love life in an interview with the U.K. edition of Elle, in which she talked about her relationship with currently on-again boyfriend John Mayer and her attraction to “challenging men.” The pop singer also discussed her friendship with Rihanna and the upcoming release of her new album, Prism.

Perry said she’s drawn to men who are “wildy poetic and intelligent.” “I’m not interested in taming anyone,” she said. “I’m pretty wild myself.”

She shared details with Elle about what led to her breakup with Mayer in February.

“He pulled away,” she said. “That was a big hello for me. I realized I could lose the person I loved and I had to deal with some things, issues I think a lot of women have. You can be strong in one aspect of your
life but submissive in another. In relationships, it was hard for me to speak up and set boundaries. I
think a lot of that was to do with the fear of loss.”

Perry said she works to surround herself with good people in an industry that has a dark side, saying her friendship with Rihanna reminds her how luminous the fellow singer is whenever they’re together.

“I know a lot of people out there with the most detrimental entourages – they are the root of their demise. It’s really unfortunate but you can’t save these people. My days of celebrity saving are over.” 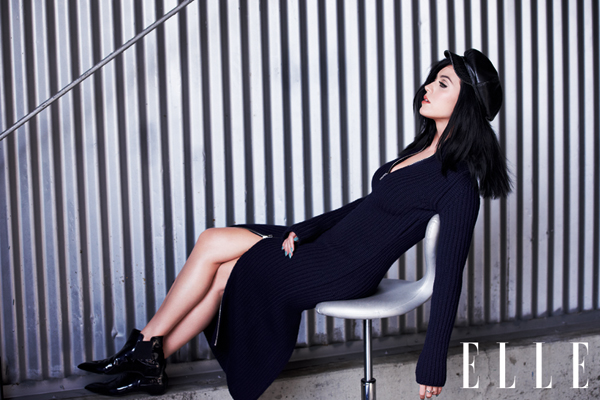