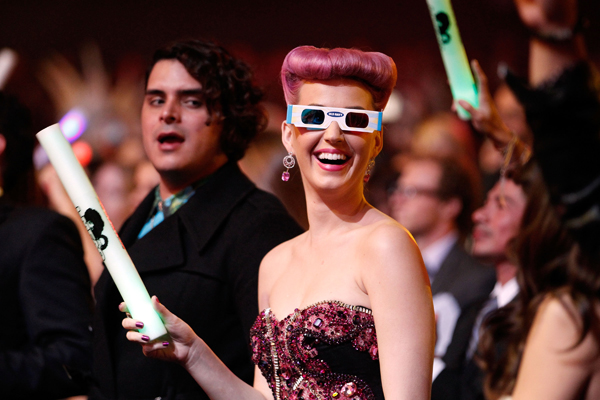 Katy Perry is in talks with Paramount to create a 3D movie documenting the singer's live show. The studio, along with Imagine Entertainment, are still in early stages of developing the project, which is largely dependent on the logistics of filming, staging and releasing the movie. A source close to the deal says Paramount hopes to follow the template of last year's Justin Bieber: Never Say Never, which now holds the box office record for the most successful concert film in the United States with a gross of $73 million.

Disney has also had great success with 3D concert movies in the recent past, with Hannah Montana/Miley Cyrus: Best of Both Worlds Concert Tour and Jonas Brothers: The 3D Concert Experience both pulling in grosses that eclipsed studio expectations. Fox's Glee: The 3D Concert Movie, however, was a flop when it was released last year.