That’s sort of the idea!

Between long-awaited releases by present-day superstars like Katy Perry, deluxe box sets featuring you & your parents’ favorite Van Morrison, and classic rehashing by perennials such as Tears For Fears, Donna Summer and Morrissey, there’s an entire world of legitimate holiday releases for you to purchase for yourself and for loved ones to keep the entire music industry afloat!

On the other hand, these new electronic cigarettes certainly seem appealing, genuinely safe, and a novelty worth investigating!

Why not buy one of everything to make sure you don’t miss out?

Katy Perry: Prism (Capitol) Top pop star Katy Perry would appear to have everything! She’s got hits up the kazoo, she’s attractive as heck, she’s got superstar boyfriends left and right, and she’s got an entire committee of songwriting superstars who help her prepare the sort of material destined to make this hot new album her biggest record ever! Catchy songs? You bet! From opening track and super-hit “Roar” to such great stuff as “International Smile” and “Love Me”—c’mon, who else but Katy would actually sing those words?—and virtually everything else here, this is an upbeat showcasing of 21st century top pop talent, occasionally a tad too showbizzy, but precisely what the doctor ordered when it comes to the sort of upbeat pop fodder we all like to sing along to when driving at a snail’s pace on the freeway and wondering if we’re living the life our Lord and Creator intended! A doll? Sure thing! A talent beyond belief? Oh yeah! Major bonus? She almost seems human! Luckily, extraordinary fame and being the focus of an entire world’s worth of foaming-at-the-mouth paparazzi has never been an issue for anyone, and KP will, as ever, emerge the pro! To quote Charles Dickens, it was the best of times!

Def Leppard: VIVA! Hysteria (Frontiers) Actually a fascinating release here: We all know Brit metallers Def Leppard were one of the biggest rock bands of the ‘80s, largely because of the enormous success of the ripe pop-metal crossover aspects of Pyromania and Hysteria. Here, all these years later, we’ve got a deluxe, live 2-CD/1 DVD package of the latter album being performed at the Joint, a club within the consumer-friendly Hard Rock Hotel And Casino in Las Vegas! Why did it take so long? Are there rights issues the band may have with its former label that we don’t know about? Heck, who knows? What we do know is that, all these years later, the original album still sounds as appealing and as pioneering as it ever did, and that the current-day version of Leppard sound just as good—frankly, a tad better—than they ever did. Combine that with the fact that, in the years in between, singer Joe Elliott and crew have demonstrated a commendable zeal for all that is great in British rock—most notably via their affection for Mott The Hoople—and you’ve got a still worthy rock ’n’ roll band that doesn’t show the slightest signs of aging, or, more importantly, irrelevance. Good for them, and let us wish them well.

Van Morrison: Moondance: Expanded Edition (Warner Bros.) If, like a select batch of humans of a certain age, this is one of your favorite albums of all time, you will go nuts with how much goodness is here! The initial classic album, the 1970 “catchier” follow-up to Morrison’s Astral Weeks, Moondance is featured here in its entirety, with the hits that Morrison continues to sing all these years later—title track, “Caravan,” “Into the Mystic,” etc.—remastered, sounding compellingly groovy, and bolstered by so many preliminary versions and alternate takes it may be jarring to all but his biggest fans. In short: 4 full CDs, one of which is the original album, the remaining three containing multiple takes of most of the classic tracks, a bunch of versions of “I Shall Sing,” intended for the original album but left off, and a Blu-Ray audio disc of the original album in 5.1 surround sound. Yikes! It’s an unexpected bounty of riches, and it all sounds great—though, again, it may be a bit much for all but the man’s most ardent fans. But to hear this classic album in the act of taking shape, rather than its well-known classic form, is revealing, enthralling, and quite a good listen for those who really care. Word is that Morrison himself is none-too-pleased with this re-release, but—let’s be real—that’s part of his charm! Do this for Astral Weeks, record company dudes, and you will thrill a generation yet unborn! Highly recommended. 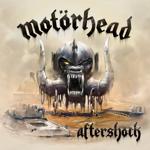 Motorhead: Aftershock (UDR) “Motorhead is not simply a band,” it says here somewhere, “it’s a genre!” This is indeed difficult to argue with, especially when one considers that the band—who have been around for seeming eons—have, with Aftershock, released their 21st studio album! To be candid: holy crap! Featuring the always appealing band-founder Lenny Kilmister, along with Phil Campbell and Mikkey Dee, Motorhead these days seems less a rock ‘n’ roll band than an actual concept: Loud, throbbing, aggressive rock, songs of a certain lyrical persuasion—typified by “Death Machine” and the admirable “Silence When You Speak To Me”—and the warmth one feels in their very soul that Motorhead is back, better than ever, and all is right with the world. The dumber they get, the better they are: who on earth has come up with a better formula? 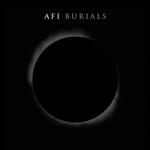 AFI: Burials (Republic) Highly respected not only for their many albums, of which this is their ninth, but for their commendable work as film archivists, the American Film Institute continue to release fascinating rock stuff! Burials, produced by the ever-hip Gil Norton, rocks like a mutha—people get paid to use that word!—and has a certain thematic unity typified by such songs as “I Hope You Suffer,” “Anxious,” “A Deep Slow Panic” and upbeat opener “The Sinking Night”! In other words, life stinks, what’s the point of living, why the heck does every single movie in our screening room involve kidnapped women from the Middle East, and what’s even left for us to record after Billy Idol made “Eyes Without A Face”? Anagram fans will note that I Surf Labia and Air Bus Fail have titular relevance here, but heck—that sounds dirty! They may be my favorite!

Tears For Fears: The Hurting: Deluxe Edition (Mercury) Right around now is when so-called “classic” albums of the early ‘80s are getting reissued, boxed up, accompanied by bonus tracks galore, and offered up as ultimate consumer wins. Sometimes it makes sense—and sometimes it doesn’t. In the case of Brit duo Tears For Fears, it most certainly does: This expanded version of the group’s 1983 debut has all the goods and more. Great songs, superb production, and a certain quirkiness to the songwriting that, all these years later, still sounds entirely unique. Between them, the duo of Roland Orzabel and Curt Smith put a surprising number of excellent tracks to vinyl, many of them intriguing not only for the psychological/philosophical angle of the lyrics—not exactly common territory back then—but for the masterful combination of the melodies and arrangements that accompanied them. Contained within are “Mad World,” a song which has taken on a life of its own, “Change,” “Pale Shelter,” and a bunch of other good stuff—all of which was commercially eclipsed by the massive-selling Songs From The Big Chair album that would soon follow. Great stuff, and it still sounds fresh.

Morrissey: 25 Live (Eagle Rock Blu-Ray) For those who have long loved the Smiths and have always had a warm spot in the heart for lead singer Morrissey—who has, after all, made many more solo records than Smiths albums—this superb document, which captures the man celebrating his 25 years as a solo artist live at Hollywood High School in LA, is a great way to catch up. With a bundle of fine material encompassing his material with the Smiths and on his own, 25 Live is expertly shot and captures the man at an interesting juncture in his surprisingly long-lived career. Perhaps most beneficial is the fact that there is a certain period in his recording career—just immediately post-Smiths—that, upon hearing that material performed live in 2013, one may briefly wonder about its origin: With his former band or on his own? This is not a small win for the man who, whether with the Smiths or solo, has crafted many of the best song titles in pop music history. See for yourself. 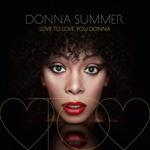 Donna Summer: Love To Love You Donna (Verve) A 21st century spin on one of dance music’s truly iconic figures, Love To Love You Donna takes most of Donna Summer’s biggest hits—“Love To Love You Baby,” “Hot Stuff,” “On The Radio,” “Bad Girls”—and gussies them up with hipster remixing, provided by the likes of Chromeo, Afrojack, and Hot Chip, among others, all of which, to everyone’s credit, sounds more organic than the cynics among us might likely expect. The stylistic variety of the many remixers makes this a good listen from beginning to end: Summer had a good run of pop hits, but—as was the obvious intention here—this isn’t exactly a trip down memory lane. A credible, arty approach likely to bring Donna Summer a new generation of fans, this is surprisingly good stuff. 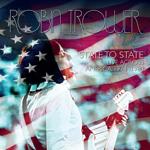 Robin Trower: State To State: Live Across America (Chrysalis) It strikes me that though he was conspicuously out there performing in the American marketplace in the ‘70s and ‘80s, and sold more than a few albums, guitarist Robin Trower has become an unjustly under-appreciated figure in the pantheon of hard-rockin’ dudes who happen to be extraordinary players. His post-Procol Harum career was, though widely acclaimed at the time, always colored with inevitable comparisons to Jimi Hendrix—perhaps not unjustly—but the combination of his playing, the soulful vocalizing of bassist James Dewar, and the strong and compact songs he regularly fashioned, seems even more unique with the passing of time. This 2-CD collection of previously unreleased live tracks, recorded in the States between 1974-1980, features most of his best-known songs and, as they say, is a gas through and through. You may want to hear it. 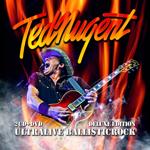 Ted Nugent: Ultralive Ballisticrock (Frontiers) Certainly the most interesting aspects of this great new record by Ted Nugent are: 1) Does this album cover actually portray him playing guitar while being condemned to the depths of Hell? 2) Did he deliberately leave out the hyphen in “Ballisticrock” or did he simply hire a sadistic art director? 3) If he shot this record, would he be morally compelled to eat it? Let’s just say yes and be done with it!