As a thinking, feeling music fan who likes to think he’s completely at one with the current music scene, I’d like to offer up a recap of this past week’s major events!

1)Badfinger are back in a big way thanks to a TV show everyone in the world but me watches!

2)Miley Cyrus apparently likes pot enough to rave about it to the press–but clearly has never smoked it and then looked in the mirror while wearing her Minnie Mouse ears!

3) The otherwise mellow and laidback Kanye West has proclaimed that he is the “No. 1 rock star on the planet” while strategically omitting the name of that planet!

4) For kicks, the federal government has shut down!

Hey, I’m still freaking out about that Miley thing! 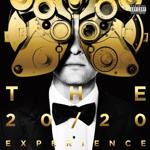 Justin Timberlake: The 20/20 Experience – 2 Of 2 (RCA) I do indeed think you could make a case for drawing a generational line in the sand between those who think Justin Timberlake is, er, the bees knees, and those who think he is an entirely competent, serviceable vocalist with a questionable musical history, an excellent, humorous actor, and a guy rich enough to buy a studio-full of musicians and producers who can make him—or anyone else with money—sound entirely competent and serviceable! Frankly, I’m a tad stunned and a bit disappointed anybody really cares! This new thing is not bad at all, sounding at times like someone slipped Queen or Hall & Oates the brown acid here and there, but in the end, it’s all about the exquisite production—for which I mostly credit Timbaland—over which nearly any vocalist in the world might sound better than competent, or, indeed, hip. I’m still somewhat stunned that a major artist released an album featuring a guest artist like Jay Z spouting off that that Yoko Ono is “that p*ssy broke up the Beatles”—hey guess what, dude, that p*ssy has a better singing voice than you do, and she’s quite a bit smarter! And richer! Imagine that!—but what can we really expect? Contemporary sounding, apparently his “hot” album aiming to beat out Robin Thicke, and—stripped of the impressive production—dreary, show-bizzy stuff not worth much except at the cash register. 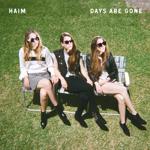 Haim: Days Are Gone (Columbia) A quite fine official album debut from San Fernando Valley trio Haim, a batch of skilled sisters enjoying about a year of buzz or so for being talented beyond the norm—it’s actually funny how much people like them—that’s better than such hype usually produces, no small surprise. The irony for longtime music fans with no notion of what they’re hearing: Maybe three-fourths of this record could’ve been issued in the mid-‘70s by the likes of Wendy Waldman or the entire Asylum Records roster, and no one would have been the wiser. Not a slag, because there’s good stuff here—just noting that it would be nice if there was something new under the sun once in a while, but often there isn’t. I would be the last human in the world to suggest that good songwriting, fine singing and skillful musical arrangements are not a reward unto themselves, though, and these young Haimers seem to have the knack. 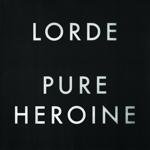 Lorde: Pure Heroine (Universal) Speaking of youthful and much buzzed about, young Lorde—a mere child from Auckland, New Zealand, born Ella Yelich-O’Connor, much to the chagrin of Y! Music’s List Of The Day blogger, who remembers nothing about that “odd night overseas”—is quite good, worthy of your extended perusal, and a glimmer of hope in a pop world where today’s most popular artists derive their artistic inspiration from obvious and predictable sources. Translation: She’s cool! With most of these tracks done while she was all of 16—most people will be familiar with “Royals”—Lorde offers significant talent at a very early age, a quirky, beguiling stage manner, the ability to convert water to wine, provide the poor an infinite supply of loaves and fishes, and is probably something of a bitch when she enters a temple filled with moneylenders! Maybe if she opted for second-choice stage name Cookie Monster things would be different, but why dwell on it? Soon an entire generation will be saying they like Pure Heroine and it will be a big win! 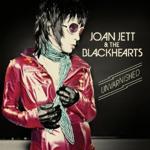 Joan Jett & The Blackhearts: Unvarnished (Blackheart) The secret truth about the Runaways that few people these days rarely utter: they weren’t very good. And Joan Jett was about the best they had to offer. While her heart has always been in the right place, and her rock’n’roll image could not be more impeccable, and her hit cover of “I Love Rock ‘n” Roll” was just dandy, at the end of the day there has never been much there there, and Varnished doesn’t offer much proof to the contrary. While workingman’s hero Dave Grohl laudably lends a conspicuous hand to opening track “Any Weather (606 Version),” and much of the remainder of the album is quite spritely, the single biggest selling point here is Jett’s inarguably cool image, which—and who would want to knock it?—doesn’t imply groundbreaking music is contained within. She’s difficult to knock, but not exactly a breeze to listen to. 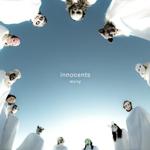 Moby: Innocents (Mute) The illustrious Moby—who, however innovative he and his music may have been over the years is probably best remembered for setting records for the number of companies he once licensed his music to—returns rather triumphantly here. This is a nice, sonically pleasing record, featuring a host of guest vocalists—Damien Jurado, Wayne Coyne, Mark Lanegan and Skylar Grey, among others, pop up—all sequenced thoughtfully, tastefully, and in a manner that suggests a fully conceived album rather than a random collection of singles w/ guest spots. Even more importantly—and this may sound sort of silly for an artist as long-lived as Moby—there is an overall thematic, sonic unity among the tracks here that actually suggests the album is the creation of one artist—in this case Moby—rather than the work of a tech-friendly dude with a lot of heavy friends. That said, this album cover would make a lousy clock! 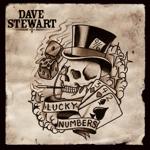 Dave Stewart: Lucky Numbers (+180 Records) An inarguably talented but somewhat puzzling figure in rock mythology is one Dave Stewart, who has a history beyond reproach—let’s see, Longdancer, the Tourists, Eurythmics, Superheavy, have I left anyone out?—and has worked with just about everyone with any clout in the industry, and is a conspicuous philanthropist and all-around good guy and…does anyone really know exactly what he sounds like? Meaning: with all that skill, and all those associations, has anyone ever heard a record and said, “Oh my God, what a complete Dave Stewart rip-off”? I don’t think so. So here’s a new one, apparently featuring a trip to the South Pacific, an excellent Nashville-based band, guest vocalists like Martina McBride and Karen Elson, and a whole lot of colorful, cracking extra-musical effects—a film documentary, strong social media—and a dire need for a single hit single that will make Dave Stewart a successful solo artist rather than the former Eurythmics guy. I—like every single other human in the music industry—wish him well. 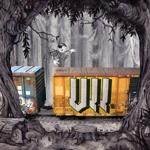 Blitzen Trapper: VII (Vagrant) There are a handful of bands—well, maybe 20 or so—that are well-liked by friends of mine whose taste I admire but still…I’ve never really got. Blitzen Trapper is one of them. Coming to them late—I mean, if I didn’t like the first six, is album No. 7 really gonna win me over?—I nonetheless put them on, open-eared, receptive, wanting to like what I’d previously ignored, but found myself repeatedly turned off by their Goober Pyle-on-mescaline persona, which is so far not up my alley it’s almost depressing. I wish them well, don’t know if their lives are drenched in irony or if they are singing from some sort of genuine artistic platform I am not genetically programmed to recognize, but I liked the new Cher album a hell of a lot more than I liked this.

John Abercrombie Quartet: 39 Steps (ECM) I’m such a non-jock that I have no idea what this album’s cover graphic represents—a soccer field? Crop circles? An Alfred Hitchcock tribute?—but I do deeply enjoy the music within, produced by ultra-skilled guitarist Abercrombie with a quartet including pianist Marc Copland, bassist Drew Gress and drummer Joey Baron, all of whom are taking modern jazz into comfortable yet heretofore unexplored areas with skill and ease. Both Abercrombie and Copland played with Chico Hamilton and jazz-rock pioneers Dreams in the early ‘70s and, as might be expected, share a rapport that makes this session seem like a meeting of old friends, intuitively linked, rather than a meeting of musicians sharing a similar interest in puttering around in odd-chordland. A strong showing, and another reminder that Abercrombie has, over the years, proven to be one of ECM’s most durable and fascinating artists. Recommended.

Various Artists: Beatles Reimagined (Community Music) It long ago struck me after receiving the 20th version of Motown Sings The Beatles or other such unimaginative random compilations—yes, they were popular, so everyone covered them—that a truly daring compilation might be A Number Of Fascinatingly Lame Motown Covers featuring otherwise fine rock bands like the Cryan’ Shames covering “Heatwave” to the point of absurdity. Would be a fun listen! Relevant here only because, thanks to some legal wrangling and publishing technicalities, we’ve got an unnecessary album featuring a batch of early Beatles covers, the most notable of which might be “I Saw Her Standing There” by Edwin Sharpe & The Magnetic Zeros, all of which were recorded while otherwise more deserving artists were out there in the streets, tin cups in hand, starving, so that we could hear “Badwolf” singing “She Loves You.” Between you and me? It’s quite bad! 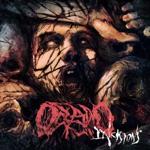 Oceano: Incisions (Earache) Not just a great band but a superhero, Oceano returns here with a stunning rock opera in which they battle Starro The Conqueror and Kanjar Ro, who intends to conquer the planet Rann! They emerge victorious, of course–and later meet both Starro, Kanjar Ro and surprise guest Despero at a Los Angeles Krispy Kreme, where they watch donuts coming off the conveyer belt and make plans to later hit the zoo!