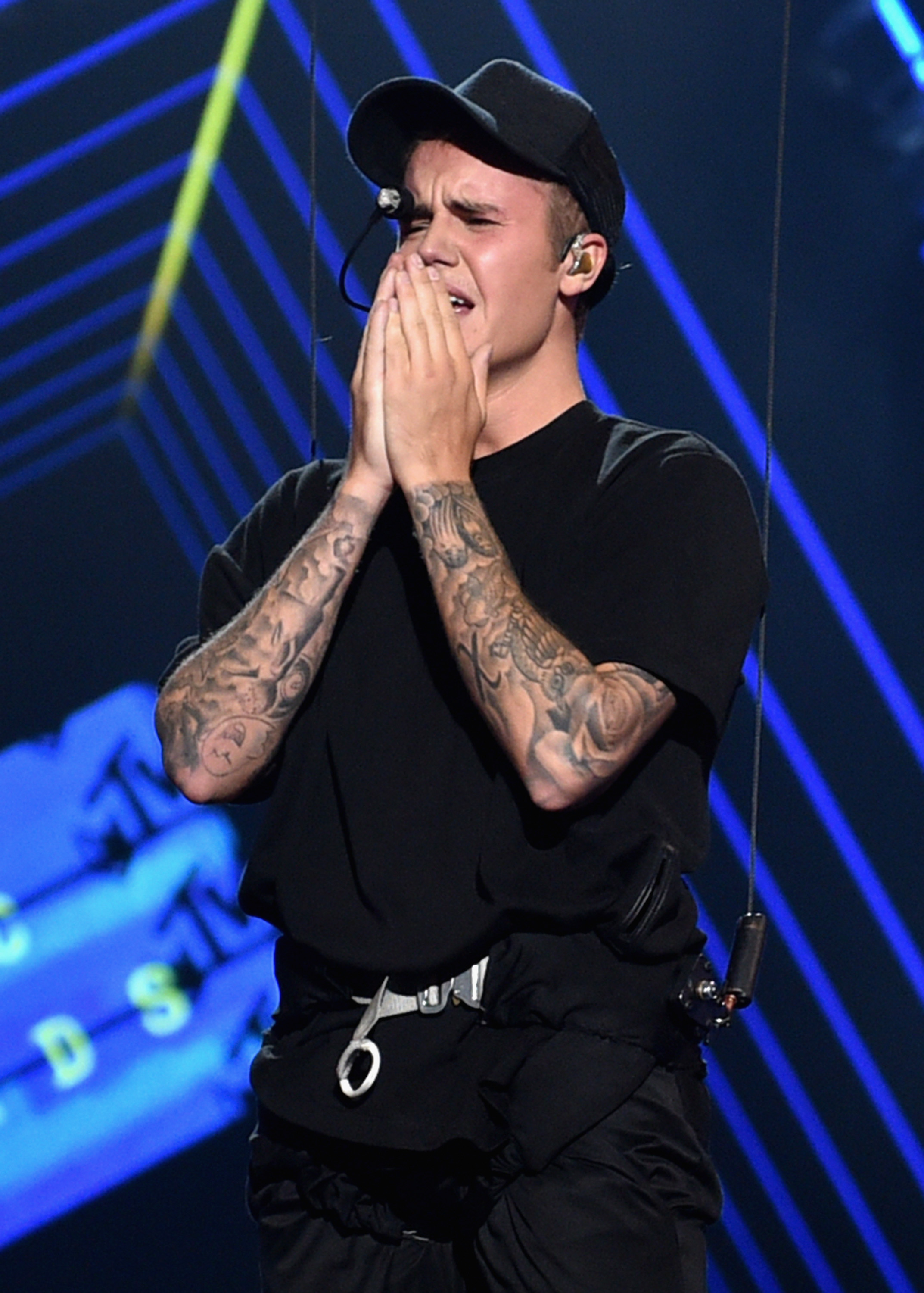 Justin Bieber continued to ruminate on the destructive nature of fame in a new cover story for NME in which he spoke about his emotional response to the recent Amy Winehouse documentary.

“I had tears in my eyes because I could see what the media was doing to her, how they were treating her,” Bieber said of the film. “People thought it was funny to poke her when she was at rock bottom, to keep pushing her down until she had no more of herself. And that’s what they were trying to do to me.”

With his first album in three years, Purpose, set to arrive Friday — and an extensive tour to follow next spring — Bieber has been opening up about his downward spiral and the psychological toll of living under intense media scrutiny from such a young age.

“I just want people to know I’m human,” Bieber said immediately prior to his remarks about Asif Kapadia’s Amy. “I’m struggling just to get through the days. I think a lot of people are. You get lonely, you know, when you’re on the road. People see the glam and the amazing stuff, but they don’t know the other side. This life can rip you apart.”

Bieber similarly addressed the difficulties teen icons face in a Billboard profile, in which he asked “people to be more kind to young celebrities.” He admitted later, “Situations happen that taint your mind. I started going through the motions. I felt like people were judging me all the time. I came out alive. I came out swinging. But I was close to letting [fame] completely destroy me.”

Bieber has safely backed away from that edge in the run-up to Purpose, which has included numerous stops on an apology tour, as well as three hit songs. While working on the album, Bieber told NME he became friendly with Kanye West, another frequently scrutinized figure, who passed on some crucial wisdom to the revitalized pop star.

“Out of anyone in the industry who is creative and I see eye to eye with, he really gets me,” Bieber said. “His advice is always just, ‘Make music that’s so good, people can’t hate on it.’ I didn’t wanna bore him or waste his time. So I was like, ‘Can I play you these songs?’ and he was like, ‘I wanna hear everything.’ To hear him say that, it stuck with me. It just showed that he cared.”